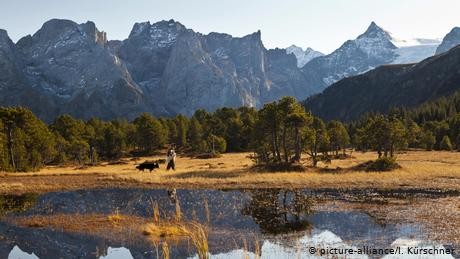 The European Union removed seven countries from its blacklist of tax havens, the bloc's finance ministers said in a statement on Thursday.

The United Arab Emirates and the Marshall Islands were removed from the blacklist, while Switzerland was among the five countries struck from the so-called "grey list."

The EU tax haven lists were set up in 2017 and track jurisdictions that do not cooperate with the bloc on tax matters.

Switzerland, one of the EU's close trading partners, had been on the gray list. The Alpine nation has "delivered on its commitments" to prevent being a tax haven, according to the EU announcement.

The two different lists reflected the level of commitment countries had given to implementing change. Countries on the gray list were being monitored by the EU after promising to commit to EU tax laws.

"Albania, Costa Rica, Mauritius, Serbia and Switzerland have implemented ahead of their deadline all necessary reforms to comply with the EU tax good governance policy," the finance ministers said.

Meanwhile, countries on the blacklist had provided no such commitment to the EU. The UAE was removed completely from this list, after rushing through tax reform in September.

The list has included Switzerland since it was set up in 2017, following the international revelations about global tax scandals in the Panama Papers.

The goal was to "name and shame" countries which support tax evasion by multinationals and wealthy individuals.

"If Switzerland is off this list, it is a success for me," said Pierre Moscovici, European Commissioner for Economic Affairs. "The best list is a short list."

However, the decision has faced criticism from monitors of global tax fraud, including Oxfam.

Chiara Putaturo, Oxfam's EU tax adviser, tweeted that the EU had "whitewashed two of the world's most harmful tax havens."

She also said that "Despite recent reforms, both countries [Switzerland and Mauritius] will continue to offer sweet treats to tax-dodging companies, like very low tax rates, accelerating the race to the bottom on corporate taxation."

The UAE continues to charge no corporate tax, but was removed from the list as it instigated new rules regarding offshore structures in September.

Only nine countries and territories remain on the blacklist: Belize, Fiji, Oman, Samoa, Trinidad and Tobago and Vanuatu, as well the US territories of American Samoa, Guam, and the U.S. Virgin Islands. The number of countries on the list has fluctuated between five and 17 over the last two years.

Around 30 jurisdictions remain on the gray list, which will be up for further review in 2020.