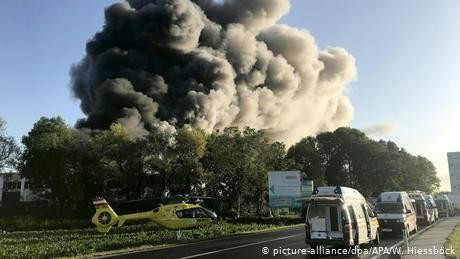 At least five people have been injured in an explosion at a garbage disposal facility near the Linz airport, Austrian authorities said on Thursday.

Two people sustained serious injuries while three others were lightly injured in the blast, police said. Images from the scene showed a thick column of smoke rising from the site.

The cause of the explosion was not immediately clear. A police spokesperson said there were no indications that the blast was caused by a terrorist attack.

The incident reportedly occurred shortly after 8:00 a.m. local time (0600 GMT) at the waste disposal plant, prompting a fire to break out.

Over 250 firefighters are battling the blaze, which spread to two warehouses and has proven difficult to put out, reported Austrian public broadcaster ORF.

Over 20 employees at the plant were in the area when the explosion took place, according to ORF, although the majority of the workers were able to evacuate safely.