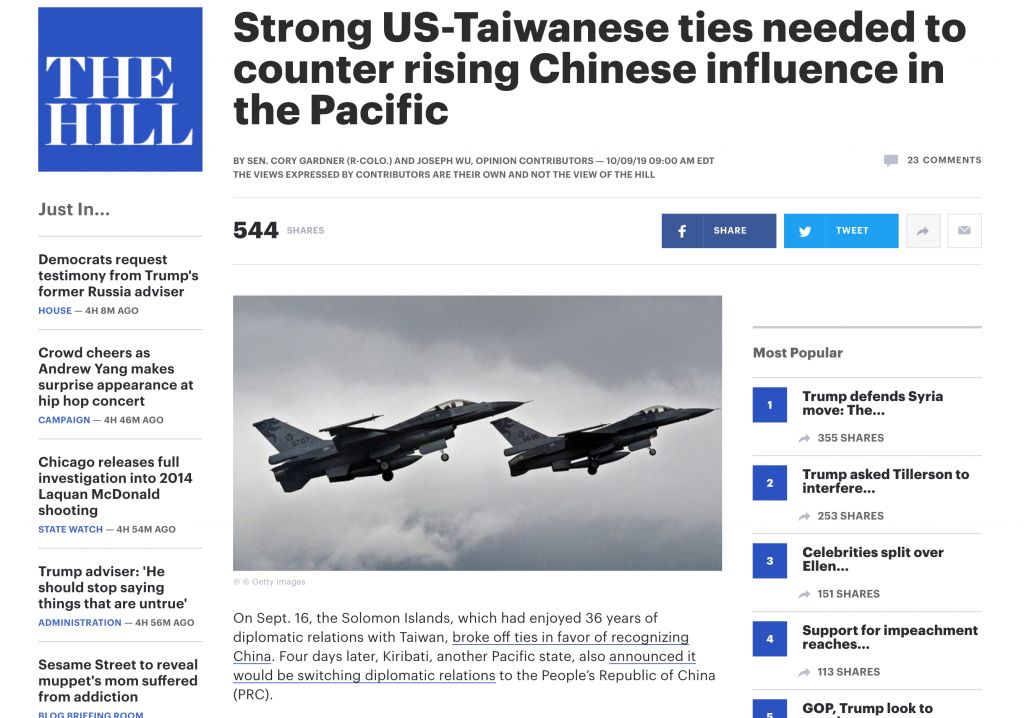 “Taiwan, the U.S., and other democratic actors share similar interests in ensuring that the Pacific remains open and free and that we uphold the existing regional order that has sustained peace and stability over past decades,” said the article. It urged all responsible stakeholders in the region to “see value in Taiwan’s presence in the Pacific and push back strongly against China’s efforts to erode that presence.”

Published on the eve of Taiwan’s National Day, the article refers to the termination of diplomatic relations between Taiwan and two Pacific island nations — the Solomon Islands and Kiribati — last month as part of the Chinese government’s effort to reduce Taiwan’s presence in the international community through the use of “outright bribery, false promises, and debt-trap diplomacy.”

Wu and Gardner expressed concern over China’s intention to expand its sphere of influence and control over the Pacific region, following its mass construction of military facilities and deployment of aircraft in the South China Sea. “A Chinese armed presence in the Pacific will be even more of a direct threat to all free and democratic countries in the region,” said the article, adding that countries that uphold similar values ought to “wake up to the alarm” and take cautious action.