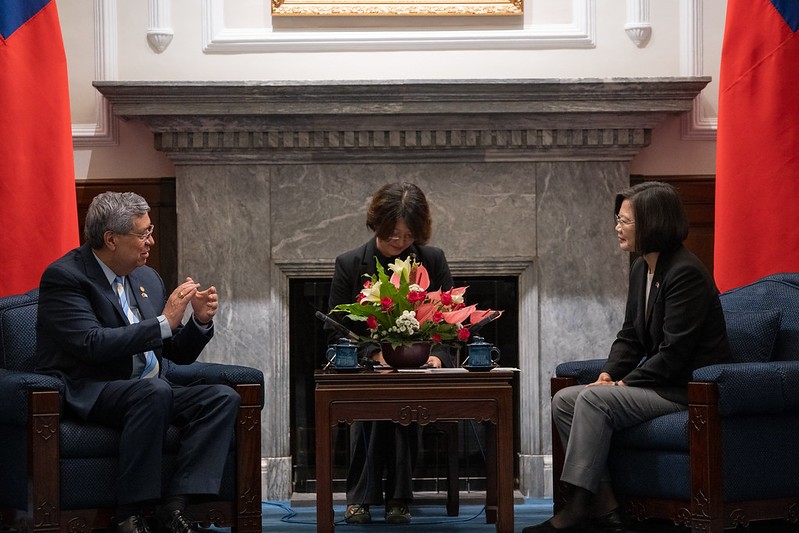 Cabrera last traveled to Taiwan 24 year years ago, when he came as the head of a university. The Guatemalan vice president is visiting the island nation from Oct. 8-12 and will represent his government at the National Day celebration scheduled for Thursday.

Stating that Taiwan and Guatemala share a “brotherly bond,” Tsai said she is pleased to see close, fully developed exchanges between the two countries in areas ranging from health to agriculture. As an example, Tsai noted that Guatemala’s coffee beans are cultivated by local farmers with the assistance of Taiwan’s technical mission and that coffee bean exports have gained great success in the Taiwanese market in recent years.

Tsai added that she looks forward to seeing more collaborations between Taiwan and Guatemala in other fields in the future. She expressed gratitude to Guatemalan President Jimmy Morales for speaking in favor of Taiwan at the UN Global Climate Action Summit last month, and she also thanked the Guatemalan government for supporting Taiwan’s participation in the World Health Assembly (WHA).

Arriving in Taipei on Tuesday, Cabrera attended a banquet hosted by Vice President Chen Chien-jen (陳建仁) the same day. Chen remarked that the governments and people of the two countries cherish such fundamental values as freedom, democracy, and the rule of law, adding that Taiwan wishes to continue working with Guatemala against volatility in the world.

In addition to attending Taiwan’s National Day celebration, Cabrera will also visit a number of public and private institutions during his five-day trip, such as the National Health Insurance Administration and the Kavalan Distillery in Yilan, to gain a better understanding of Taiwan’s socio-economic development, according to the Ministry of Foreign Affairs.