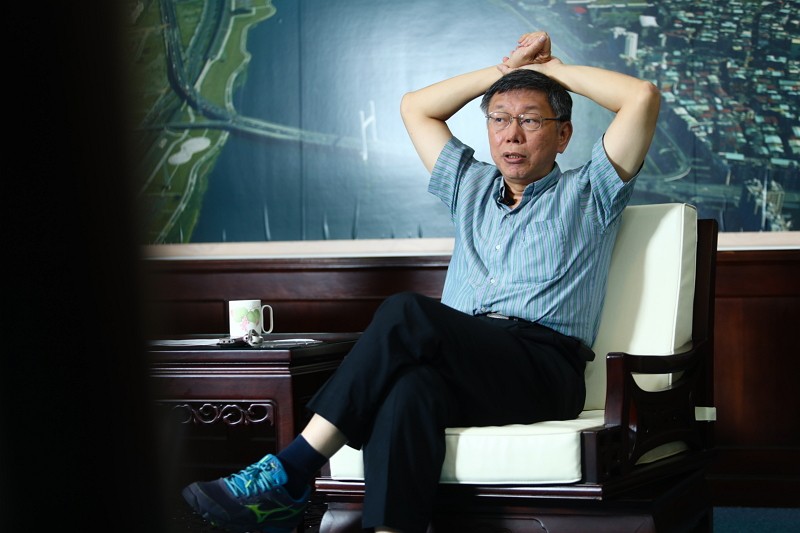 Ko, the founder and chairman of the Taiwan People’s Party (TPP), has been blasted for his ambiguous stance towards China. His suggestion that people of the two sides of the Taiwan Strait belong to a “close-knit family” (兩岸一家親) raised a storm of criticism on the island and alienated pro-independence supporters.

In an interview with CNA, Ko attempted to hammer home the message that “Resentment towards Communist China doesn’t necessarily mean you have to ruffle its feathers.” Being friendly to Beijing is but a gesture of goodwill, he insisted, adding “I don’t need it to pay much attention to me.”

Ko believes that taking a more amiable attitude towards China will help Taiwan engage with the international community, wrote CNA. He also expressed confidence in the U.S. defending Taiwan amid heightened cross-strait relations, rebutting claims that embarking on a path to cozy up with Washington conflicts with developing a good rapport with Beijing.

While denouncing the Tsai Ing-wen administration’s tough approach toward China as a tactic to win votes, Ko suggested that the ruling Democratic Progressive Party (DPP) establish an effective channel to communicate with Beijing. “A lack of contact with China could be dangerous,” CNA quoted him as saying.

What matters most is exerting the positive influence of Taiwan and “Making Chinese people envy life on the island,” Ko argued. “This would be key to the survival of Taiwan,” he concluded.