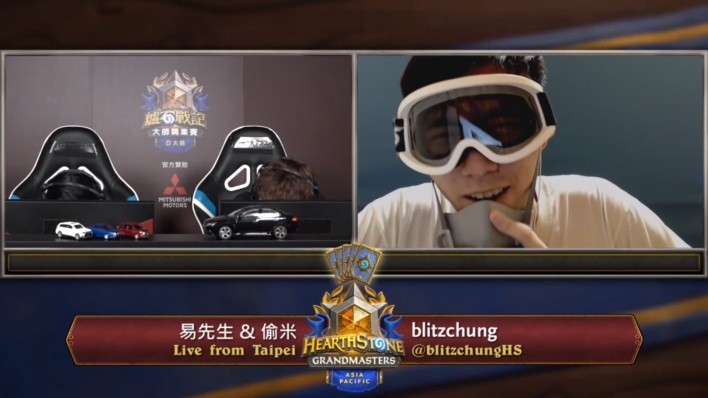 In a post-match interview at Hearthstone Asian-Pacific Grandmasters on Monday (Oct. 7), Hong Kong gamer Chung "Blitzchung" Ng Wai said, "Liberate Hong Kong, revolution of our age!" (光復香港 時代革命). On its Twitter feed, Inven Global then cited Blitzchung as saying, "I put so much effort into that social movement in the past few months that I sometimes couldn't focus on preparing for my Grandmaster match."

On Tuesday, Blizzard's Taiwan branch announced that Blitzchung and two casters had committed a "rule violation" during a post-match interview. Blizzard claimed that the three had violated the 2019 Hearthstone Grandmasters Official Competition Rules section 6.1 (o), which stipulated that:

Engaging in any act that, in Blizzard’s sole discretion, brings you into public disrepute, offends a portion or group of the public, or otherwise damages Blizzard image will result in removal from Grandmasters and reduction of the player’s prize total to $0 USD, in addition to other remedies which may be provided for under the Handbook and Blizzard’s Website Terms.

As a result, Blizzard said that Blitzchung would be removed from the Grandmasters, would not receive any prize winnings, and would be banned from Hearthstone e-sports for 12 months. The video game publisher added that it would "cease working with" the two casters involved.

Unlike all previous announcements, Blizzard disabled comments on the post. The company also deleted the video interview from its official Twitch channel.

In the video of the interview, which can still be accessed on Twitter, the casters can be seen telling him, "Say the eight words and we will finish. We won't talk about anything else. Go ahead and start when you're ready." The two casters then duck their heads beneath the desk as they snicker and Blitzchung confidently shouts "Liberate Hong Kong, revolution of our age!" which is a slogan of the Hong Kong protests.

Blitzchung said the statement was "just another form of participation of the protest that I wish to grab more attention." As for the potential consequences of his protest, he added, "I know what my action on stream means. It could cause me lot of trouble, even my personal safety in real life. But I think it's my duty to say something about the issue," according to Inven Global.

Netizens in Taiwan were incensed at Blizzard's kowtowing to China for the almighty dollar:

"I can't imagine why Bli$$ard would do this."

"Just deleted Hearthstone from my phone."

"Blizzard, you want to make all the money from the 1.2 billion people from China? Be my guest. You can forget about the remaining 6 billion ever buying your products."