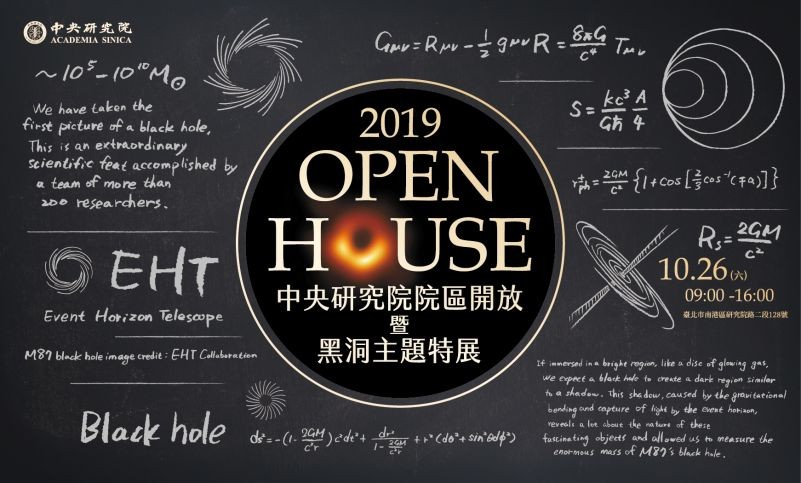 Academia Sinica, Taiwan’s foremost research institution, is gearing up for the annual Open House event Oct. 26 at its base in Taipei City’s Nangang District, spotlighting the ground-breaking efforts of the country’s academics.

Staffers from 31 of AS’s research centers and museums are set to conduct over 300 demonstrations, lectures and hands-on activities for visitors, with the institutions world-class facilities open to all.

The main attraction at this year’s Open House is a special exhibition on the Event Horizon Telescope, a large global array that in April produced the first ever images of a black hole. AS’s Institute of Astronomy and Astrophysics was among the 13 stakeholders from around the world that led the project.

According to AS, the exhibition will feature interactive displays and keynote speeches by people involved in bringing the telescope to fruition. There will also be a games room and guided tours, the institution said.

Additional events are scheduled for those more interested in the social sciences, AS said, adding that it hoped the occasion would help inspire the next generation of academic talent.

Held in 1997, the inaugural AS Open House was timed to coincide with the research institution’s 90th anniversary last year. It received more than 160,000 visitors.