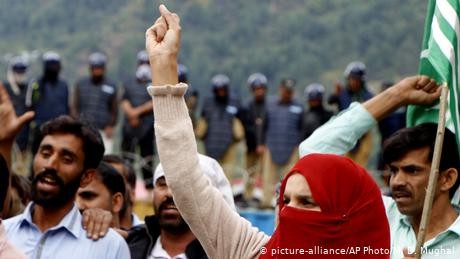 Foreign visitors will once more be welcome in the India-controlled part of Kashmir, local governor Satya Pal Malik announced on Monday evening.

The travel advisory from the Indian government which has been in place for over two months will be lifted from Thursday onward.

On August 2 tourists were told to "immediately" leave the India-controlled part of the disputed region, named Jammu and Kashmir, following concerns about "terror threats."

More than 340,000 tourists and Hindu pilgrims were forced to scramble for buses and planes out of the region after the Indian government issued the travel advisory.

Malik said in a statement after a security meeting that these tourists would be welcome to return after Thursday when the "Home Department's advisory asking tourists to leave the valley be lifted."

Only 150 foreign travelers have visited Kashmir since August 5, compared to half a million in the first seven months of the year. The lush Himalayan valley had been a popular holiday destination for Indians and other foreigners, describing itself as a "paradise on earth."

Since then India has imposed a clampdown on freedom of movement as well as a communications blackout, which is largely still in place.

Malik claimed in his statement that authorities were gradually lifting the curfew, along with internet and telephone restrictions, saying that "all the security restrictions were removed in most parts" of the region.

How safe the region has become is unclear. The UK and other countries still have travel advisories in place and local media report that 10 people were killed in a grenade attack at the weekend.

Protests show no signs of abating

Unrest in the region remains widespread, with thousands marching over the last week towards the Line of Control which divides India- and Pakistan-controlled Kashmir, demanding an independent Kashmir.

Meanwhile, Pakistani Prime Minister Imran Khan is in Beijing in talks with Chinese President Xi Jinping to discuss the security situation in Kashmir.

Both India and Kashmir claim the territory in full. India has received widespread condemnation for its removal of the region's special status, which Prime Minister Modi described as necessary to integrate the region into the rest of India.

There are fears in the region that the removal of the curfew and blackout and return to business as usual may lead to armed resistance and further protests.