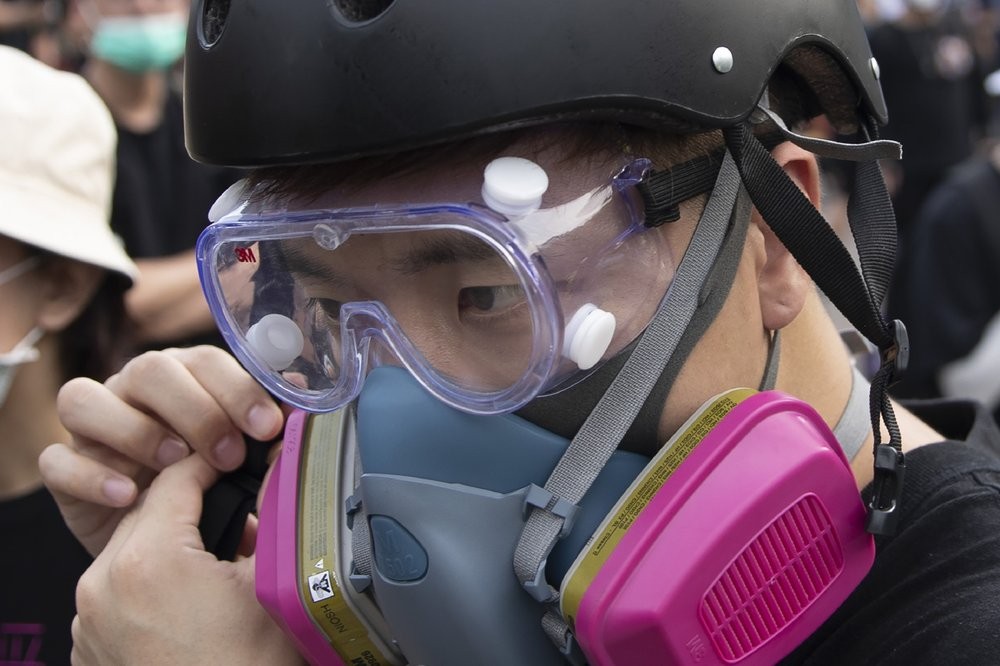 TAIPEI (Taiwan News) — After a controversial mask ban in Hong Kong was enacted by the local government as an emergency measure to help crack down on protesters, people in Taiwan have been anxiously awaiting for Taipei to weigh in on the issue of wearing masks during protests.

The question has been hotly debated in the lead-up to Taiwan’s National "Double Ten Day" celebrations on Oct. 10, when large crowds are expected in Taipei. Speaking at the Legislative Yuan on Tuesday (Oct. 8), Minister of the Interior Hsu Kuo-yung (徐國勇) gave the government’s official position that “face masks are not banned, but they are not encouraged.”

Hsu issued the statement in response to a question from Kuomintang (KMT) lawmaker Lo Ming-Tsai (羅明才) during a policy inquiry regarding the legality of wearing masks at mass public gatherings. Hsu explained that whether one wears a mask or not is superficial, but what must be respected above all is freedom and democracy.

Lo observed that according to the law, it is entirely legal for people to wear masks in public in Taiwan. However, she stressed that the issue needs to be considered rationally because, in the event of criminal behavior, face masks can potentially hinder law enforcement investigations.

In reference to the upcoming National Day parade and celebrations, Minister Hsu said that, in principle, masks remain legally permitted at public gatherings, reports CNA. When Lo expressed concern that such a statement might encourage some people to wear masks, Hsu said that while face masks remain legal, they are not encouraged and that as a mature democracy, Taiwan should not be overly concerned about their use.

Premier Su Tseng-chang (蘇貞昌) agreed with Hsu’s comments, remarking that the "Assembly and Parade Act" (遊行法) has been in place for many years (since 2002). The government has never encouraged the use of masks at such events, and there have been no serious problems involving face masks at previous years’ celebrations, observed the premier. 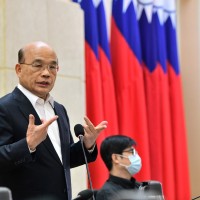