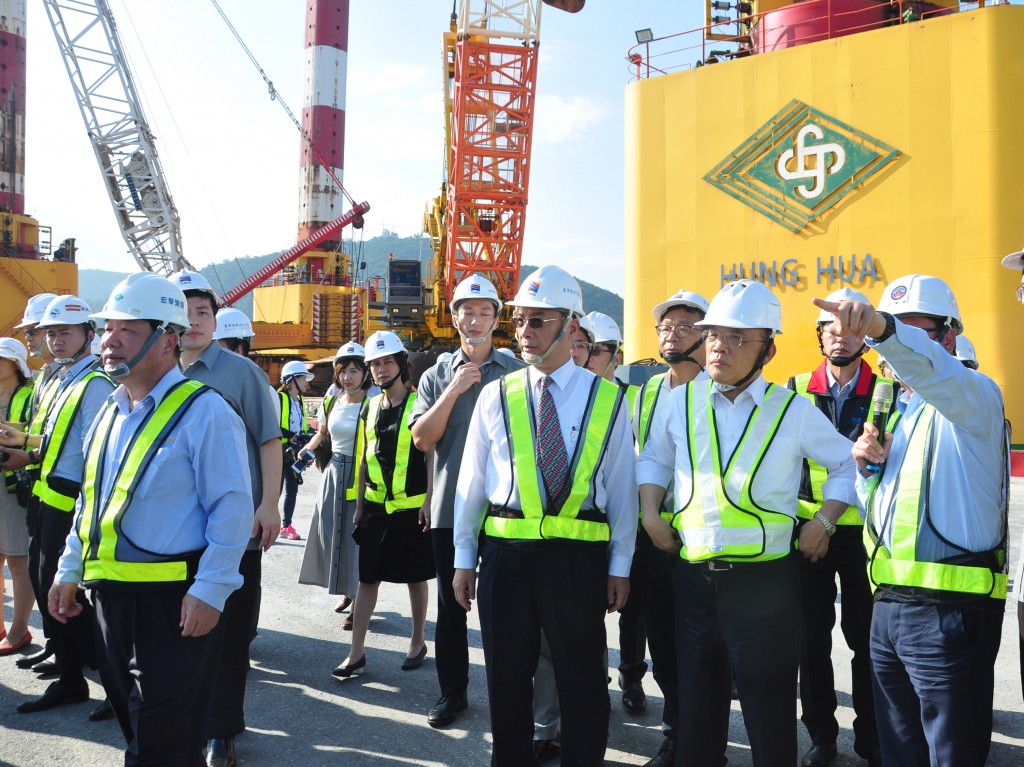 Based on statistics provided by the Ministry of Transportation and Communications (MOTC), following a review by local governments in the wake of the accident, a total of 123 bridges were found to be in "urgent need" of repair in order to ensure public safety, Su said.

Speaking to reporters while inspecting the collapsed Nanfang'ao Bridge in Yilan, the premier urged local governments that have bridges listed by the MOTC to prioritize repair work.

The central government will provide all necessary assistance and funding should there be counties or cities that are financially unable to pay for repair work, he added.

The landmark Nanfang'ao Bridge collapsed at about 9:30 a.m. Oct. 1, injuring nearly a dozen people and killing six migrant workers when it crashed down onto three fishing boats in the Yilan port.

On Monday, Su extended his apologies on behalf of the government, especially to the victims' families and those injured.

He also took time to thank those who helped with rescue efforts in the aftermath of the incident, including the military and police.

According to MOTC Deputy Minister Huang Yu-lin (黃玉霖), who carried out a briefing over the Nanfang'ao situation, phase one of work to remove the bridge will begin Wednesday, when the bulk of its collapsed arches will be removed.

Huang said the project will hopefully be completed as soon as possible and phase two will remove the remainder of the bridge.

Su also pledged that the government would do everything possible to ensure there is no repeat of the incident and added that a new bridge will be built on the site as soon as possible.