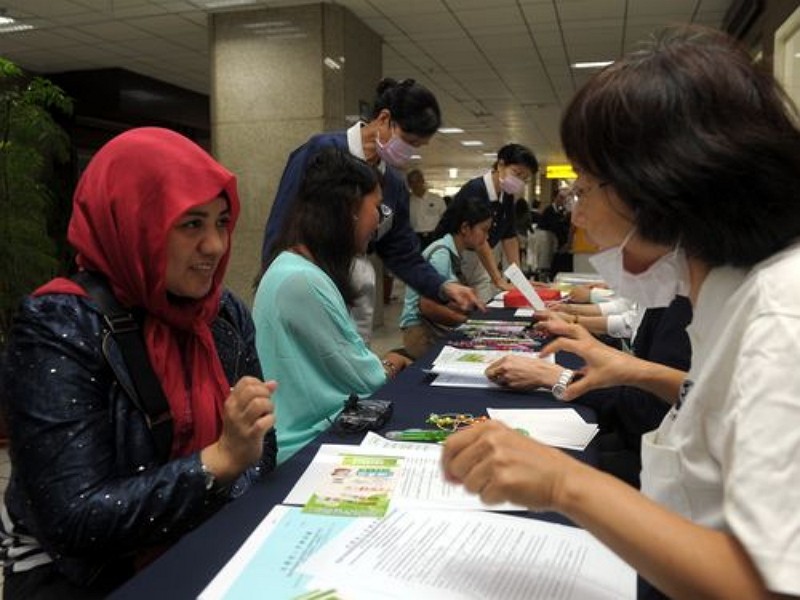 The Ministry of Labor said Monday that it will review the needs-based point system that is used to determine the eligibility for hiring foreign domestic helpers in Taiwan to make the eligibility requirements easier to meet for families with multiple children.

The ministry was responding to a call by Legislator Chen Ying (陳瑩) of the Democratic Progressive Party at a legislative hearing to review the point system in an effort to cope with the country's low birth rate by encouraging people to have more children.

Also present at the hearing was a mother of five who is pregnant and expecting a baby in January.

The mother said she is fond of babies but is burned out by taking care of so many children. As her children are gradually growing up, the points she has accumulated to be eligible to hire a foreign domestic helper have been declining, forcing her to turn to the government for help.

In 2001, Taiwan introduced the needs-based point system, which determines the eligibility for hiring foreign domestic workers. Under the system, applicants must score 16 points or higher in order to be eligible.

According to Taiwan's current regulations, to be eligible to hire a foreign domestic helper, the following conditions must be satisfied: Families with three children or more all aged under three years; or families with linear relatives aged under six years or over 75, to reach 16 points on the evaluation scale.

Chen said at the legislative session that Taiwan's low birth rate has already become a national security issue, prompting the government to roll out a policy to tackle the issue that includes creating an ideal environment for raising children and injecting more resources to reduce the burden on parents.

In Taiwan, according to 2018 statistics, there were 4,680 families with four children, Chen said, adding that the government should review the needs-based point system to allow more people to be able to hire foreign domestic helpers.

In response, Workforce Development Agency Director-General Huang Chiu-kuei (黃秋桂) said that applications for hiring foreign domestic helpers are subject to strict review, adding that the ministry will study the feasibility of using a weighting system to calculate the accumulated points for families with three or more children.