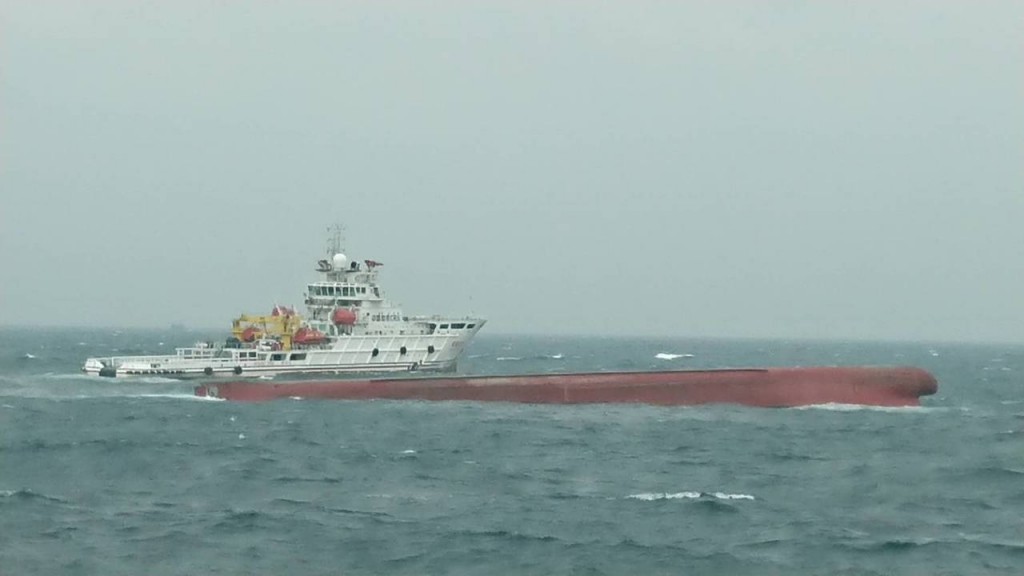 TAIPEI (Taiwan News) — A ship transporting ocean sand capsized in the Taiwan Strait on Sunday (Oct. 6), and another ship nearby also began to take on water, prompting both ships to send out distress signals that were answered by Taiwan, China, and Hong Kong.

Currently, the 12-person crew of the capsized ship, the Tung Hong (東泓), is missing at sea. The other ship, the Chia Liang (嘉良), also reportedly began to sink, but its 13 crew members were rescued from the endangered vessel.

The ships' crews likely found themselves in perilous waters when they sent out the signals. Wind gusts were reportedly very strong on Saturday and Sunday, with waves of up to six meters high battering the ships near the centerline of the Taiwan Strait.

Rescue personnel from China reportedly knocked on the overturned hull of the Tung Hong, searching for crew members potentially trapped in the overturned ship, but they received no response. The aircraft reportedly searched the waters for hours but were unable to find any crew members from the Tung Hong and had to leave the area due to lack of fuel.

Both of the merchant transport vessels are registered in China and may have been involved in the illegal activity of harvesting ocean sand to sell to construction firms in China. UDN reports that the capsized vessel was still anchored when it overturned. 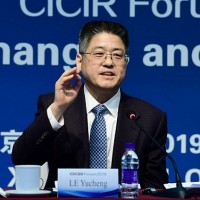