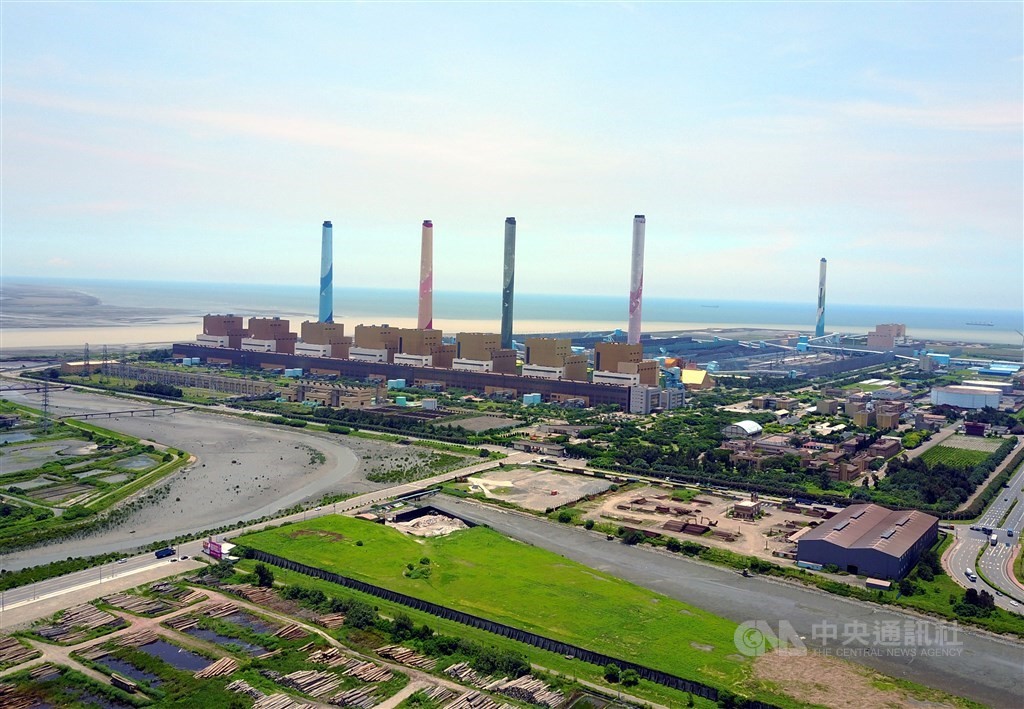 The Taichung City government is considering ordering the Taichung Power Plant to suspend operations of four of its generators after the largest power plant in the country has been repeatedly found to have discharged polluted wastewater.

The most recent tests, conducted Sept. 19 on waste water from the plant's No. 5-8 generators, showed a level of the chemical element boron at 121 milligrams per liter (mg/L), 24 times higher than the maximum allowable level of 5 mg/L, said Wu Chih-chao (吳志超), head of the city's Environmental Protection Bureau.

Boron can cause male reproductive toxicity and is found to be harmful and should not be used by pregnant women because it has been linked to birth defects.

According to Wu, this is the fifth violation of environmental protection laws this year incurred by the coal-fired plant. The plant has previously been found to have discharged polluted waste water containing nitrate nitrogen Jan. 9, March 6 and March 21, and found waste water containing suspended solids April 10 in the plant's number 1-4 generators, he noted.

The violations were found in 15 random tests conducted in the first nine months of this year, he said.

The city government has already instructed the plant to submit an improvement proposal within 14 days or it could face either a fine of NT$20 million (US$641,436) or a suspension of its No. 5-8 generators, he added.

The city had previously levied a NT$25.62 million fine for the four previous violations by the plant.

Asked to comment, state-run Taiwan Power Co. (Taipower), the owner of the Taichung Power Plant, apologized over the plant's latest violation, saying that the plant is doing its best to improve its wastewater treatment capacity with the construction of a new wastewater treatment plant, which could begin operations in December.

Meanwhile, Minister of Economic Affairs Shen Jong-chin (沈榮津) stressed that Taiwan will not face power shortages even if the Taichung government orders the four generators of the power plant to suspend operations.

Shen said Taiwan is currently operating at a reserve margin of 10 percent, which means a relatively stable power supply.

According to Taipower statistics, the 10 generators of the Taichung Power Plant contribute about 15 percent of the country's total power annually.