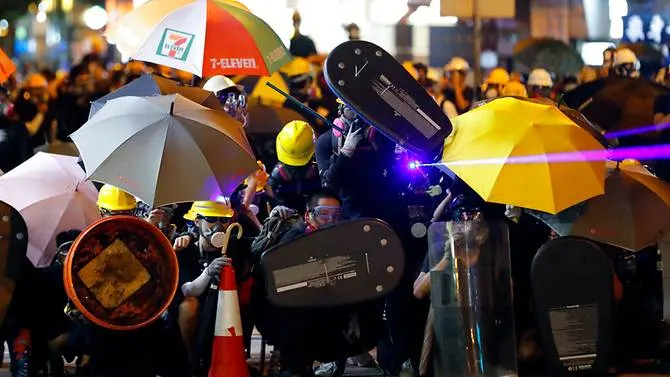 In response to the laser pointers, the PLA soldiers on the roof of the garrison displayed a yellow warning flag and cautioned the protesters in Cantonese that they will be responsible for any consequences of their actions. According to CNA, this is the first time in almost five months of unrest that protesters have had direct interaction with the PLA troops in the garrison.

The main PLA headquarters in Hong Kong is located on Hong Kong Island next to the Central Government Complex. However, the PLA maintains several small garrisons throughout the Special Administrative Region (SAR). The incident involving the laser pointers occurred at the East Kowloon PLA garrison.

Soldiers guarding the compound declared that protesters were in violation of the law and that they were likely to face prosecution. The incident occurred during a protest march through the area. CNA reports that the protesters did not linger and that the situation did not escalate beyond the warning. 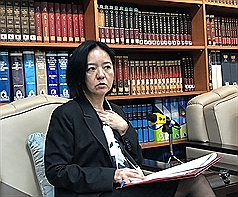