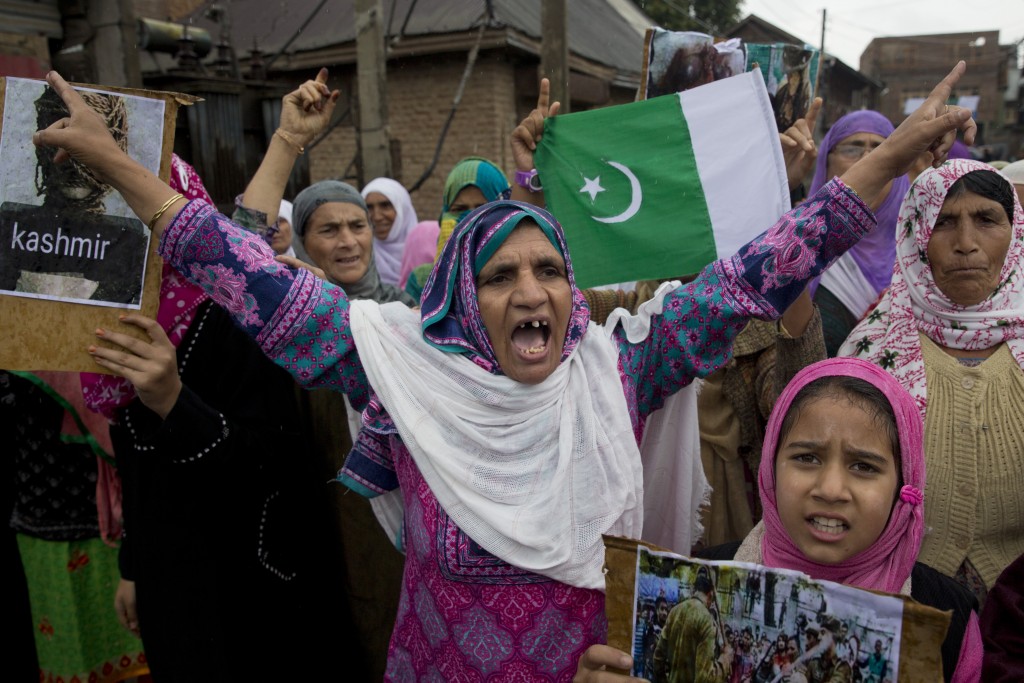 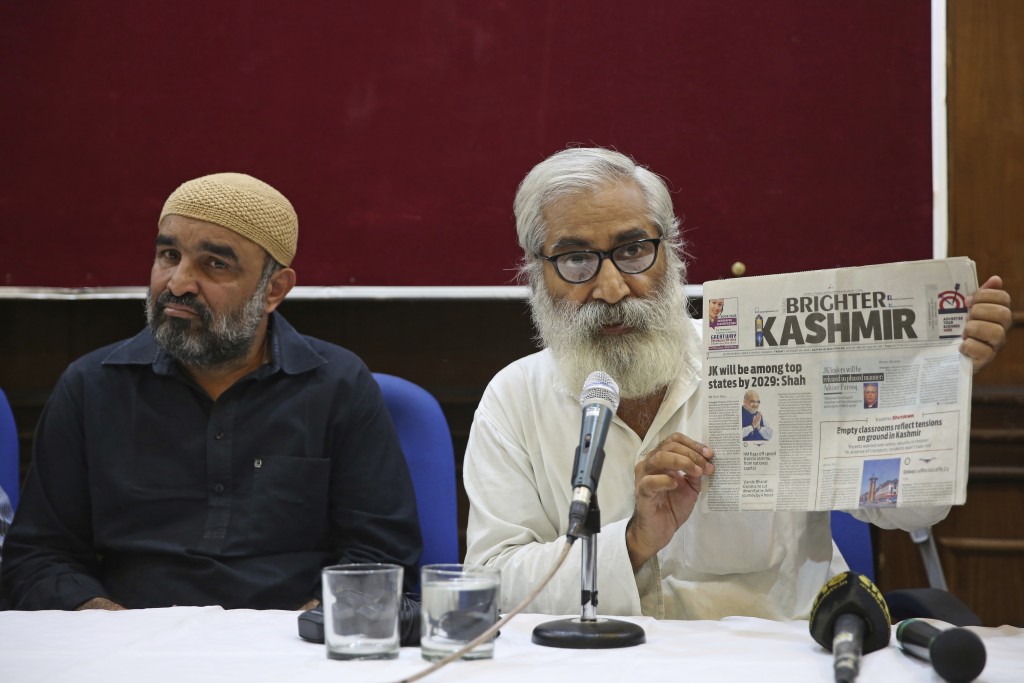 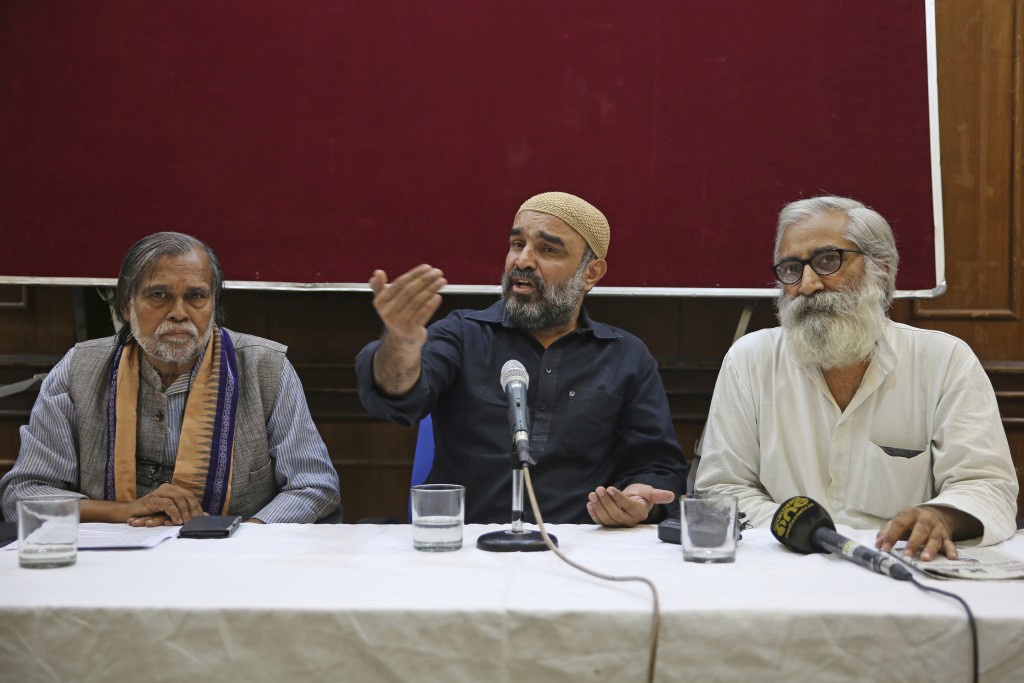 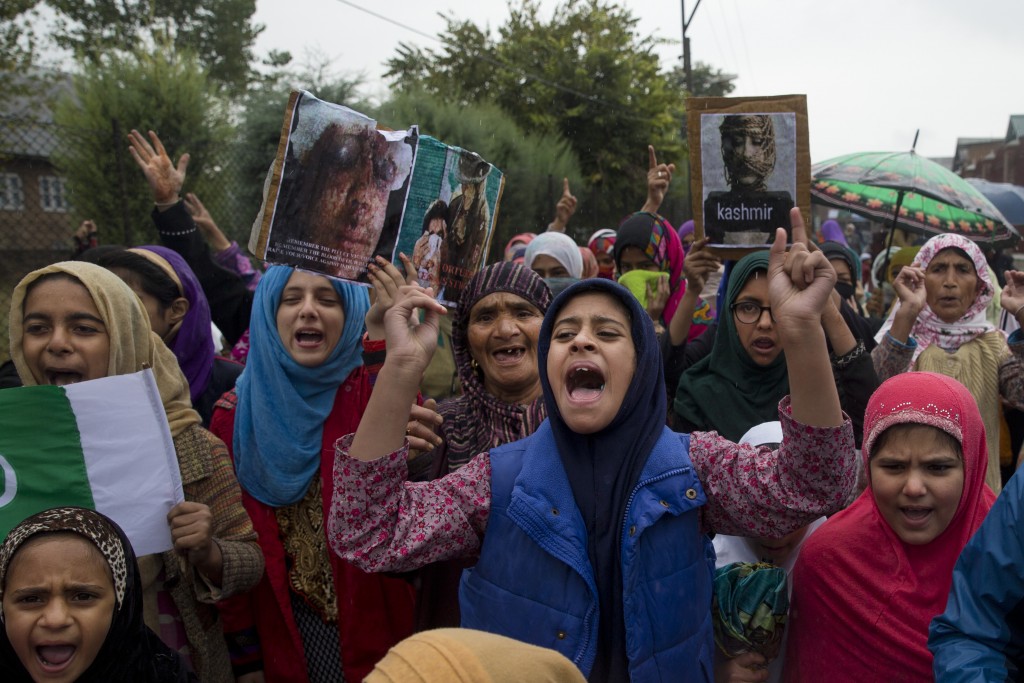 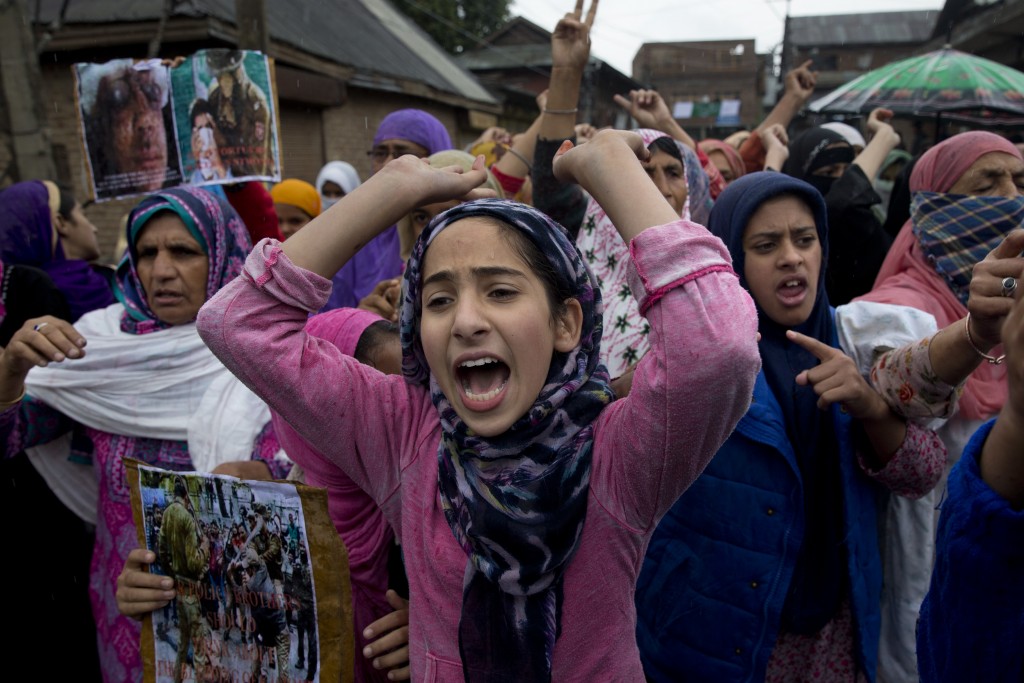 NEW DELHI (AP) — A U.S. senator and a well-known Indian activist were barred from visiting Indian-administered Kashmir, the disputed Himalayan territory where at least 10 people were injured Saturday in a grenade blast as a government security and communications lockdown entered a third month.

Director General of Police Dilbagh Singh said the blast was caused by a militant attack and occurred near the office of a civil administrator in Anantnag.

He said a police official and a journalist were among those hurt and suffered minor injuries.

"It was a militant attack," he said, without elaborating. "Police are probing to identify and nab the culprit."

Since removing several constitutional provisions in August that gave the state of Jammu and Kashmir semi-autonomy, Indian authorities have flooded the Kashmir Valley, the heart of a decades-old armed insurgency, with thousands of additional troops.

Mobile internet and phone services have been cut and landline phone access remains spotty, disrupting daily life and business in the valley, home to about 7 million people. More than 2,000 people, including mainstream political leaders, are locked up or under house arrest.

"Prevention detention in five-star hotels with good facilities with TVs and books and all those things is a temporary measure to ensure law and order in the state," PTI quoted Mahdav as saying.

Sen. Chris Van Hollen, part of a U.S. congressional delegation visiting India on trade and other issues, told reporters Friday in New Delhi that the Indian government had denied his request to travel to Kashmir.

The Maryland Democrat said Washington was "closely monitoring the humanitarian situation" in Kashmir. The House Foreign Affairs Committee is scheduled to hold a hearing on human rights in South Asia later this month, and Kashmir is expected to be a focus.

Sandeep Pandey, an education reformer, said he and other activists were barred from leaving the airport in Srinagar, the region's main city, where they had traveled Friday for an informal fact-finding mission.

"We were held up and we don't know what it was done," Pandey said at a news conference Saturday in New Delhi.

The district magistrate restricted him from traveling beyond the arrivals lounge, citing a law that limits public gatherings, according to a copy of the order.

The 54-year-old intended "to organize protests" against the constitutional changes in Kashmir, according to the order. Pandey denied the charge.

No foreign journalists have received permission from the Indian government to report in Kashmir since Aug. 5, although Indian citizens who work for foreign news organizations, including The Associated Press, have been able to report from the region.

The conflict over Kashmir began in late 1940s, when India and Pakistan won independence from the British Empire and began fighting over their rival claims.

A full-blown armed rebellion has raged in Indian-controlled Kashmir since 1989 seeking a united Kashmir — either under Pakistani rule or independent of both countries.

About 70,000 people have been killed in the uprising and an Indian military crackdown. India accuses Pakistan of training and arming the rebels, a charge Islamabad denies.