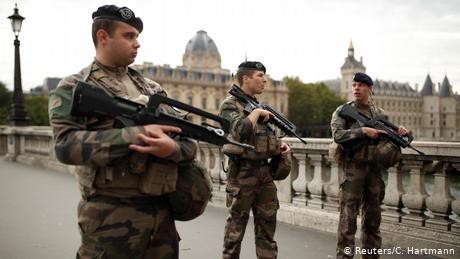 A staffer at Paris police headquarters who killed four colleagues in a knife attack on Thursday seemed to have believed in "a radical vision of Islam," anti-terror prosecutor Jean-Francois Ricard said Saturday.

The assailant, a 45-year-old civilian computer expert who converted to Islam about 10 years ago, was in contact with members of the Salafist Islamist movement, Ricard told reporters.

Police Chief Didier Lallement said on Friday that the attacker, like everyone in the intelligence division, received a high level of security screening.

He had worked for the Paris police force since 2003 did not have a history of psychiatric problems.

Ricard said the autopsies "attest to a scene of extreme violence" in an attack that lasted seven minutes, adding that two knives used
had been purchased by the killer.

The man "agreed with certain atrocities committed in the name of [Islam]" and defended the Charlie Hebdo attacks in 2015, Ricard said.

The suspect, who was shot dead during the attack, exchanged 33 text messages with his wife ahead of the attacks, all of which were of a religious character, Ricard said, adding that the suspect's wife is in police custody until Monday.

France suffered Islamist terrorist attacks in 2015 and 2016 that killed 237 people.