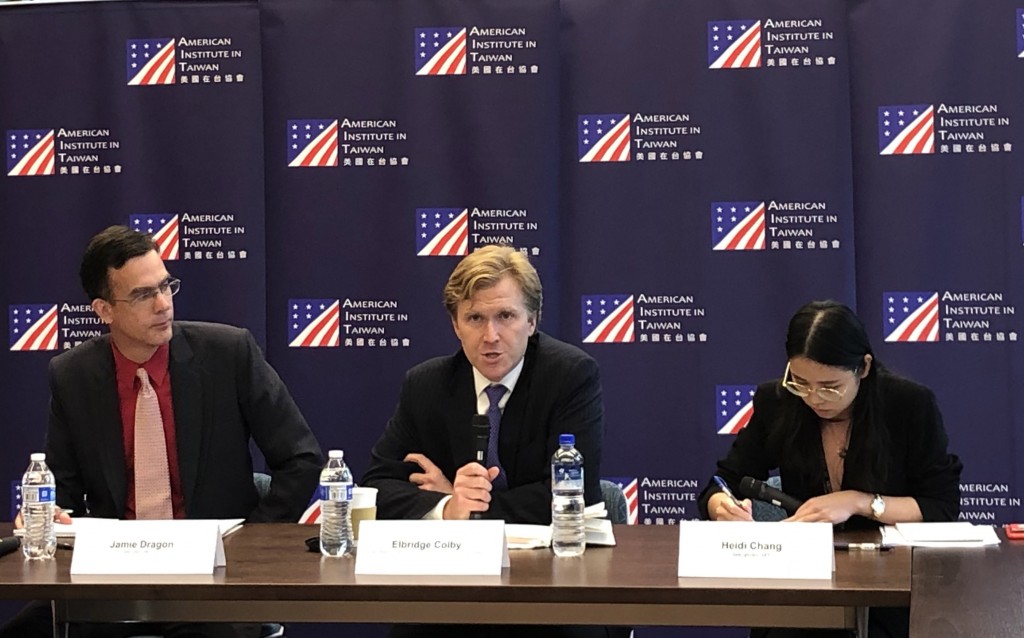 TAIPEI (Taiwan News) – A former U.S. defense official is urging Washington to help Taiwan boost its asymmetric warfare capabilities rather than engaging in showboat diplomacy, such as sending ships through the Taiwan Strait.

Elbridge Colby, who previously served as Deputy Assistant Secretary of Defense for Strategy and Force Development, is currently visiting Taiwan. He made his comments to media at a seminar on Friday (Oct. 4), reported Liberty Times.

Taiwan, which he described as “very vulnerable” as China ratchets up its military ambitions, should be more serious about bolstering its defense capabilities. The U.S. would be more willing to give assistance to a “rock-solid” Taiwan, he added.

The former official believes Taiwan should focus on deploying precision strike missiles and enhancing its electronic warfare preparedness to counter Beijing, wrote CNA. Washington would be advised to help the island establish troops that can use lethal force, he argued, even though this would have a higher political risk.

Such engagement would be more meaningful and effective than symbolic maneuvers such as the U.S. Navy sending vessels to patrol the Taiwan Strait, or making port calls in Taiwan, the report quoted Colby as saying.

A U.S. guided missile cruiser sailed through the Taiwan Strait on Sept. 20, the day Taiwan severed diplomatic ties with Pacific island nation Kiribati. Also, a U.S. Navy research vessel anchored off the Port of Keelung in August for replenishment of supplies and exchanges.