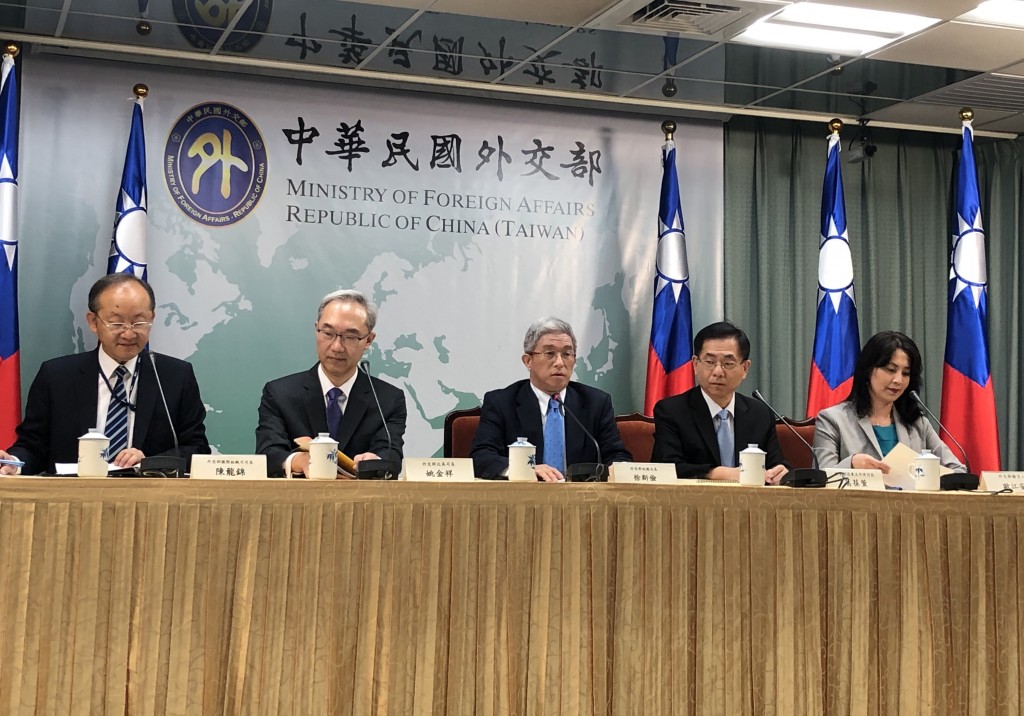 TAIPEI (Taiwan News) — The U.S. authorities are set to convene with Taiwanese officials at the first Pacific Island Dialogue, as the island nation faces up to the increasing challenge of keeping its allies from the lure of China.

At a press conference held on Saturday (Oct. 5) morning, Taiwan’s Ministry of Foreign Affairs (MOFA) announced the Pacific Island Dialogue, co-hosted by the ministry and the American Institute in Taiwan (AIT), will be held in Taipei on Monday (Oct. 7).

This will be the first time after Taiwan and the U.S. cut official ties in 1979 that senior U.S. state department officials will visit the country to hold talks with Taiwanese authorities about regional affairs, said Hsu Szu-chien (徐斯儉), deputy foreign minister. It has been revealed that Sandra Oudkirk, deputy assistant secretary at the Department of State Bureau of East Asian and Pacific Affairs, will lead the U.S. delegation, on her first trip to Taiwan after taking up the post in July.

The ministry, however, denied the dialogue is linked to the end of diplomatic relations between Taiwan and its two Pacific allies — the Solomon Islands and Kiribati — last month. It said the event had been in the works for about six months.

The dialogue will provide an opportunity for Taiwan, the U.S., and partner countries to explore ways to facilitate assistance projects and maximize joint efforts in the Pacific region, said Hsu. According to the ministry, ambassadors from Taiwan’s allies, and foreign representatives from Japan, New Zealand, Australia, Canada, as well as other nations sharing similar values have also been invited to the event.

Baushuan Ger (葛葆萱), director-general at the foreign ministry responsible for East Asian and Pacific Affairs, acknowledged the event will be focused on maintaining Taiwan’s allies in the Pacific. Taiwanese officials and their U.S. counterparts will also discuss matters related to Asia-Pacific Economic Cooperation (APEC), another official said.