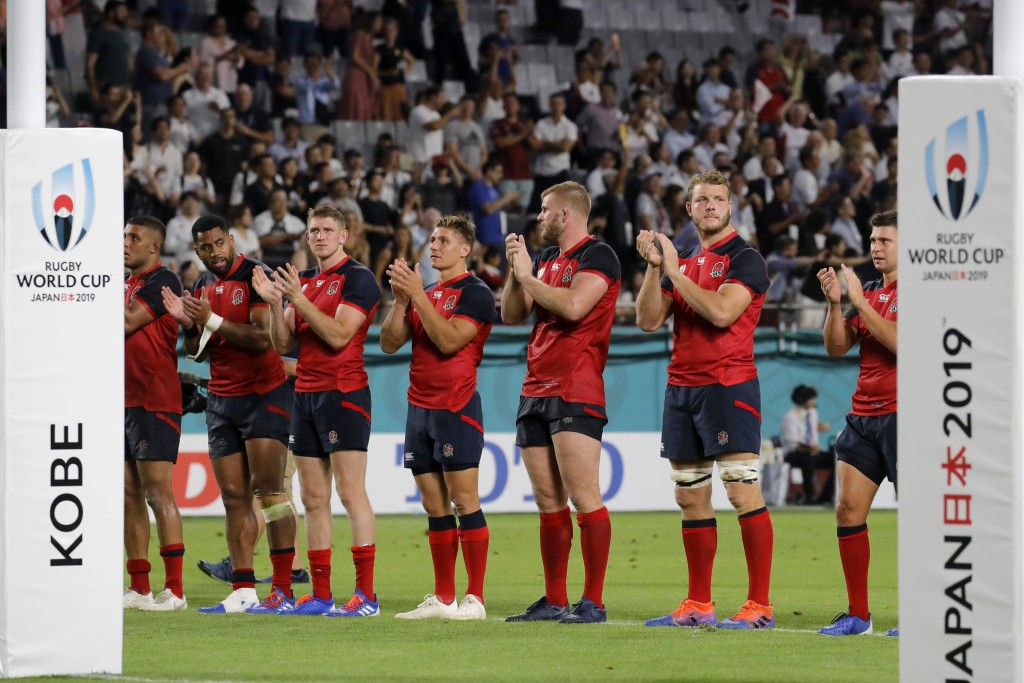 Eddie Jones' England squad can secure a quarterfinals spot with another win. Argentina would be all but out of contention with another loss after losing 23-21 to France in its opening game.

England missed out on the quarterfinals in 2015, becoming the first Rugby World Cup tournament host nation to fail to get out of the group stage.

In the opening game on Day 16, two-time champion Australia takes on Uruguay at Oita.