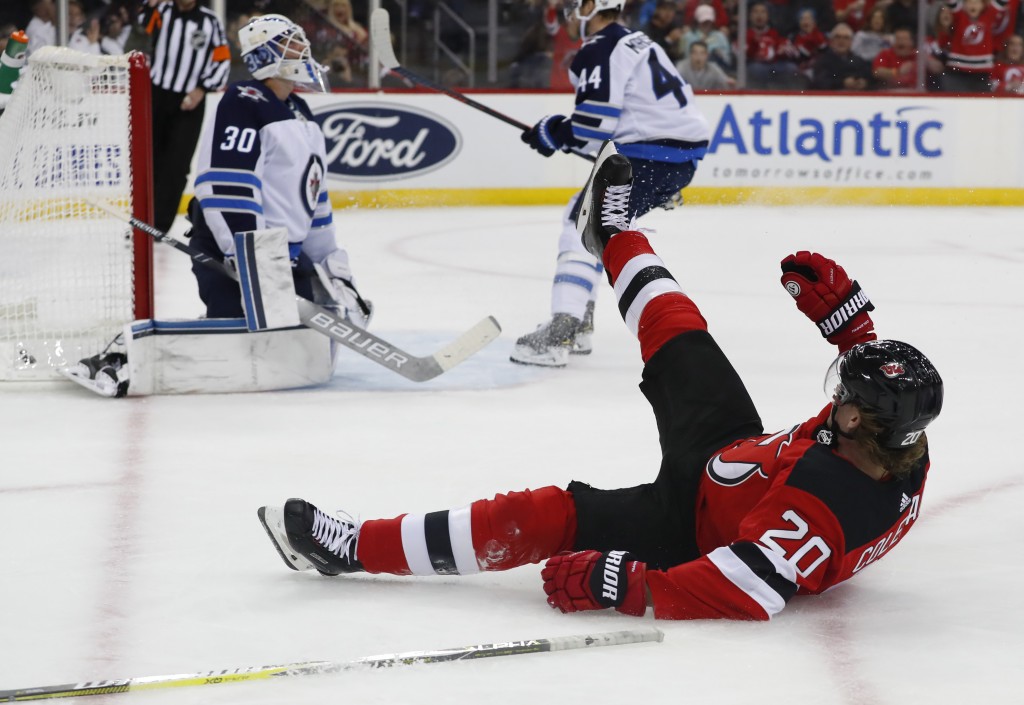 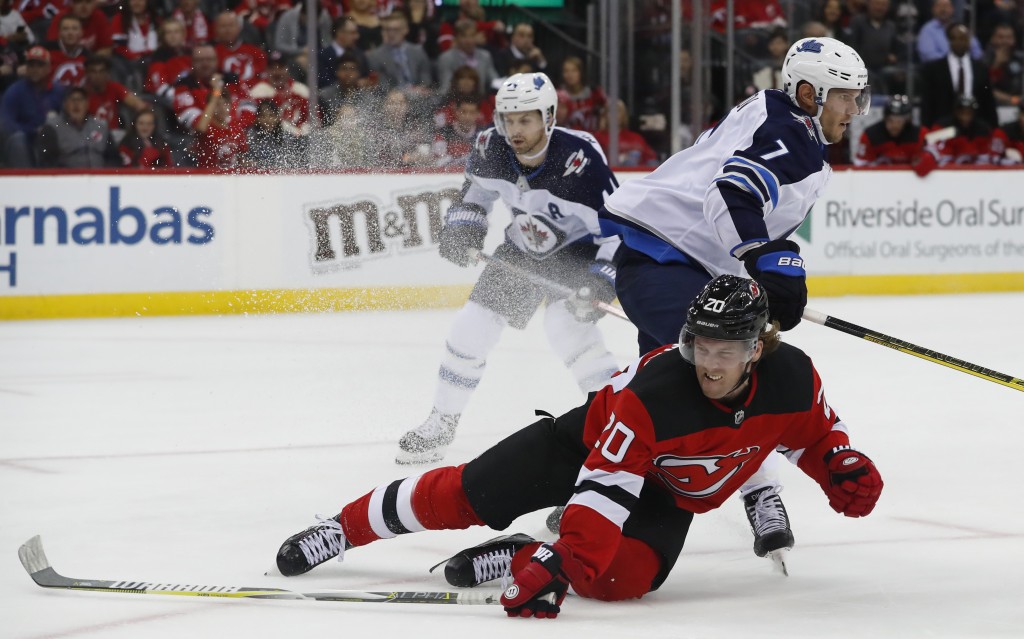 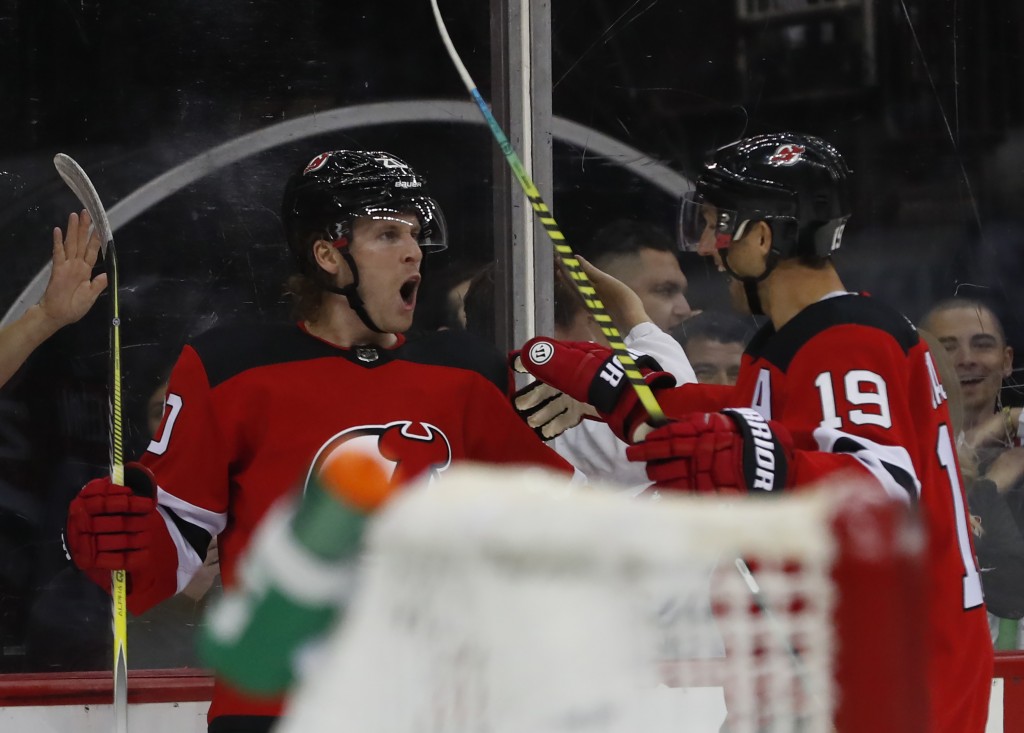 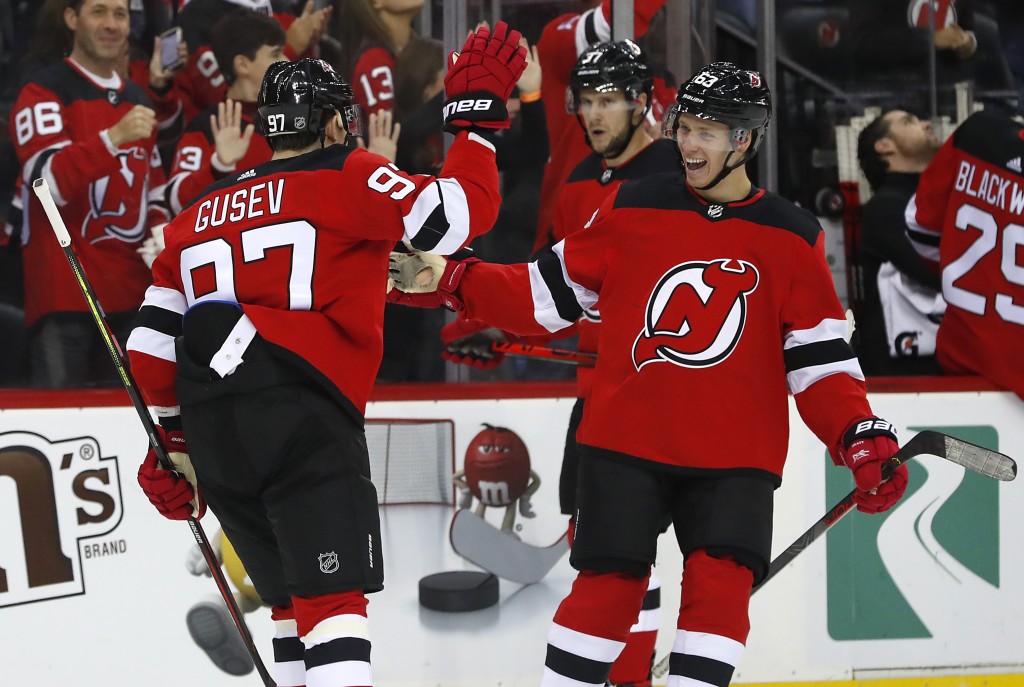 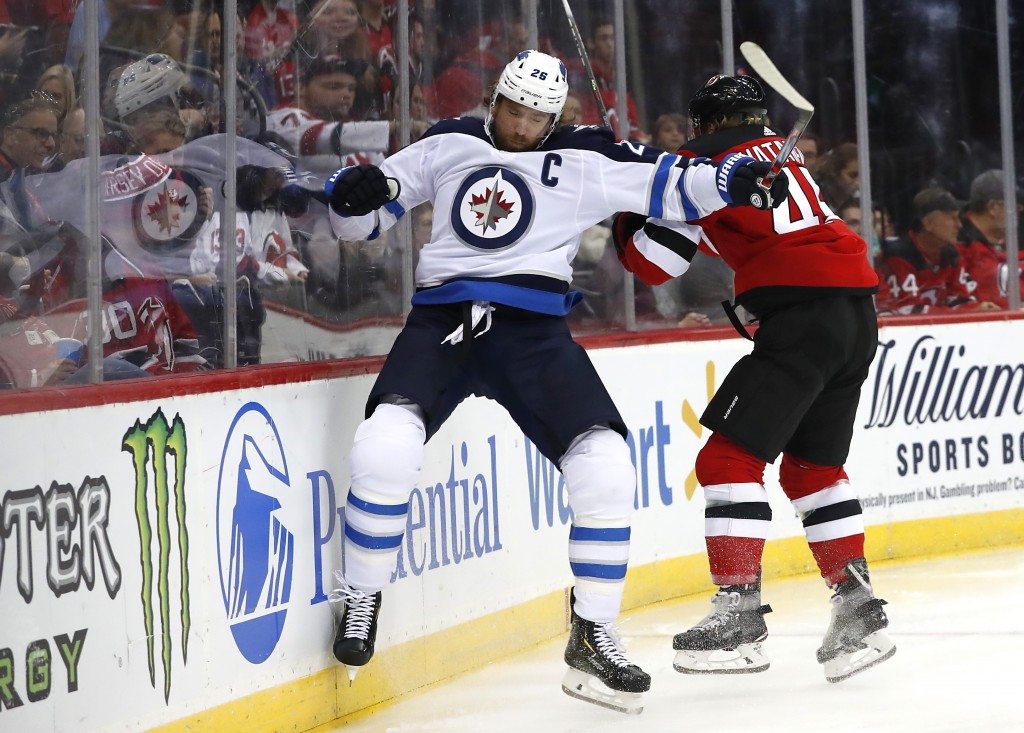 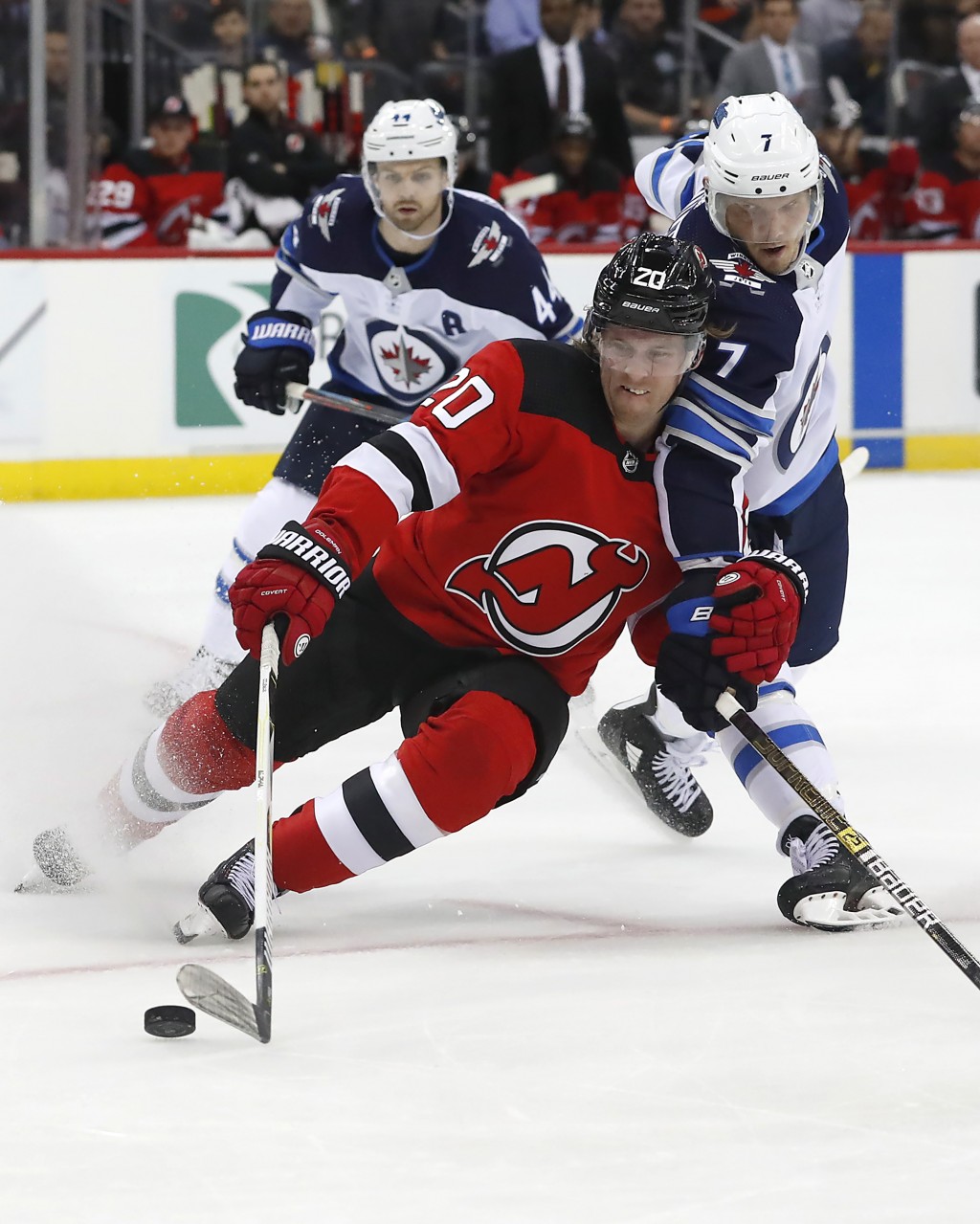 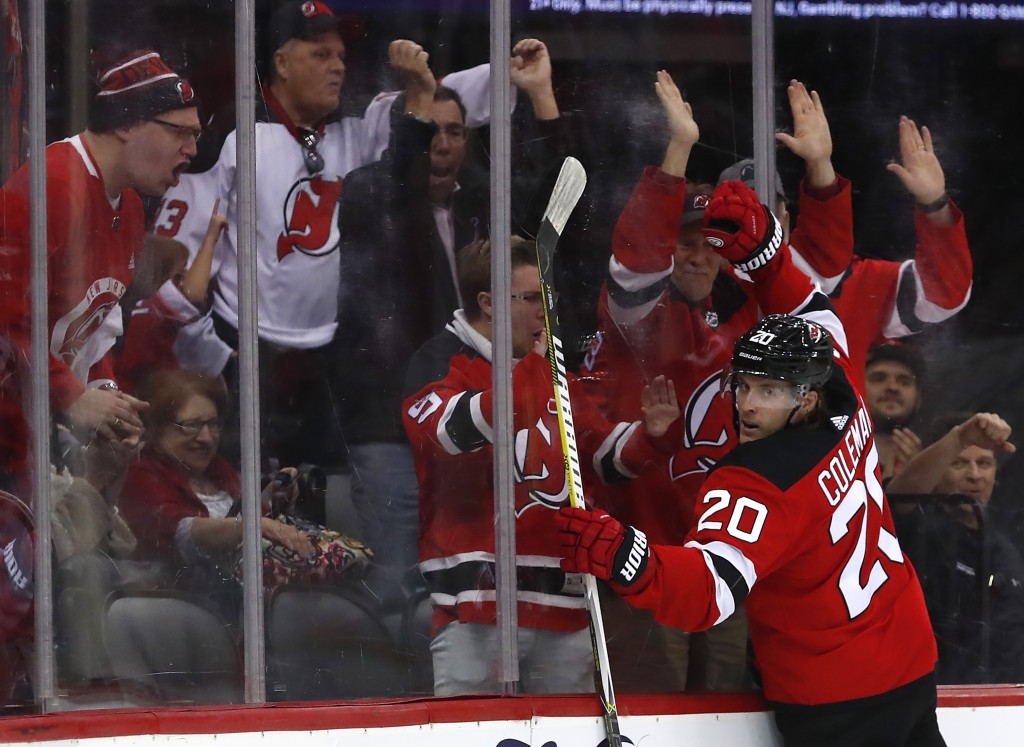 NEWARK, N.J. (AP) — Kyle Connor and Blake Wheeler scored shootout goals and the Winnipeg Jets spoiled the debut of No. 1 overall pick Jack Hughes by rallying from a 4-0 deficit to beat the New Jersey Devils 5-4 on Friday night.

Dmitry Kulikov, Jack Roslovic, Mathieu Perreault and Neal Pionk scored for the Jets. Laurent Brossoit was outstanding in making 35 saves. He made three stops in the shootout, including one on a shot by Hughes.

Blake Coleman had two goals for New Jersey, including a spectacular one-handed shot while falling down. Nilita Gusev also tallied in his first NHL game and Sami Vatanen added a goal for the Devils, while defenseman P.K. Subban had two assists.

Wheeler, who hit the post with the net wide open in the closing seconds of regulation, got the game winner with a backhander into the top of the net against Mackenzie Blackwood, who replaced an injured Cory Schneider early in the Jets' three-goal third period.

Trailing 4-0 in the final minute of the second period, the Jets started their comeback with 11 seconds left when Kulikov beat Schneider on a shot from the point.

It didn't seem like much until the Jets turned it on in the third period despite playing their second game in 24 hours.

Roslovic cut the lead in half, scoring on a rebound at 2:41. Schneider was hurt either making the initial save or on the goal, and he had to come out of the game.

Shortly after making a stop in close on Nico Hischier, Perreault cut the lead to 4-3 at 7:17on a shot from between the circles.

Pionk tied the game with 7:25 left in regulation on a shot that eluded a screened Blackwood.

For the first 39 minutes, the sellout crowd had nothing but cheers for their new-look Devils, whose lineup included newcomers Wayne Simmonds, Subban and Gusev.

The highlight was Coleman's one-hand shot with the butt of his stick that went over the glove of a stunned Brossoit.

Gusev gave the Devils a 1-0 lead in the first period and Coleman sandwiched goals around one by Vatanen to seemingly put them in control.

NOTES: For the second straight game the Devils were called for a too many men on the ice penalty. ... Subban had a big hit early, knocking down Connor in center ice. ... Hughes had a great scoring chance in close but was stopped in the third.

Devils: At Buffalo on Saturday night.