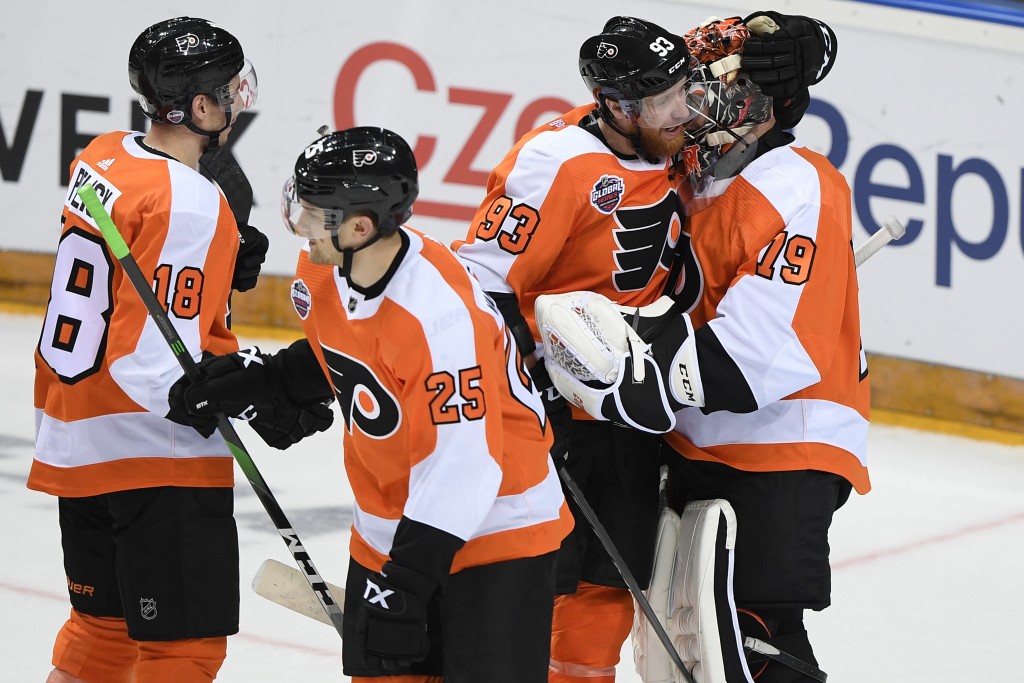 PRAGUE (AP) — Travis Konecny had two goals and coach Alain Vigneault won his debut with Philadelphia, directing the Flyers to a season-opening 4-3 victory over the Chicago Blackhawks on Friday night.

Oskar Lindblom and Michael Raffl also scored for the Flyers in front of a sellout crowd of 17,463 at Prague's O2 Arena as part of the NHL's Global Series. Carter Hart stopped 28 shots.

It was the first regular-season game outside of North America in Philadelphia's 52-year history.

Patrick Kane had a goal and two assists for Chicago, which opened the 2009-10 season in Finland. Alex Nylander and Alex DeBrincat also scored.

Vigneault became the 21st coach in Flyers history in April. He also has coached Montreal, Vancouver and the New York Rangers.

Devon Toews scored for the Islanders, and Semyon Varlamov made 26 saves.

Auston Matthews had a goal and a pair of assists, and Cody Ceci — who came from Ottawa in an offseason trade — got his first goal as a Maple Leaf. Cam Atkinson scored for the Blue Jackets in a sixth straight season opener, the longest active streak in the NHL.