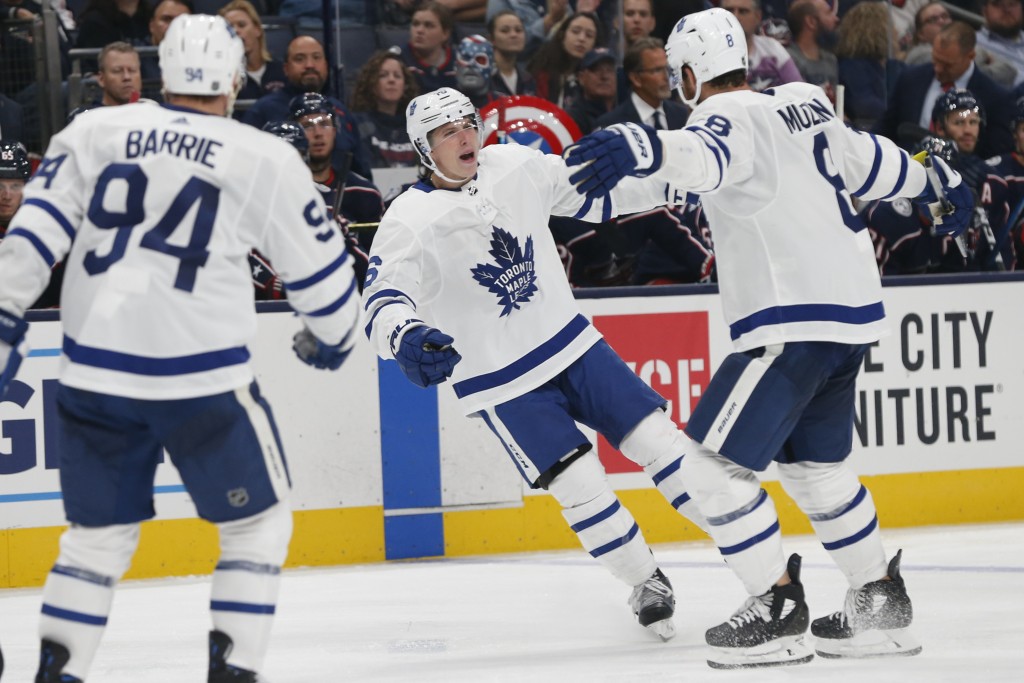 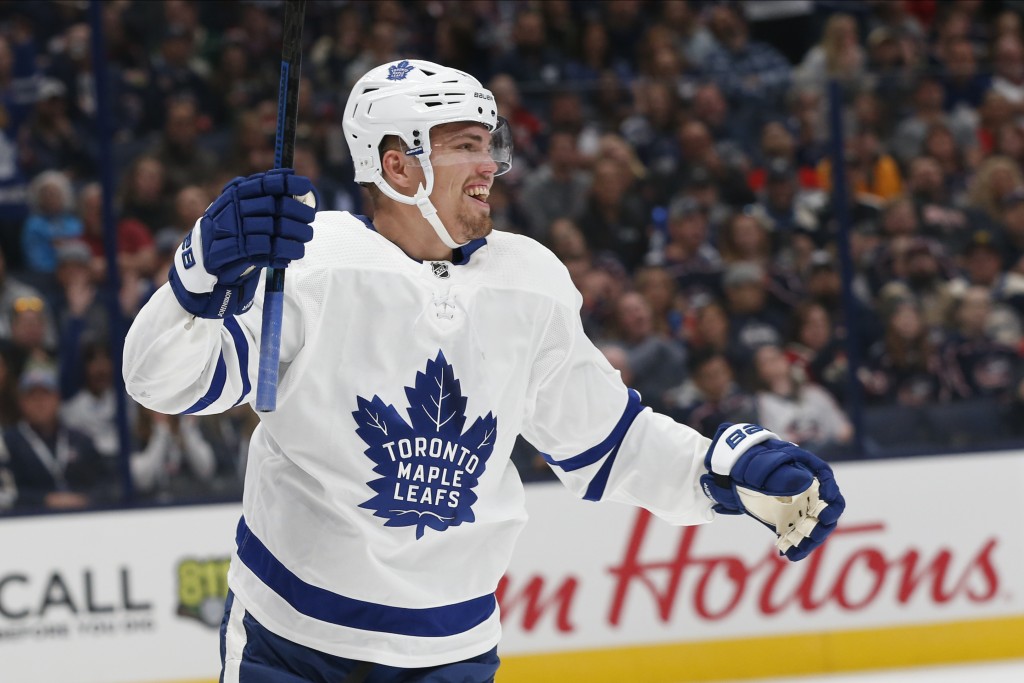 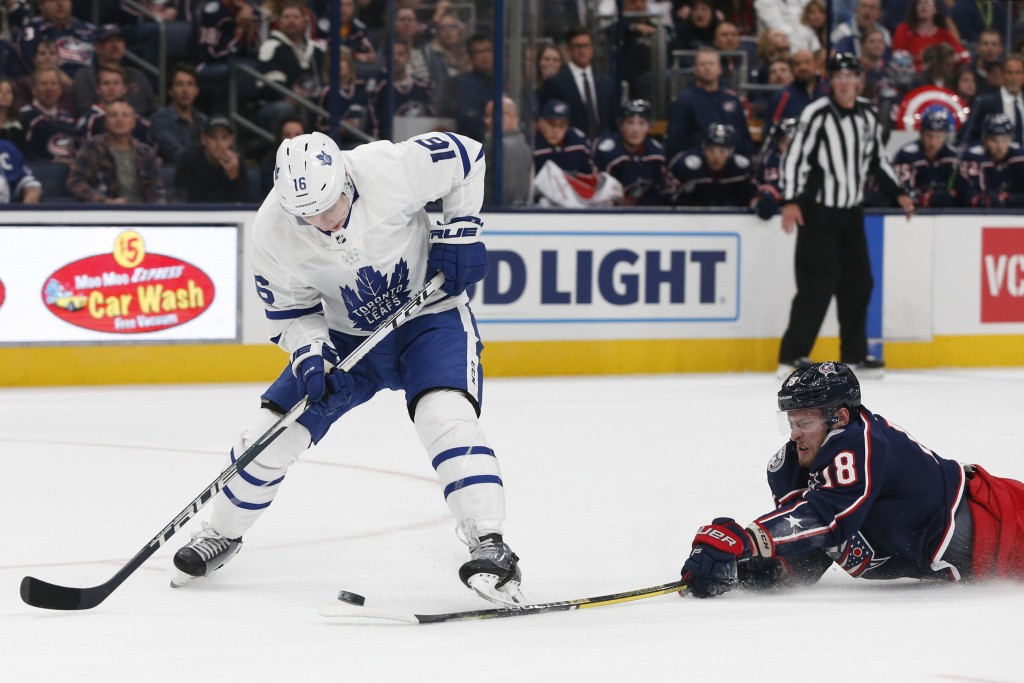 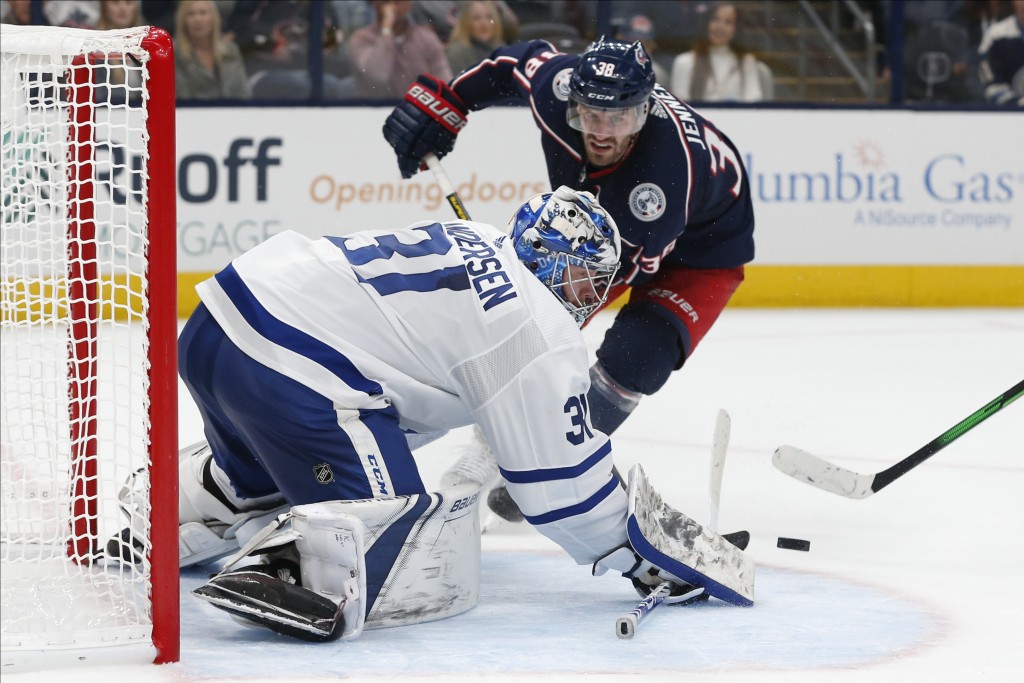 Auston Matthews had a goal and a pair of assists, and Cody Ceci — who came from Ottawa in an offseason trade — got his first goal as a Maple Leaf to help spoil Columbus' home opener.

Cam Atkinson scored for the Blue Jackets in a sixth straight season opener, the longest active streak in the NHL. Mud Bruneteau of the Detroit Red Wings (1940-45) and Yvon Cournoyer of the Montreal Canadiens (1973-78) also scored in six straight.

Joonas Korpisalo, who inherited the starting goalie job when Sergei Bobrovsky was lost to Florida via free agency, had 25 saves for Columbus.

Toronto struck first 8 seconds into a power play in the first period when Marner beat Korpisalo from the left circle. Ceci then connected with a wrist shot 10:35 into the second.

Columbus made it a one-goal game when Atkinson scored later in the second period, just 4 seconds into a Jackets power play. Andersen came out to swat at a loose puck but whiffed, and Atkinson was there to take advantage of the empty net.

That would be it for the Blue Jackets.

Marner put Toronto up 3-1 early in the third when his shot from close in trickled into the crease and was pushed into the net by Korpisalo's skate.

Matthews got his third goal of the season late in the third on a power play.

NOTES: F Jason Spezza made his Maple Leafs debut after being a healthy scratch in a season-opening 5-3 over Ottawa on Wednesday night. F Nicholas Shore was scratched. ... With five rookies, the Blue Jackets have the youngest opening game roster (25.7) for the third time in four seasons. ... Sixteen of the players on the Columbus roster were drafted by the team, the most in the NHL. ... Toronto recalled F Nic Petan from the Toronto Marlies on Friday and loaned D Timothy Liljegren to the AHL team. ... Blue Jackets rookies Emil Bemstrom and Jakob Lilja made their NHL debuts.