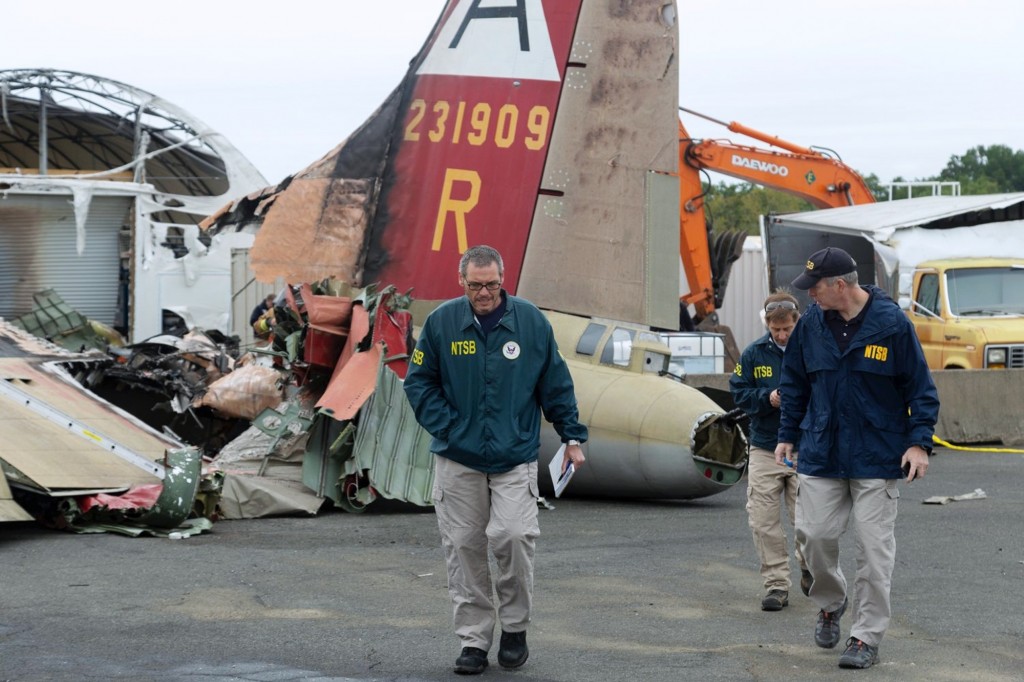 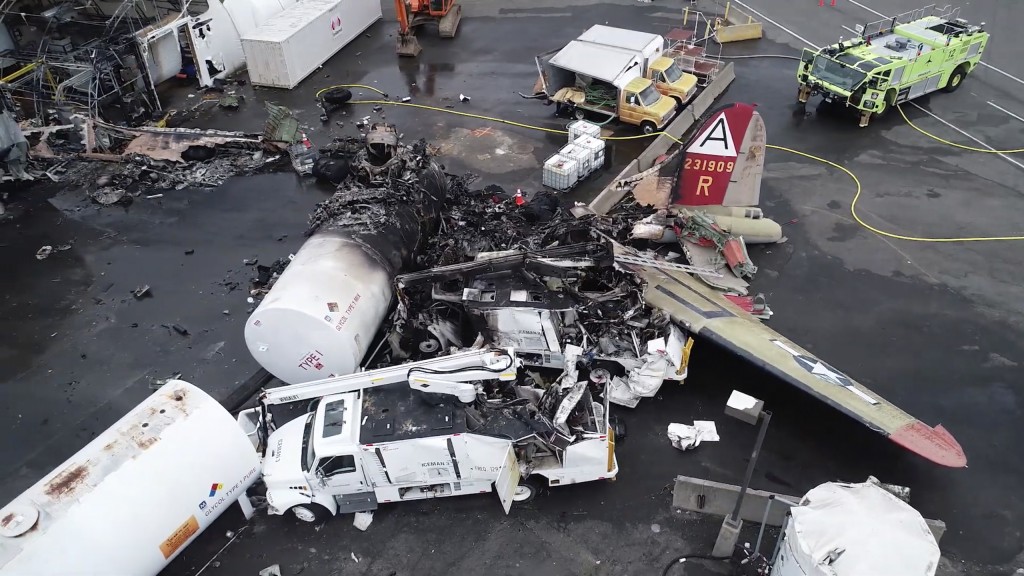 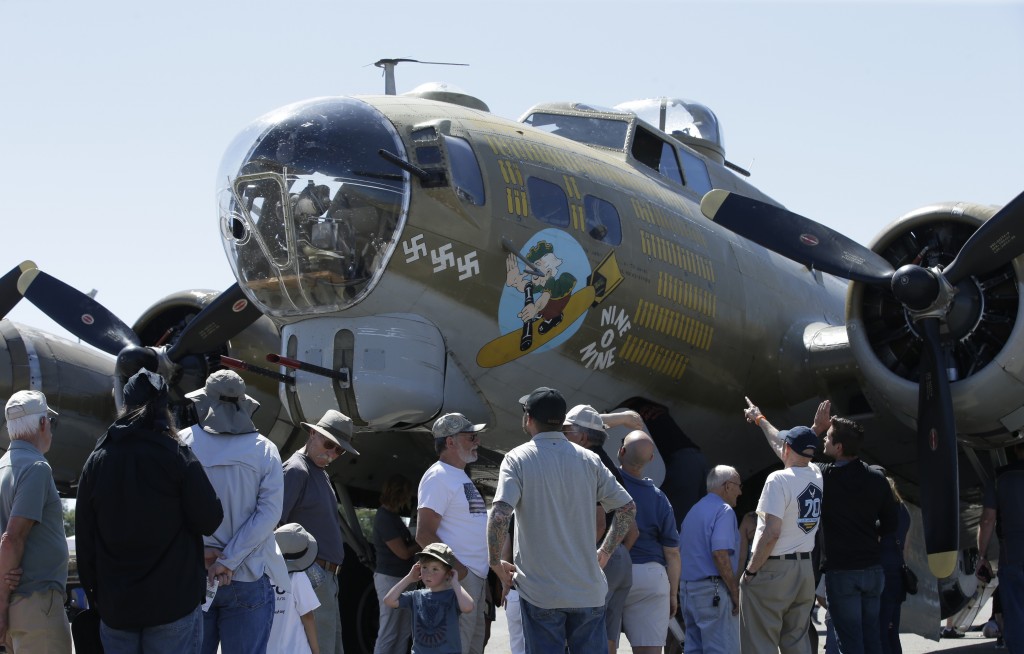 The roar of its four engines, the plexiglass nose, the bristling machine guns — for history buffs and aviation enthusiasts, few thrills compare with that of a flight aboard aircraft like the B-17 Flying Fortress, the World War II bomber that helped smash the Nazi war machine.

"It made you feel like you were back in the 1940s," said commercial pilot Gloria Bouillon, who rode one last month and called it the best flight of her life. "They had it set up just like it would be if it was on a mission. You could put your head out of the hatch. It was windy. It was noisy. You could smell the fuel. It was much different from a flight now."

But a deadly crash in Connecticut this week of the very same B-17 has cast a pall over the band of brothers — and sisters — who enjoy riding in vintage planes and raised questions of whether machinery over 70 years old should be flying passengers.

The propeller-driven 1945 bomber went down at the Hartford airport on Wednesday, killing seven of the 13 people aboard, after the pilot reported engine trouble on takeoff. The cause of the fiery wreck is under investigation.

Arthur Alan Wolk, a lawyer who specializes in crash litigation in Philadelphia, said Friday that the accident shows the risks associated with flying old planes: They break. He said the rules for operating vintage aircraft are stringent, but he questioned whether compliance and training are adequate.

"The engines are old with no new parts being manufactured for decades," he wrote in a blog post. "Even in service these aircraft needed the resources of a government to keep them flying. The aircraft and engines were never intended to last this long so intense maintenance and inspections are vital to continued safety."

Since 1982, the National Transportation Safety Board has investigated 21 accidents involving World War II-era bombers. They resulted in 23 deaths. Three of the accidents involved B-17Gs, not counting the one that crashed Wednesday.

Sen. Richard Blumenthal, D-Conn., asked that the NTSB during its investigation of the Connecticut accident look at the inspection and maintenance requirements on vintage planes and whether they need to be more rigorous.

A Federal Aviation Administration spokeswoman said that if an issue is discovered during the investigation that might apply to the fleet, the agency will take appropriate action.

Vintage planes need to be certified as airworthy by the FAA and are subject to periodic inspections. Owners can obtain an FAA "living history flight exemption" to offer flights to paying customers, but they must comply with extra federal requirements for safety and maintenance.

"I would not have any hesitation about flying in these aircraft," said Dick Knapinski, a spokesman for the Experimental Aircraft Association of Oshkosh, Wisconsin, an organization of aviation enthusiasts and airplane restorers. The association flies one of the few remaining B-17s.

Its B-17 will visit Hyannis, Massachusetts, this weekend but will not offer passenger flights out of respect for those connected to the tragedy, Knapinski said.

The Connecticut crash reduces to nine the number of B-17s actively flying, according to the National Museum of the U.S. Air Force, near Dayton, Ohio.

The one that went down was owned by the Collings Foundation, an educational group in Massachusetts that brought its Wings of Freedom vintage aircraft display to the Hartford airport this week. It was FAA-certified through November 2022. The foundation said Friday it would suspend flights for the rest of the year in the wake of the crash.

The pilot, 75-year-old Ernest McCauley, of Long Beach, California, had more than 7,000 hours of experience flying a B-17. He was killed in the crash.

Unlike commercial airline pilots, who must retire at 65, pilots of vintage aircraft can keep flying as long as their medical certificate, training and testing are current.

Knapinski dismissed concerns that the knowledge and equipment needed to keep World War II-vintage planes flying are dwindling, saying that pilots and mechanics are trained to a high standard, and that original parts or new ones manufactured to the same specifications are available.

The B-17 is one of the most celebrated warplanes in U.S. history, used to conduct near-suicidal daylight raids against German industrial sites at a terrible cost in allied lives. About 12,000 B-17s were built during the war, and roughly a third were lost in combat, while others were scrapped afterward, Knapinski said.

"Airplanes are built to fly. When you see them in museums, it's not the same as experiencing them at your local airport, in your community," he said. "The tragedy notwithstanding, we hope to be doing this for a very long time."

Bouillon, manager of Beverly Regional Airport north of Boston, was stunned to hear of the crash involving the same plane she rode in mid-September.

"I took a breath and said that could have been me," she said. "You pause and you're grateful that you're still breathing."

This story has been updated to trim a quote to delete an erroneous statement that no one alive ever flew or maintained a B-17 in service.