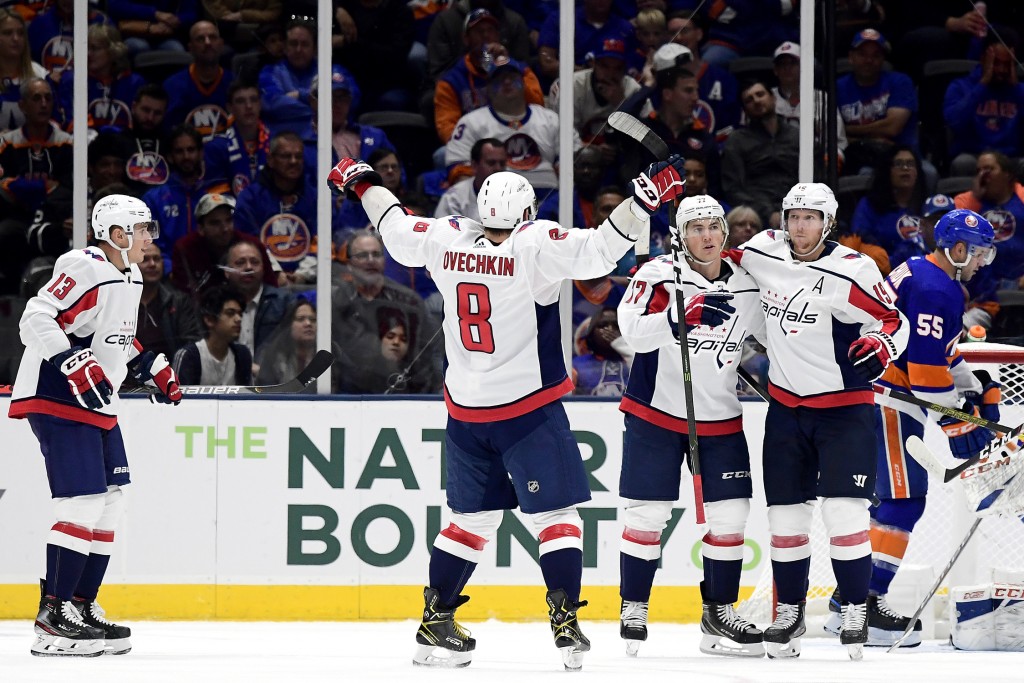 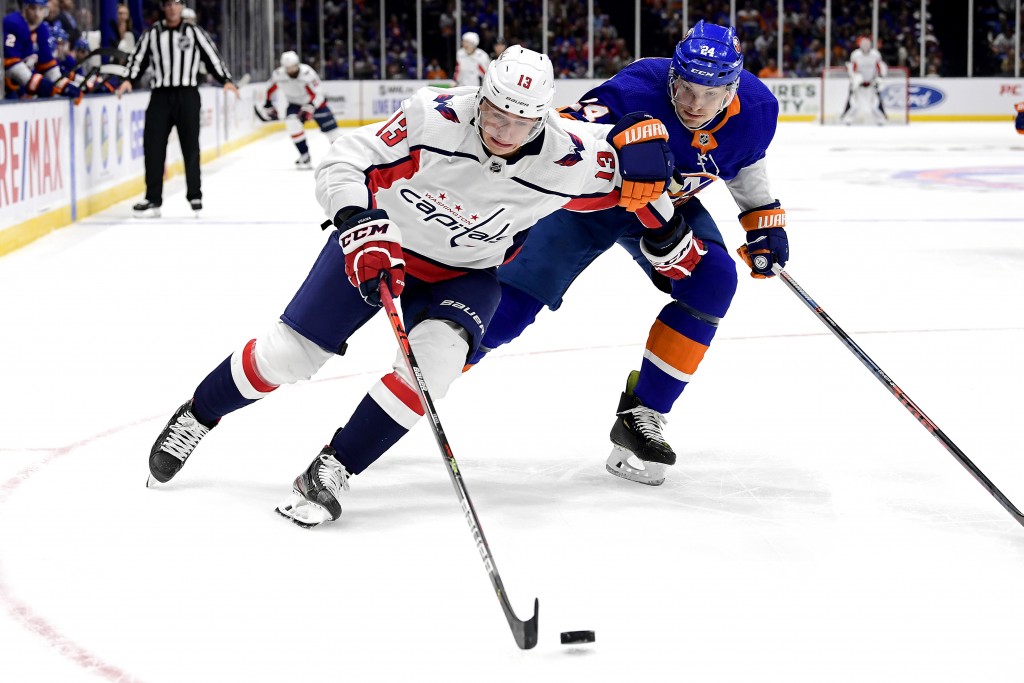 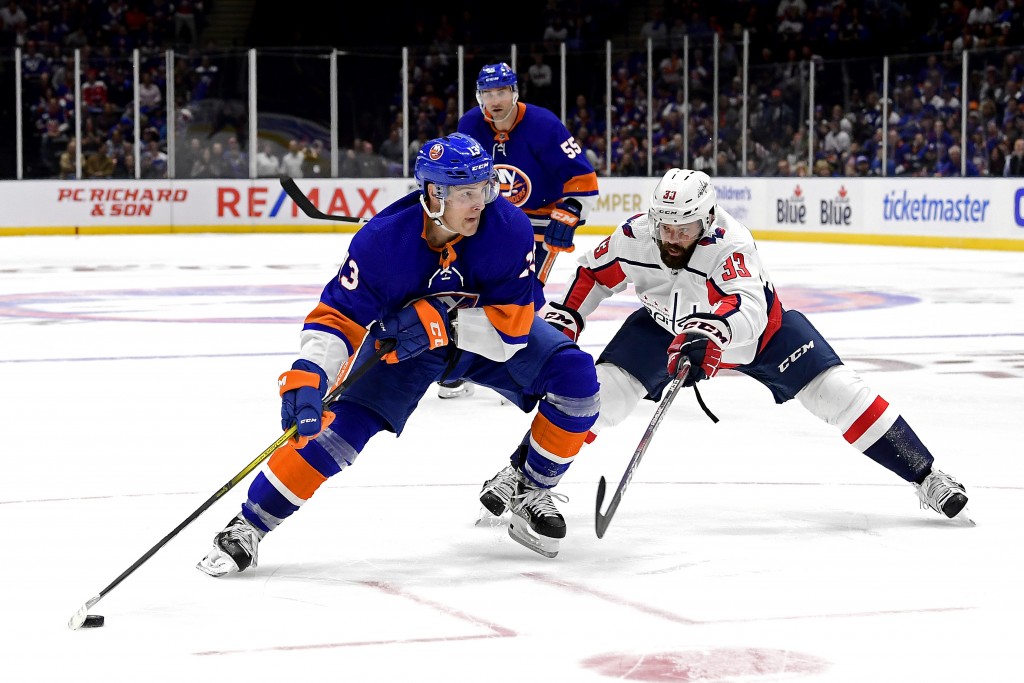 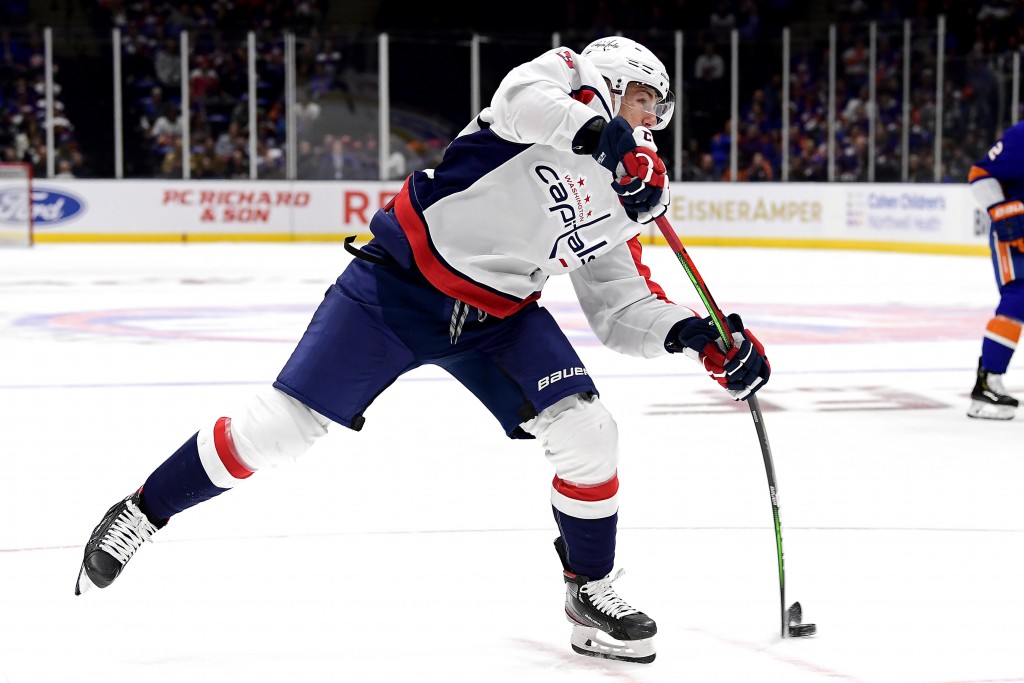 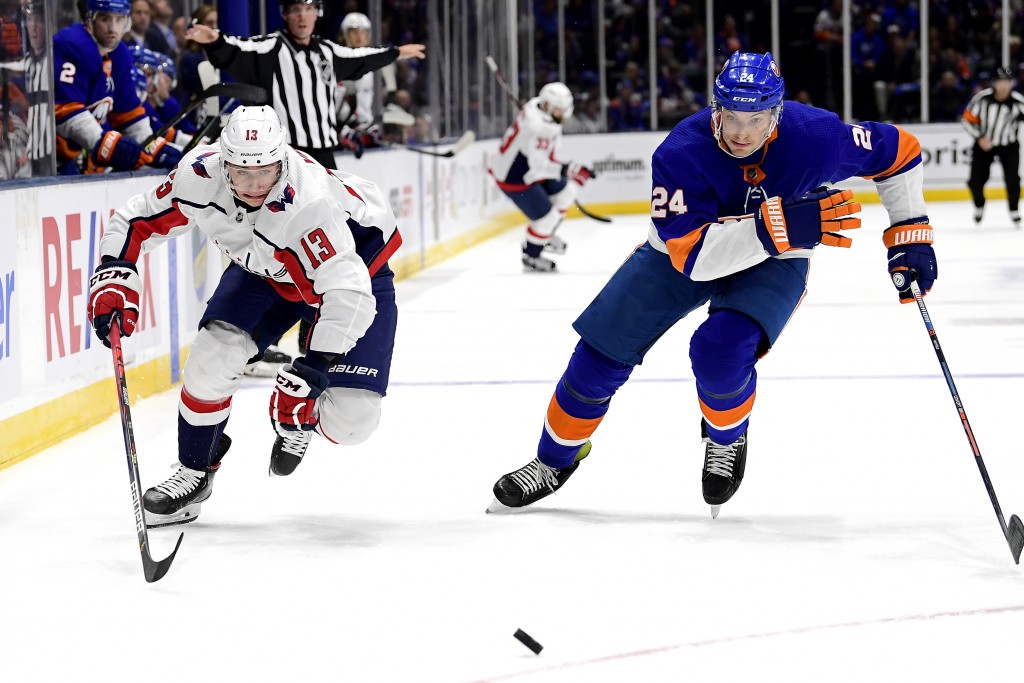 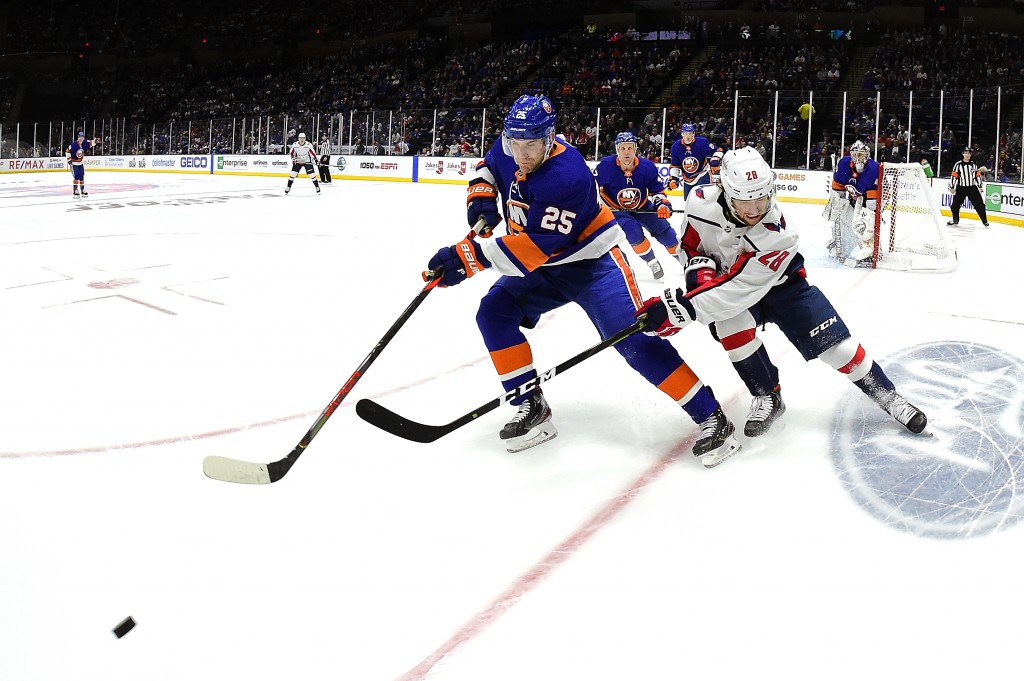 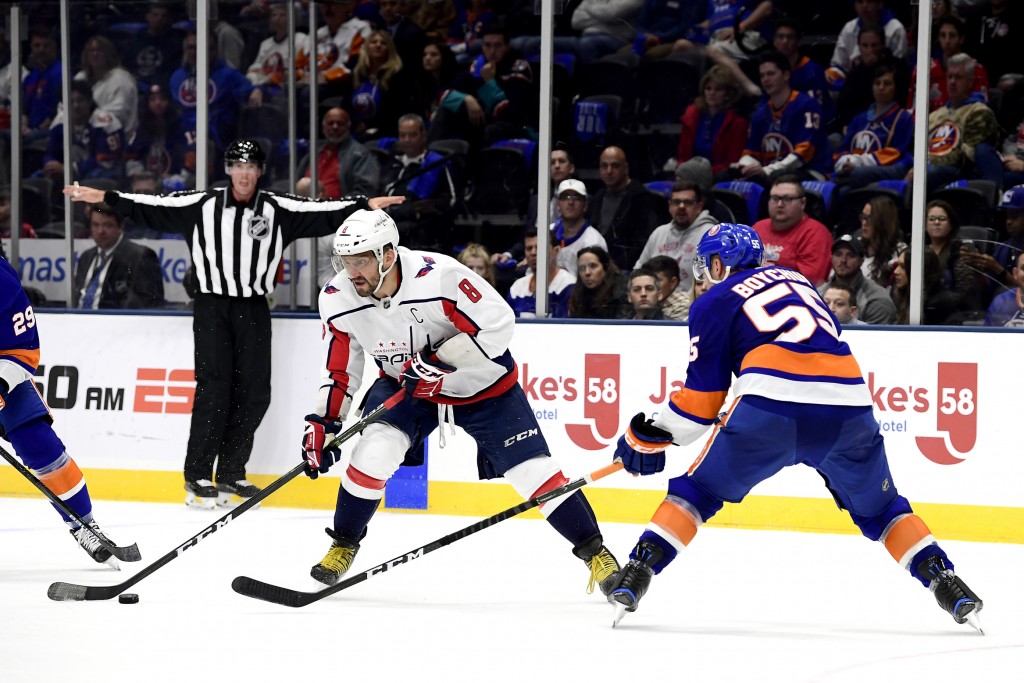 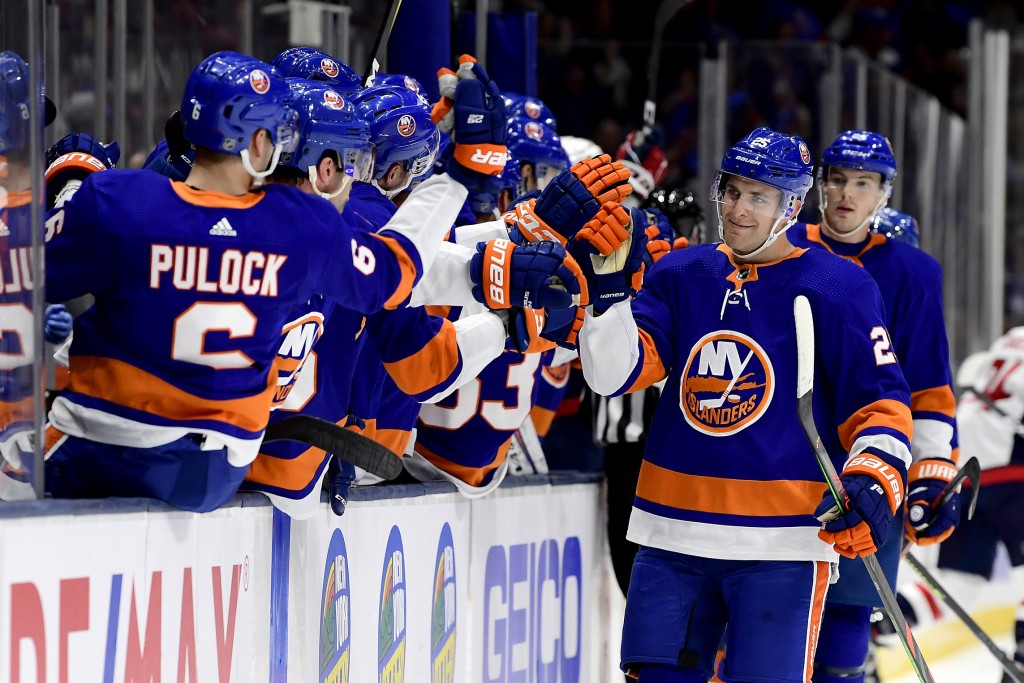 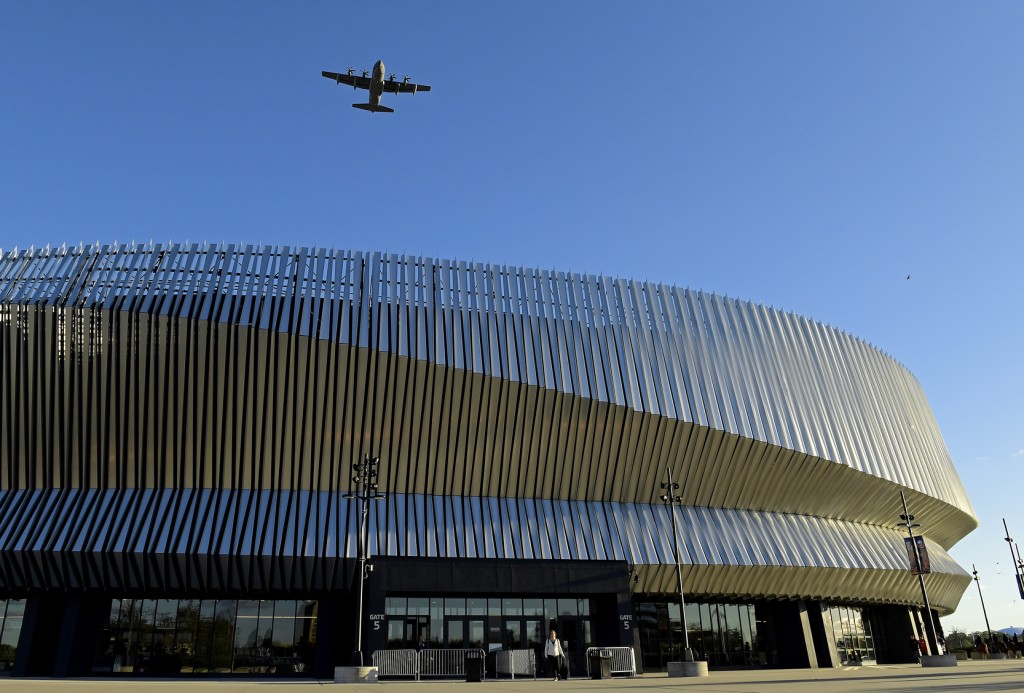 Jakub Vrana got his second goal in two games to help the Capitals remain perfect.

Devon Toews scored for the Islanders and Semyon Varlamov, making his Islanders debut, made 26 saves.

Both teams had chances in this matchup of the Metropolitan Division's top teams from last season. The Capitals finished first but were beaten by Carolina in seven games in the first round. The Islanders, who finished a point behind, swept Pittsburgh in the first round before being swept by the Hurricanes.

Lars Eller nearly extended Washington's lead to two goals but his shot went off the crossbar 5:40 into the third period, and Mathew Barzal's attempt to tie it hit a goalpost nearly two minutes later.

The Islanders pulled Varlamov for an extra skater with about a minute left, but couldn't get the tying goal.

With the score tied 1-1 after 20 minutes, Samsonov made a nice glove save on a shot by Cal Clutterbuck 17 seconds into the middle period.

Tom Wilson nearly put Washington ahead at the 5 1/2-minute mark of the period as he beat Varlamov with a hard shot, but the puck went off the left post.

Oshie gave the Capitals a 2-1 lead with a power-play goal late in the period. With the Islanders' Brock Nelson off for hooking, John Carlson's shot was blocked by Scott Mayfield, but the puck came to Oshie in the middle and he backhanded it in from his knees up over Varlamov's glove with 2:17 left.

Vrana, who scored in overtime to give Washington a 3-2 win at St. Louis on Wednesday night, got the Capitals on the scoreboard first. He got a pass from Eller as he crossed the center line on the right side, skated up and fired a shot from the right circle that went off Varlamov's glove and in with 9:35 left in the opening period.

NOTES: Carlson has three assists in two games this season. ... Since trailing St. Louis 2-0 in the first period on Wednesday night, the Capitals have a 5-1 scoring edge. ... The teams meet three more times this season: Dec. 31 at Washington, Jan. 18 at the Nassau Coliseum, and Feb. 10 at Washington. Last season, the teams split their four-game series, with the road team winning each contest. ... Varlamov signed a four-year deal on July 1, replacing Vezina Trophy finalist and fan-favorite Robin Lehner. ... C Derick Brassard, signed to a one-year deal, also made his Islanders debut. ... The Islanders, beginning a season at home for just the 10th time in franchise history, dropped to 0-4-3 in their last seven season openers on home ice.

Capitals: Host Carolina on Saturday night in their home opener

Islanders: Host Winnipeg on Sunday night for the middle game of a season-opening three-game homestand.