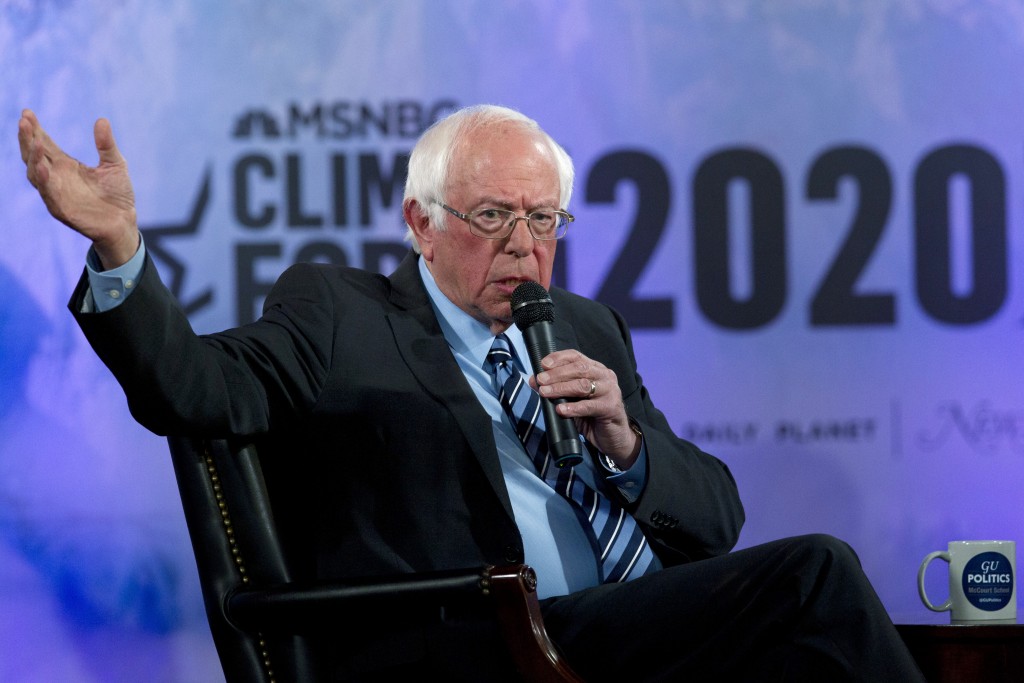 His campaign confirmed in a statement released Friday afternoon that the Vermont senator was diagnosed with a myocardial infarction, otherwise known as a heart attack, when he went to a hospital in Las Vegas Tuesday night.

Democratic presidential candidate Bernie Sanders has left a Las Vegas hospital after being treated for a blocked artery in his heart.

The Vermont senator's campaign said in a statement released Friday that he walked out of Desert Springs Hospital Medical Center feeling great and looking forward to getting back to work. He was expected to return to Vermont.

The campaign released a statement from Sanders' doctors in Nevada who said that said he was stable upon his arrival in the hospital and had two stents placed in a blocked artery. The doctors said Sanders made "good expected progress" and all of his other arteries were normal.

The 78-year-old was hospitalized after he experienced chest discomfort during a campaign event Tuesday.