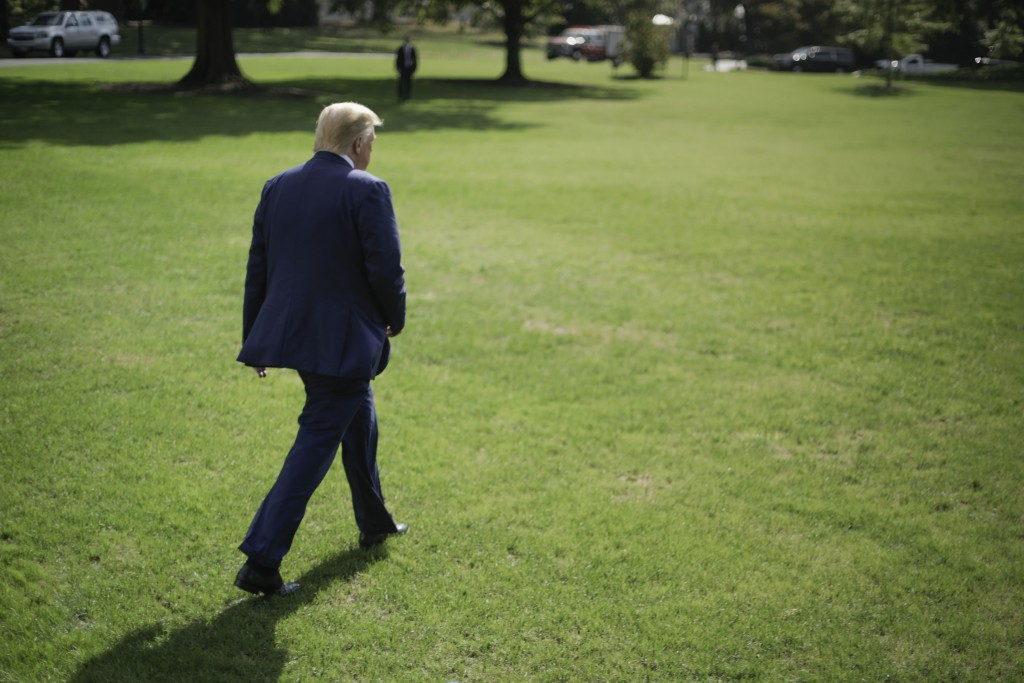 The acting inspector general of the Treasury Department, Rich Delmar, said in a statement Friday that his office is conducting the probe in response to a request from Rep. Richard Neal.

Neal, a Massachusetts Democrat and chair of the House Ways and Means Committee, asked for six years of Trump's returns last spring. He told Delmar he's seeking information on how Treasury received, assessed and responded to the request.

"We are undertaking that inquiry," Delmar's statement said.

Treasury Secretary Steven Mnuchin has refused to hand over Trump's returns, maintaining that the Democratic-controlled House is seeking them for political purposes. The Democrats say they're needed for legitimate congressional oversight.

The two sides have been locked in a battle in federal court, which could potentially stretch beyond the 2020 presidential election. It highlights Trump's break with U.S. political tradition as the first president in decades not to give voters a look at his financial situation. Trump ran for office in part on his skills as a business tycoon, often portraying himself as a successful billionaire, but Democrats have pushed for the release of his tax documents amid questions over his business practices and heavy debt.

The fight also played out in a New York City court Thursday, as Manhattan's top prosecutor pushed back against the U.S. Justice Department over Trump's returns, saying local efforts to investigate his finances should be "free from federal interference."

The whistleblower's claim comes amid political tumult in the capital as the House has undertaken an impeachment inquiry into Trump — prompted by another government whistleblower's complaint about the president's actions toward Ukraine.

In an Aug. 8 letter to Mnuchin, Neal sought documents and communications regarding specific employees at the Treasury Department and the IRS. In a court filing, it was disclosed that Mnuchin missed the deadline to begin producing the documents.

Neal told Delmar in a recent letter he's seeking assurance that Treasury and the IRS are "enforcing the law in a fair and impartial manner" and that no one is intimidating or blocking government employees carrying out their duties in the audit program.

A 1924 law says the Treasury secretary "shall furnish" tax returns to any of the three congressional officials empowered to obtain them, one of which is the Ways and Means committee chairman.

Neal has said Trump's tax records also are needed because the committee is looking into the effectiveness of IRS mandatory audits of all sitting presidents.