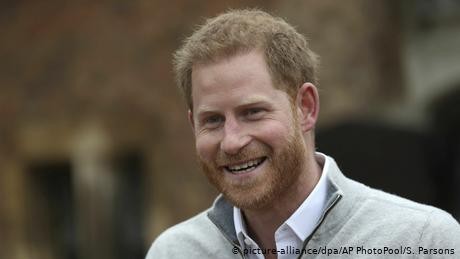 Buckingham Palace said on Friday that Prince Harry and Meghan, Duchess of Sussex, had filed a claim against the publishers of the British tabloids The Sun and the Daily Mirror, citing accusations of illegal phone hacking.

The news came just three days after the couple announced they were suing another tabloid, the Mail on Sunday, for publishing a private letter Meghan wrote to her father.

Chris Ship, who follows the royal family for Britain's ITV, published images of the claim on Twitter:

The defendants are listed as Newsgroup Newspapers, which is part of billionaire Rupert Murdoch's media empire, and Mirror Group Newspapers Ltd. According to investigative news outlet bylineinvestigates.com, the case also targets the now-defunct News of the World Sunday paper — also part of Murdoch's empire — which was shuttered as a result of phone-hacking but effectively rebranded as The Sun on Sunday.

"Claims have been filed on behalf of The Duke of Sussex at the High Court regarding the illegal interception of voicemail messages," a spokeswoman for Harry said, declining to give further details of the claim.

Jonny Dymond, the BBC's chief royal correspondent, said "The presumption is this goes back to the phone hacking scandals of the early 2000s," meaning it would likely concern only Harry rather than Meghan.

'Long and disturbing pattern of behavior'

Prince Harry's mother, Princess Diana, was also the victim of what were suspected to be illegal telephone interceptions by The Sun, when in 1992 the paper published transcripts of calls between the Princess of Wales and her close friend James Gilbey; the content of which strongly suggested that the two were having an affair.

Earlier this week, when announcing the suit against the the Mail on Sunday, Prince Harry referred to "a long and disturbing pattern of behavior by British tabloid media," of which the publication of Meghan's letter was just the most recent example.

"Put simply, it is bullying, which scares and silences people. We all know this isn't acceptable at any level. We won't and can't believe in a world where there is no accountability for this," he said in a letter published on the couple's personal website. "I've seen what happens when someone I love is commoditized to the point that they are no longer treated or seen as a real person. I lost my mother and now I watch my wife falling victim to the same powerful forces."

This original letter prompted a string of critical responses in the media, including from Piers Morgan, editor of the Daily Mirror at the height of Britain's phone-hacking scandal.