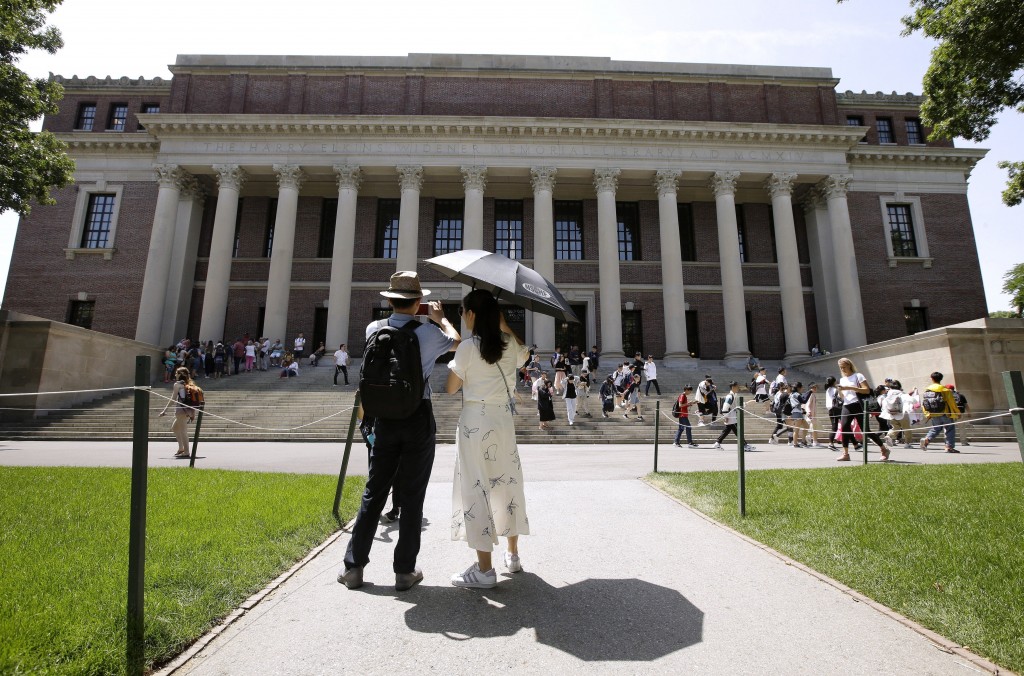 BOSTON (AP) — A group that opposes affirmative action is appealing a federal judge's ruling that Harvard University does not discriminate against Asian American applicants.

Students for Fair Admissions filed a notice Friday with the 1st U.S. Court of Appeals in Boston. The group says it will appeal all the way to the U.S. Supreme Court if necessary.

It is challenging a judge's Tuesday ruling against all counts of the group's 2014 lawsuit against Harvard.

The group says Harvard holds down the number of Asian Americans accepted to preserve a racial balance.

Officials from the group and Harvard did not immediately comment on the appeal.

The suit drew support from the Trump administration and reignited a national debate over the use of race in college admissions.