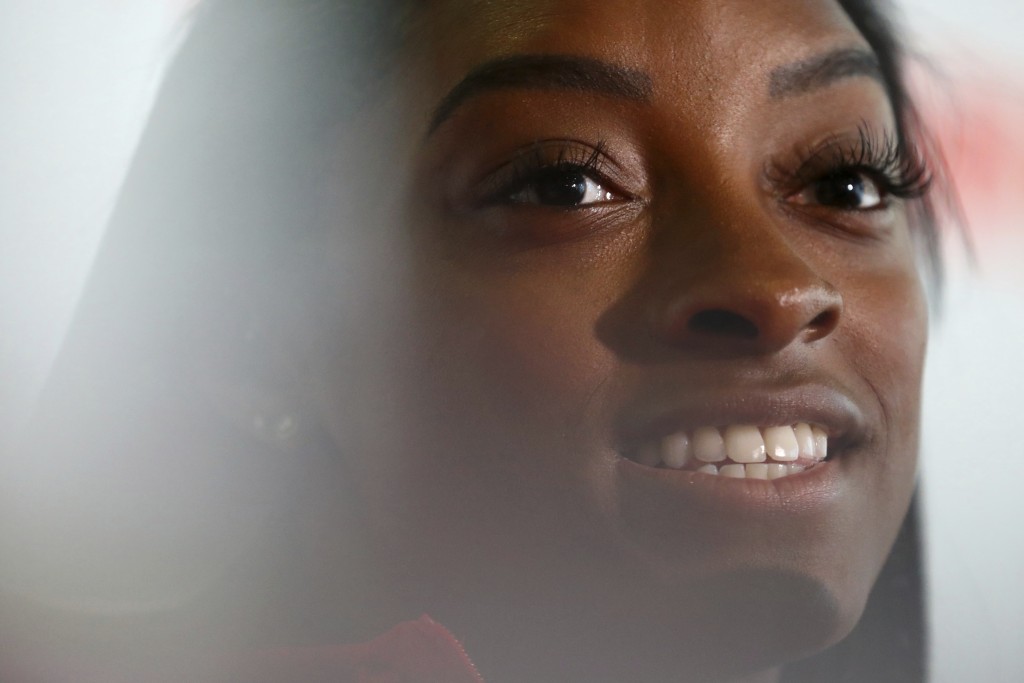 STUTTGART, Germany (AP) — The International Gymnastics Federation says risk played a role in how it graded Simone Biles' new beam dismount, a decision which has frustrated the U.S. gymnast.

Biles first landed her double-double dismount — two flips and two twists — at the U.S. nationals in August. If she can land it at the world championships, it will bear her name in the sport's Code of Points.

Biles has expressed frustration that the dismount was given an "H'' difficulty value. That's one value higher than any other women's beam element in the Code, but some observers argued the extra difficulty was enough to deserve an even higher rating.

Biles described the decision with an expletive Tuesday on Twitter.

The FIG's women's technical committee says its decision took into account an "added risk in landing ... including a potential landing on the neck." The FIG sometimes lowers the value of risky elements to make safer ones more attractive by comparison.