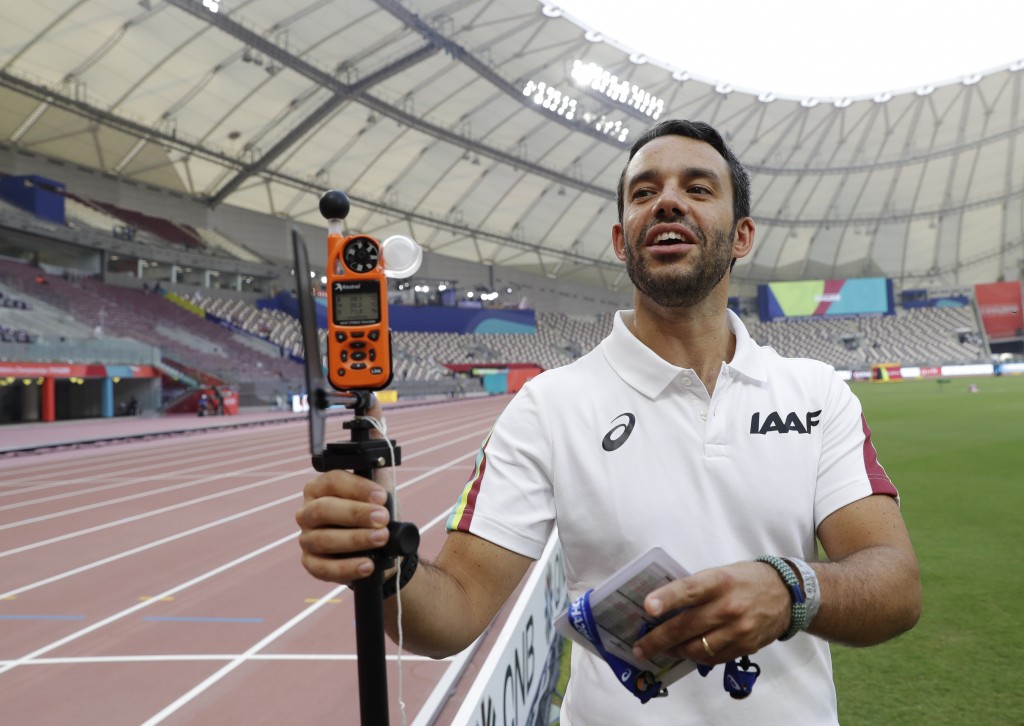 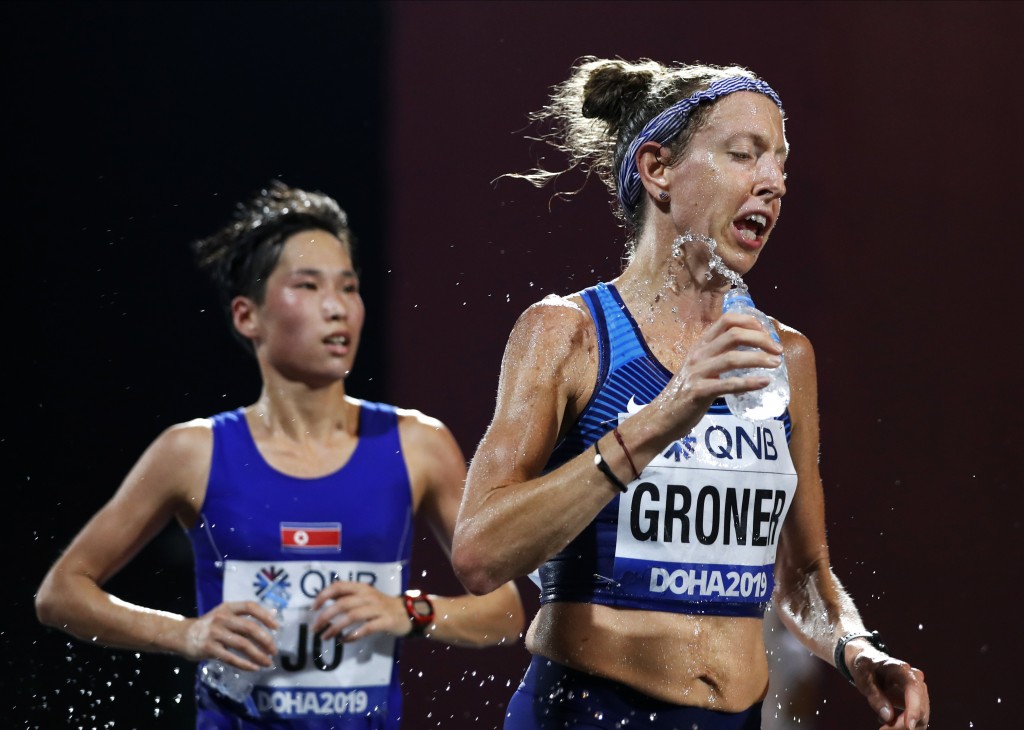 DOHA, Qatar (AP) — The stopwatch is only one way to measure the gains athletes are making at the world championships this year.

About 200 runners volunteered to swallow red-and-white capsules that contain data transmitters. It's part of an IAAF research project on the effects of heat and body-core temperatures. They couldn't have picked a better time or place — in Doha, where the temperatures reach 100 degrees (38 Celsius) every day, and less than a year removed from the Olympics in Tokyo, where conditions are expected to be every bit as stifling.

Most of the volunteers for this study come from endurance events such as the marathon, 10,000 meters and race walks. The marathon and race walks are being held outside the air-conditioned stadium. Temperatures have been around 90 (32 C) with humidity above 70 percent each night. About 25 to 40 percent of the athletes dropped out of the women's marathon and 50k race walks. There are around 20 runners taking part in the study for the men's marathon Saturday.

"We're learning a lot from these elite athletes with this technology," said Paolo Emilio Adami, the health and science department medical manager for the track federation.

This is how it works: About two hours before they start, runners in the study are asked to swallow a capsule — the size of a typical antibiotic — that contains a transmitter and battery. The capsule works its way into the intestines by race time (that's the goal, anyway) and the medical staff takes it from there, with equipment set up to sync with the transmitter after an athlete finishes. The transmitters record body-core temperatures.

In addition, there are thermal cameras set along the course that calculate heat emission through high-definition pictures (it's not recorded through the transmitter). And the participating athletes are weighed before and after the race to assist in gauging hydration levels.

American marathoner Roberta Groner of Montclair, New Jersey, raised her hand to take part in the project. No surprise, given her background is in nursing.

"I'll do anything for research," Groner said.

Shortly after finishing the midnight women's marathon on Day 1 of worlds, and still drenched from the race, Groner was escorted over to a station, where the medical staff hung a transmitter around her neck to download the information.

"It's good data for the sport and for myself to find out how I did throughout the competition," Groner said.

She's eager to see what the results yield after her sixth-place finish. It could offer some useful training tips going forward and with the Olympics on the horizon.

For the project, IAAF partnered with Aspetar, an orthopedic and sports medicine clinic in Doha. It's similar to the heat research cycling conducted during its 2016 world championships in Doha.

Adami stresses the data is only being conducted for research purposes and can't be used to impact an athlete during the competition since it's not real-time.

The IAAF medical team focuses on body core temperature. If that number runs too high, it could be an indication of such things as heat stroke.

"Our body is the most perfect machine that exists," Adami said. "We are learning with this technology device and interpreting the messages that we normally feel and that we would not be paying enough attention to."

All athletes competing at worlds have been urged to fill out a survey, where the researchers asked questions involving hydration and acclimation plans to brace for the Doha heat.

Distance runners can use all the information they can get with Tokyo less than a year away. They'll be running in extreme heat, as well as sunshine. Unlike these marathons, which are starting at midnight, next year's marathons will go off at 6 a.m.

"That will be a massive difference," Adami said.

Some of the teams that reached out to participate in the project include Germany, Italy, Spain, Japan, China, Australia and Kenya. There have been individual athletes from France, Britain and the U.S. who wanted in on the research, too.

"Based on this data, ideally, they should be able to tailor the needs to each athlete," Adami said.

As for how the device is dispelled — well, nature simply runs its course.