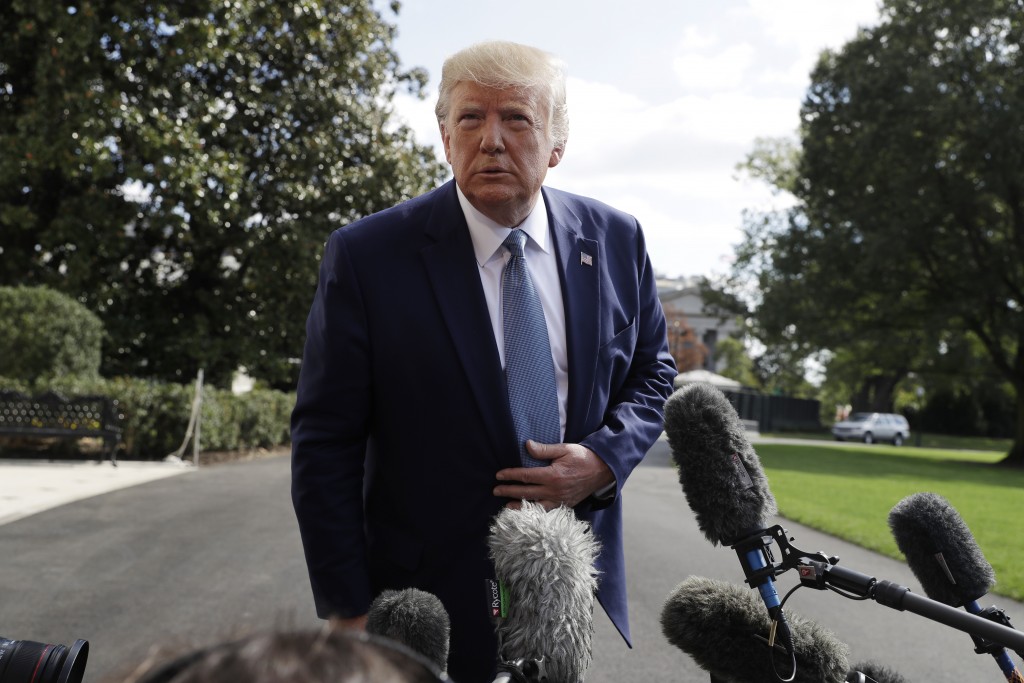 WASHINGTON (AP) — The Latest on President Donald Trump and the Democrats' impeachment inquiry (all times local):

President Donald Trump is acknowledging that Democrats in the House have the votes to begin a formal impeachment inquiry into his conduct.

Trump is telling reporters at the White House that while, "Republicans have been very unified," the "Democrats, unfortunately, they have the votes."

But he's insisting the move will backfire on the party, saying: "I really believe that they're going to pay a tremendous price at the polls."

Trump said Friday the White House would be sending a letter to House Speaker Nancy Pelosi to formally object to the inquiry. It's expected to say officials won't cooperate with the probe because it was initiated without a vote of the House.

Pelosi last week announced that the House was beginning the formal inquiry but didn't seek the consent of the full chamber.

Kudlow tells reporters at the White House, "I seriously doubt that that is going to be part of the talks."

Trump on Thursday called on China to investigate former Vice President Joe Biden and his son. Talks between the countries are set to resume next week.

Kudlow also says he's unaware of the contents of a June phone call between Trump and Chinese President Xi Jinping in which CNN reports Trump brought up the political prospects of both Biden and Sen. Elizabeth Warren.

Kudlow is calling the call and questions about the president's conduct "way out of my lane."

The White House is preparing to formally object to the Democrats' impeachment inquiry as soon as Friday, saying it won't cooperate with the probe because it was initiated without a vote of the House.

The White House Counsel's Office was preparing to send a letter to House Speaker Nancy Pelosi objecting to the form of the impeachment investigation, a person familiar with the matter said late Thursday, speaking on condition of anonymity to discuss the letter before its dissemination.

Pelosi last week announced that the House was beginning the formal inquiry but didn't seek the consent of the full chamber, as was done for impeachment investigations into former Presidents Richard Nixon and Bill Clinton.

Rudy Giuliani, the president's personal attorney, confirmed that the letter was forthcoming.