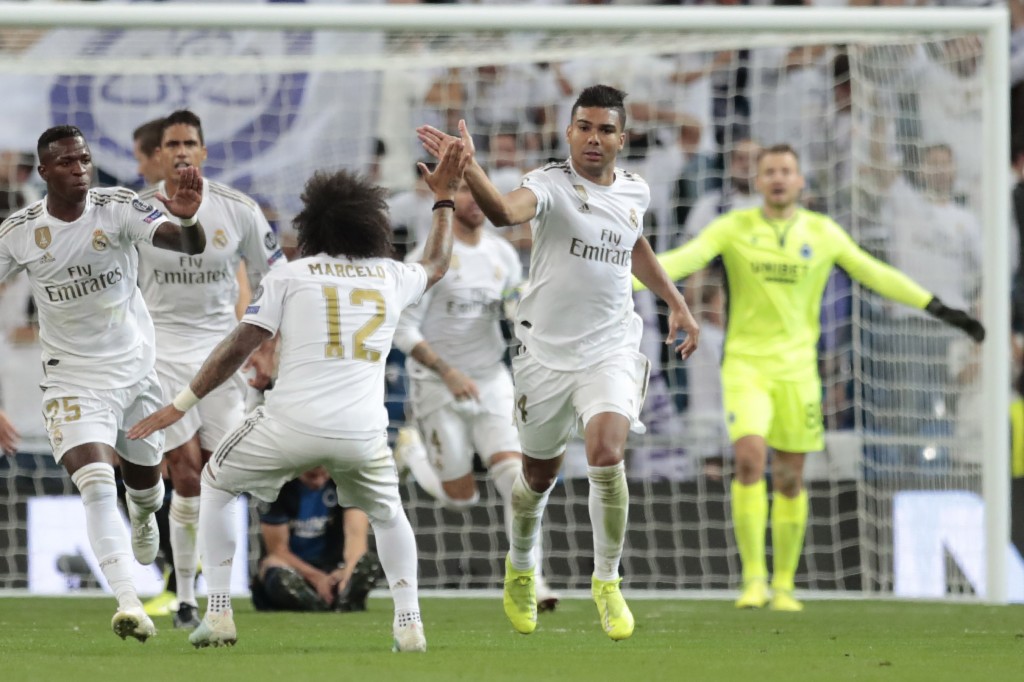 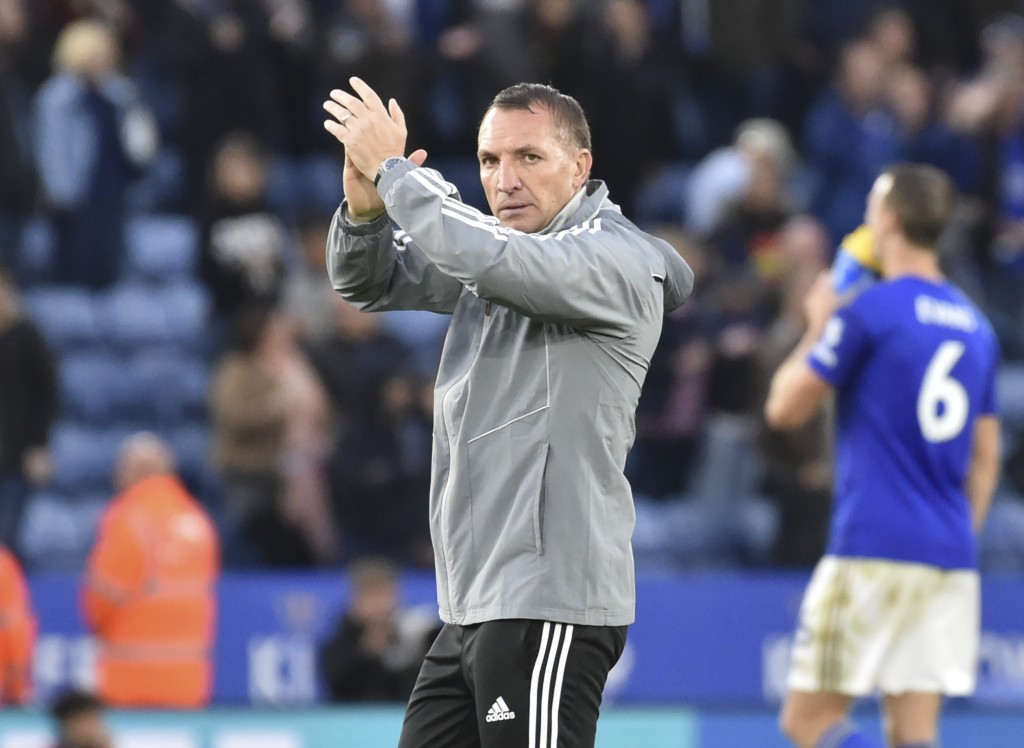 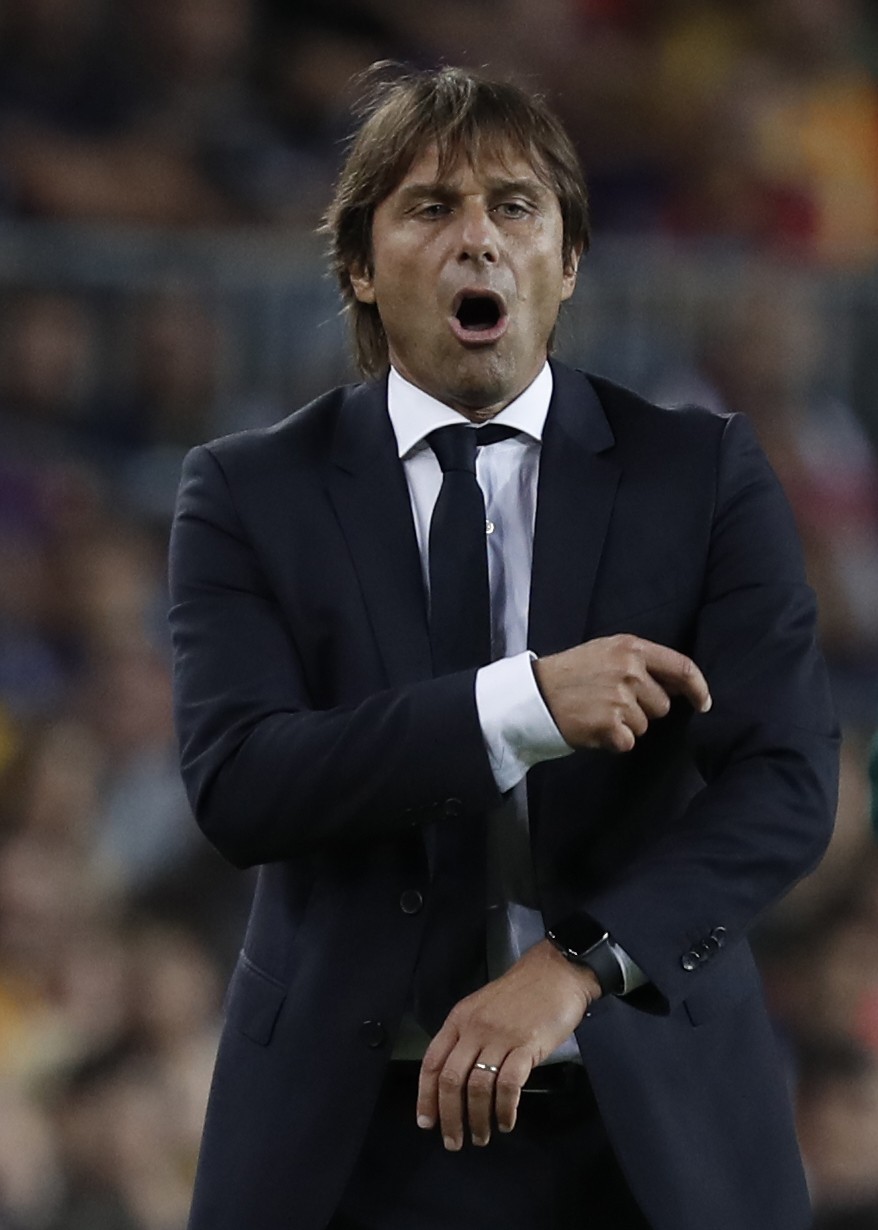 The Spanish league has an unusual fight for first place this weekend as leader Real Madrid takes on second-place Granada, a team that just returned to the first division.

Madrid enters Saturday's match at the Santiago Bernabéu Stadium one point in front of Granada, which has spent the last two years in the second tier. The club from southern Spain has won four of its first seven matches, with the only loss coming against Sevilla in the second round. One of its victories was against two-time defending champion Barcelona.

Real Madrid arrives under pressure after being held by Club Brugge to a 2-2 home draw in the Champions League on Tuesday. Madrid also drew against city rival Atlético Madrid in the Spanish league last weekend.

Atlético, which is one point behind Real Madrid in third place, visits Valladolid on Sunday. Fourth-place Barcelona hosts sixth-place Sevilla on Sunday.

Brendan Rodgers makes his first return to Anfield since being fired as Liverpool manager in 2015, looking to end his former club's 16-match winning run.

Rodgers is now in charge of Leicester, which is in third place after seven games and living up to its billing as a top-four contender this season while some teams in the established "Big 6" — like Manchester United, Tottenham and Chelsea — encounter problems or go through a period of transition.

City is at home to Wolverhampton Wanderers on Sunday, when fourth-place Arsenal hosts Bournemouth, Chelsea visits Southampton and Man United is away to Newcastle. United, which is in 10th place, hasn't won any of its last 10 games in all competitions.

Watford, in last place and the only team without a win, is at home to Sheffield United.

It's only the seventh round and already it might be one of the most decisive matches of the season.

Inter Milan's perfect start will be tested by the visit of eight-time defending Serie A champion Juventus to the San Siro on Sunday.

Juventus is two points behind Inter but is finding its footing under new coach Maurizio Sarri; while Inter has quickly taken on the personality of its new manager — former Juventus coach Antonio Conte.

On Saturday, embattled AC Milan looks to avoid a fourth consecutive loss when it plays Genoa.

After taking the lead in the Bundesliga last weekend and beating Tottenham 7-2 in the Champions League on Tuesday, Bayern Munich is buoyant ahead of Hoffenheim's visit on Saturday.

Hoffenheim is winless in four games.

Leipzig, whose unbeaten start to the season was ended last week by Schalke, faces a tricky match at Bayer Leverkusen on Saturday. Both teams are among five just a point behind Bayern.

PSG, the defending champion, leads by two points from Angers and third-place Nantes, which is at home to Nice.

The ninth round starts Friday when Marseille, which is five points behind PSG in fifth place, is away to Amiens.