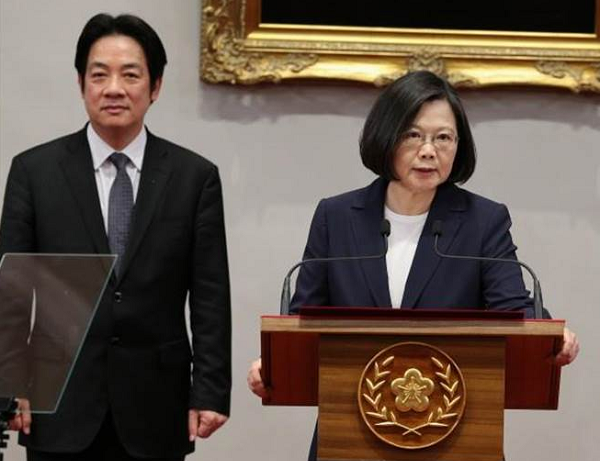 TAIPEI (Taiwan News) – As the 2020 Taiwan presidential election approaches, there is speculation that President Tsai Ing-wen’s (蔡英文) former rival in the Democratic Progressive Party’s (DPP) primary, William Lai (賴清德), may join her as her running mate.

While Lai recently expressed his intention to fulfill his promise to support Tsai as the winner of the DPP primary, a recent poll suggests that having his name on the ticket may not have much of an impact on electoral support. A poll recently published by the Pinview Polling Center (品觀點民意調查中心) saw only a marginal increase in favorability of a Tsai-Lai ticket compared to that of Tsai as a candidate prior to announcing a running mate.

The current Pinview poll still seems to favor Tsai’s re-election chances, with 40.6 percent of respondents picking Tsai compared to 26.9 supporting Han Kuo-yu (韓國瑜), the Kuomintang (KMT) challenger. When potential running mates are included in the polls, support for the candidates is increased only slightly increased.

Pinview also asked respondents how they would vote in an election with third-party or independent candidates like Annette Lu (呂秀蓮) and Wang Jin-pyng (王金平). In that poll, support remains marginal, with 2.7 percent going for Lu and a slightly higher 4 percent for Wang.