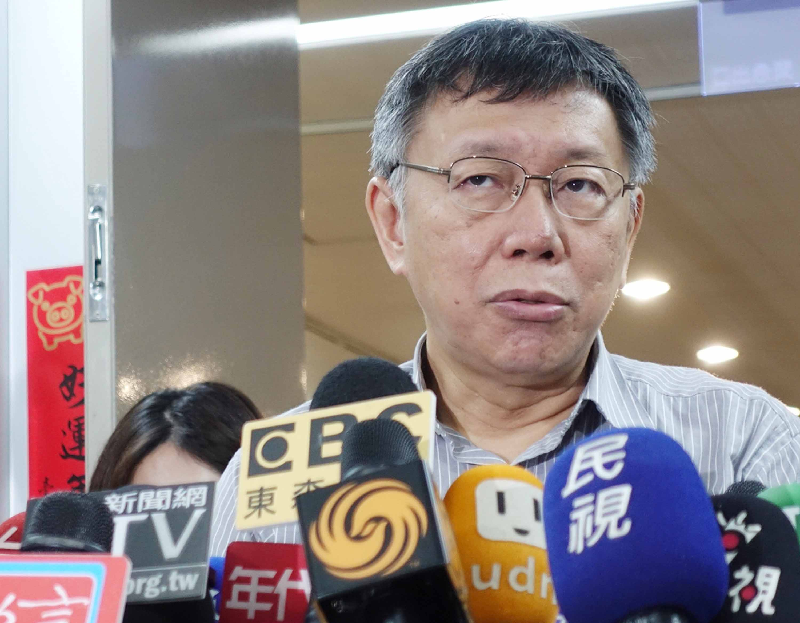 TAIPEI (Taiwan News) — On Thursday (Oct. 4), Taipei Mayor Ko Wen-je (柯文哲) made scathing remarks against Chen Chu (陳菊), the current secretary-general to the president, saying she has “sinned against the people” (民主罪人).

Accusing her of being an enemy of democracy, Ko said that Chen is “like a convicted felon who has spent half of their life in prison, and in the second half of their life has become useless to society.” Ko expressed his resentment towards the secretary-general in an interview with the media outlet New Talk, suggesting that the actions she has taken in life have impeded Taiwan’s democratization.

In response, Taiwan’s Premier Su Tseng-chang (蘇貞昌) defended Chen by stating that Mayor Ko would not say such things if he had witnessed her on trial as one of the “Kaohsiung Eight” by military courts in 1979. Su called for respectful dialogue and for Ko to remember the long struggle towards democratization for which many people sacrificed themselves, reports UDN.

Su also drew a comparison between Chen and the young protesters in Hong Kong fighting for freedom and democracy today. In defense of Chen, Su expressed his disappointment with Ko’s comments and recalled that Chen had done much to improve the lives of people in Kaohsiung during her time as mayor there from 2006 to 2018.

This attack from Ko targeting Chen Chu comes almost one month after he previously referred to Chen as a "fat Han Kuo-yu," referring to the current Kaohsiung Mayor and KMT presidential candidate. The Taipei mayor has yet to explain his reasons for his remarks and his antagonism towards Chen.