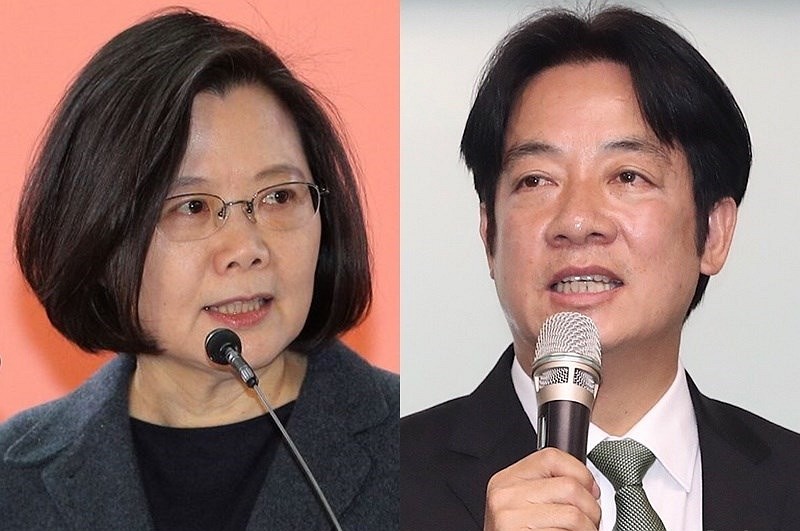 TAIPEI (Taiwan News) — Former Premier William Lai (賴清德) confirmed on Thursday (Oct. 3) that he would be leaving for the U.S. later this month to rally support for President Tsai Ing-wen (蔡英文) in her re-election campaign.

Lai is currently traveling in Europe on a private trip and will head to the U.S. to attend rallies held by Taiwanese communities “at the arrangement of the Democratic Progressive Party (DPP),” the Liberty Times quoted Lai’s spokesperson Lee Tui-chih (李退之) as saying. The visit honors Lai's promise to throw his support behind Tsai after his failed attempt to challenge her in the primaries, said Lee.

According to the report, Lai will arrive in San Francisco on Oct. 14 before making stops in Chicago, Washington D.C., and New York. The week-long tour will see him meet with fellows at prominent think tanks and attend gatherings to drum up support for Tsai.

While the trip has been interpreted in some quarters as a prelude to the announcement of a Tsai-Lai presidential ticket, some are skeptical about the prospect of Tsai joining forces with Lai, with whom she fought a bitter battle during the DPP primaries. In a Taiwan People News commentary, Taiwanese academic Chun Ching-nung (君清農) shared his own insight into the rumors of Lai being drafted as a running mate.

From the interaction between the two leading DPP figures as portrayed by the media, Chung claimed the chances of the two pairing up are slim. The reasons he provided include the two's conflicting personalities, the likelihood that being vice president would hamper Lai’s presidential ambitions for 2024, and the fact that the Tsai-Lai ticket question is being used as a tactic to “deceive the enemy,” according to Chun.