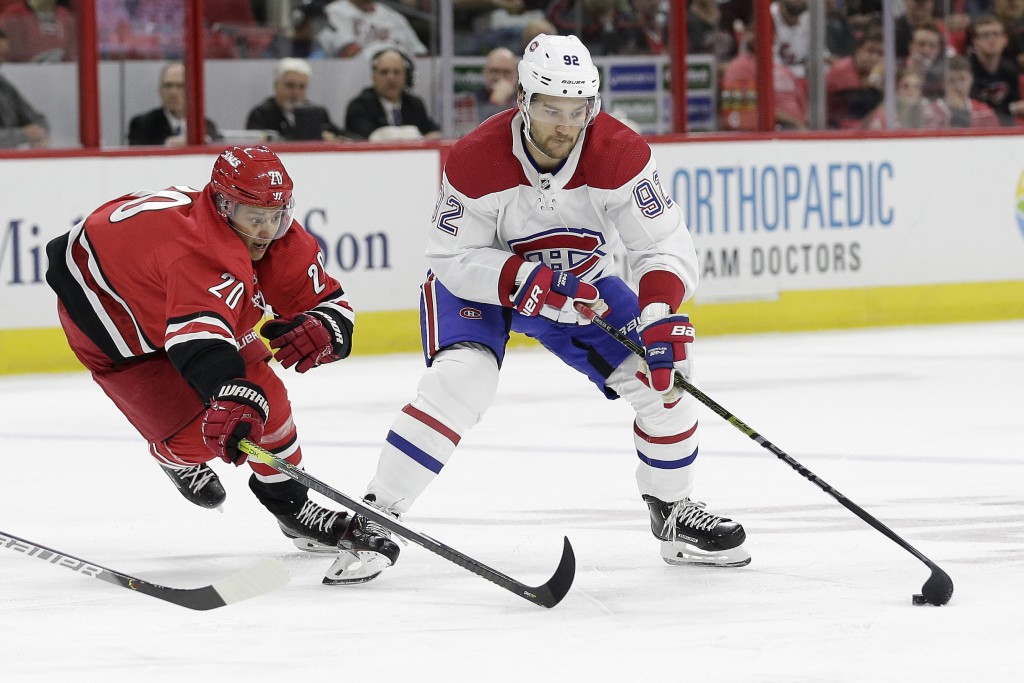 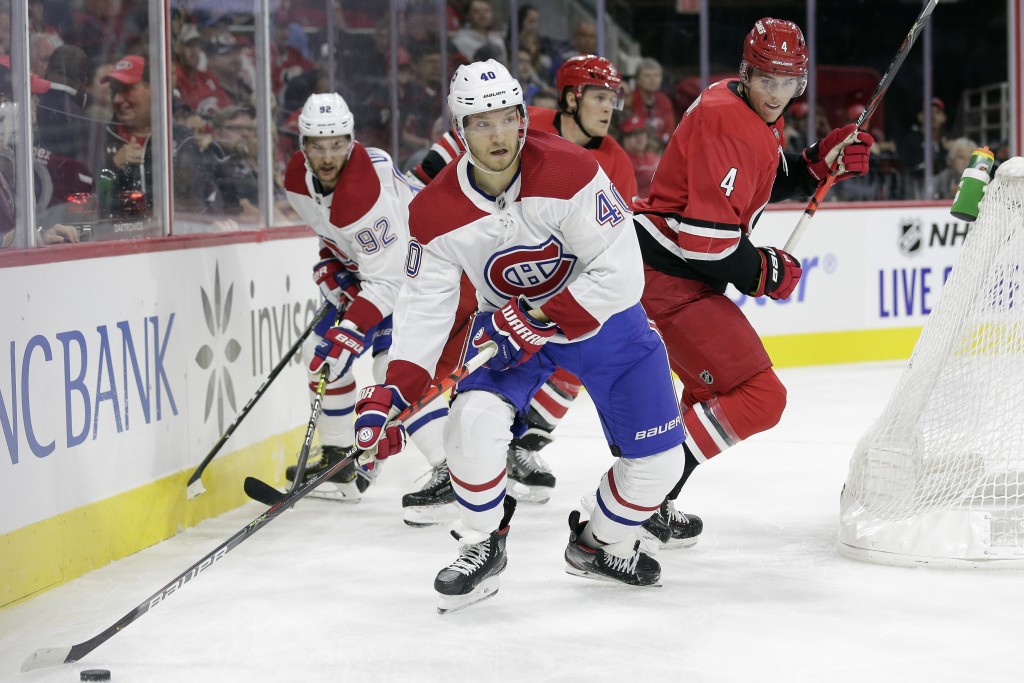 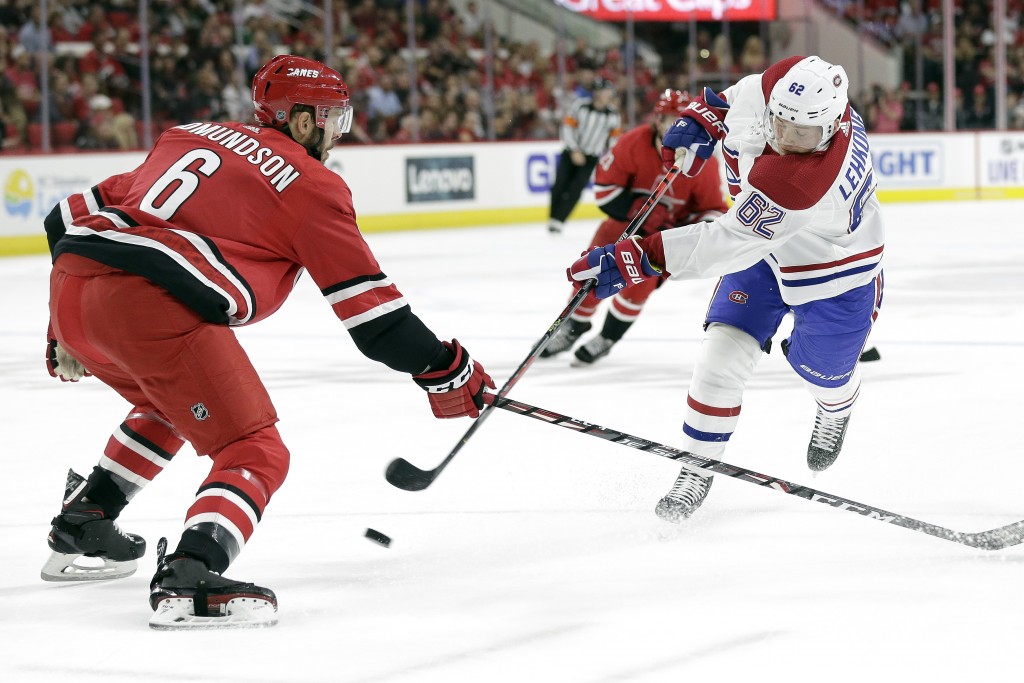 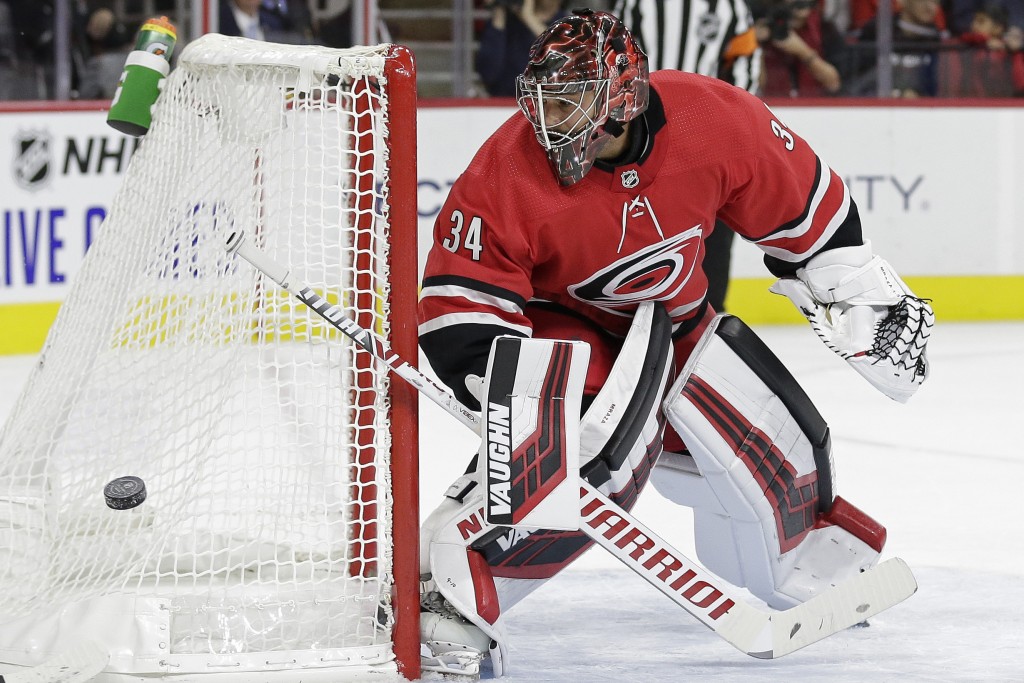 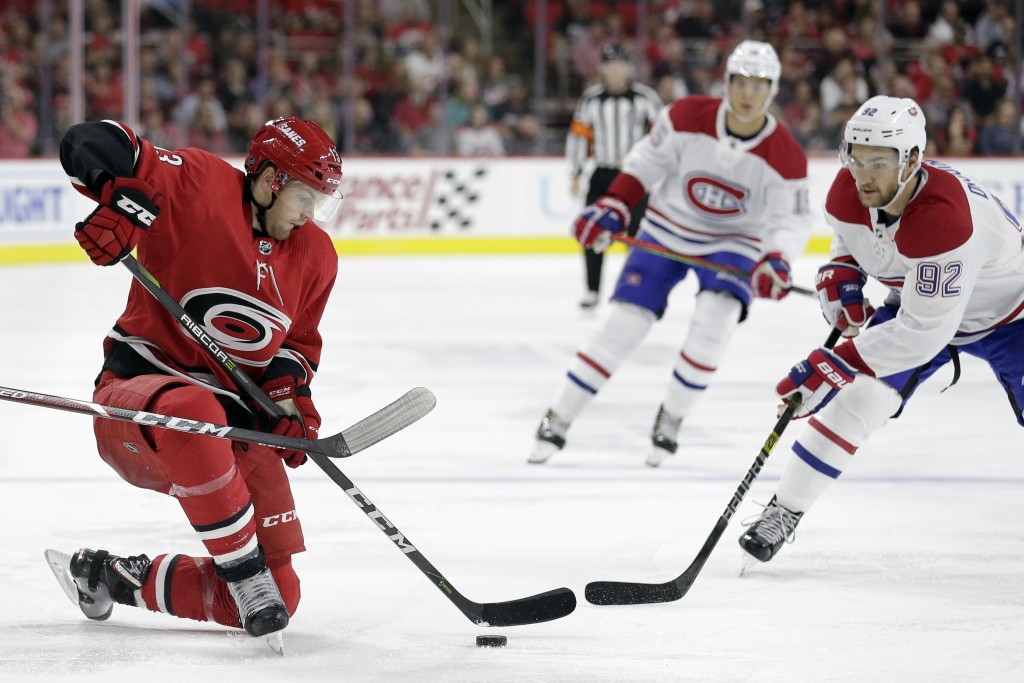 RALEIGH, N.C. (AP) — Dougie Hamilton scored in the shootout, Petr Mrazek stopped three shots in the tiebreaker and the Carolina Hurricanes beat the Montreal Canadiens 4-3 on Thursday night in the teams’ opener.

Erik Haula, making his debut with the Hurricanes, tied it at 3 with a power-play goal with 13:05 left in regulation. Martin Necas also scored with the man advantage for a Carolina team that struggled in those situations during the postseason.

Lucas Wallmark also scored, Hamilton had two assists and Mrazek made 33 saves for the Hurricanes. They are hoping for a carryover of the late-season surge in 2018-19 that propelled them to their first playoff appearance since 2009. Carolina upset Washington and the New York Islanders before being swept out of the Eastern Conference final by Boston.

Jordan Weal, Tomas Tatar and Jesperi Kotkaniemi each scored during a three-goal second period that erased an early 2-0 deficit, with the goals by Tatar and Kotkaniemi coming 1:04 apart. Carey Price stopped 40 shots for Montreal, which has earned at least one point in six straight openers, going 4-0-2 in that stretch.

Hamilton opened the shootout by deking Price before beating him with a wrist shot. Mrazek followed with three consecutive saves, stuffing rookie Nick Suzuki to end it.

The power play was a season-long struggle a year ago for Carolina, which managed just five goals with the man advantage during its entire 15-game postseason run and was 0 for its last 13 chances against the Boston Bruins.

Haula, one of four players making their debuts with the Hurricanes after being picked up in a trade with Vegas, tied it when he stuffed in the rebound of Hamilton’s shot.

That goal came after the Canadiens’ second-period flurry was capped by Weal’s goal on an odd-man rush. Tatar started the surge by beating Mrazek with a wrist shot from between the circles on the power play at 4:18 of the second, and Kotkaniemi tied it at 2 at 5:22 off a rebound.

NOTES: Montreal D Cale Fleury had family in town for his NHL debut _ older brother Haydn is a defenseman with the Hurricanes. ... Cam Ward, the Conn Smythe Trophy-winning goalie on Carolina’s 2006 Stanley Cup champion team, sounded the siren that announces the Hurricanes’ entrance to the ice. Ward signed a one-day contract during the offseason to retire as a member of the team.

Hurricanes: Visit Washington on Saturday night in a rematch of their first-round playoff series.