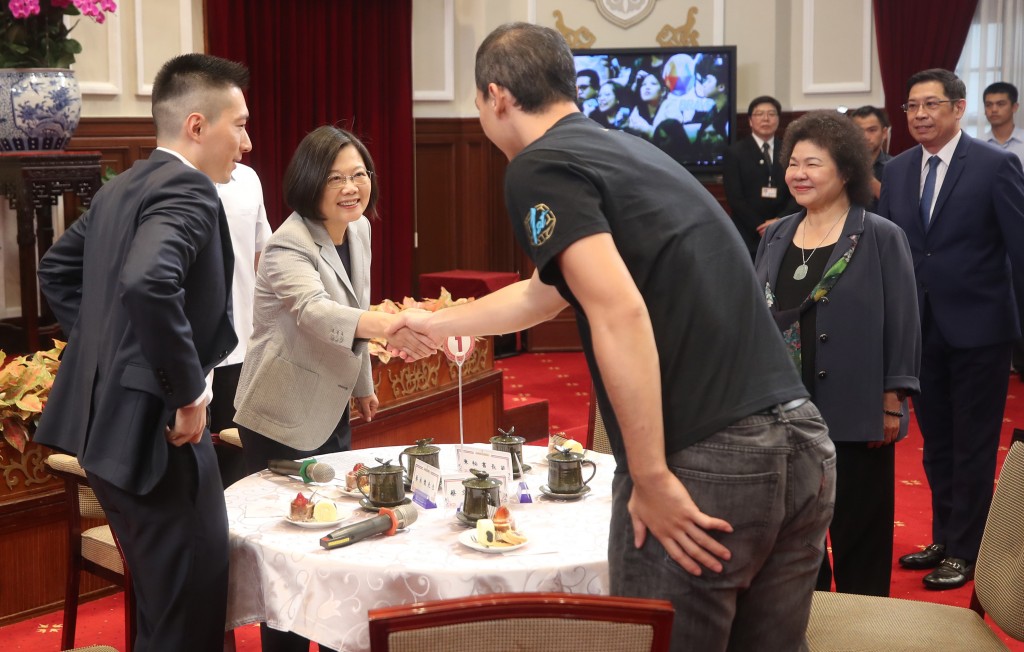 Yang Sen-hong (楊憲宏) told the Control Yuan that Tsai had “plagiarized” her own work from a National Chengchi University publication to put into her dissertation without revealing the fact to the LSE, the United Daily News reported.

The content and even the footnotes in both pieces were completely the same, but the university periodical had been published first, in June 1983, while the dissertation had been submitted in October of the same year, said New York attorney Tung Wen-hsun (童文薰), who accompanied Yang Thursday.

The president had the same text published again in a National Chengchi University in December 1983, and again in 1990, according to Tung.

Yang asked the Control Yuan to investigate whether the Ministry of Education had not failed to play its proper role in the process. He also said that schools should provide the National Library with dissertation copies, not individuals such as the president, the United Daily News reported.

Last month, the president instructed her attorneys to sue the two academics who had been claiming she never passed her dissertation defense.