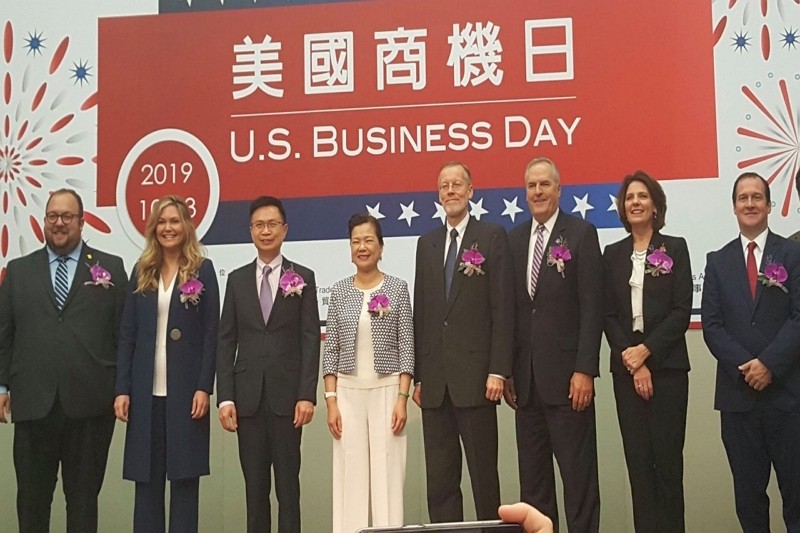 The products included automotive parts, machinery, bicycles, textiles, and food. Chairman of the Trade Development Council Huang Zhifang (黃志芳) said there had been a 10-20 percent rise in purchases compared to the previous year.

Since the U.S.-China trade war started, Taiwan's exports to the U.S. have increased by nearly 19 percent from January to August this year, according to Taiwan’s Bureau of Foreign Trade. Product sales for information and communications technology increased by 85.4 percent compared with last year.

AIT Director Yan Yingjie (酈英傑) said that Taiwan has been the largest delegation for two consecutive years at the “Select USA” Investment Summit, which is held annually in the U.S. Yan underlined that Taiwan is one of the U.S.’ most important trading partners. He added that he hopes the relationship can prosper long into the future.

US - China trade war Taiwan US relations US Business Day