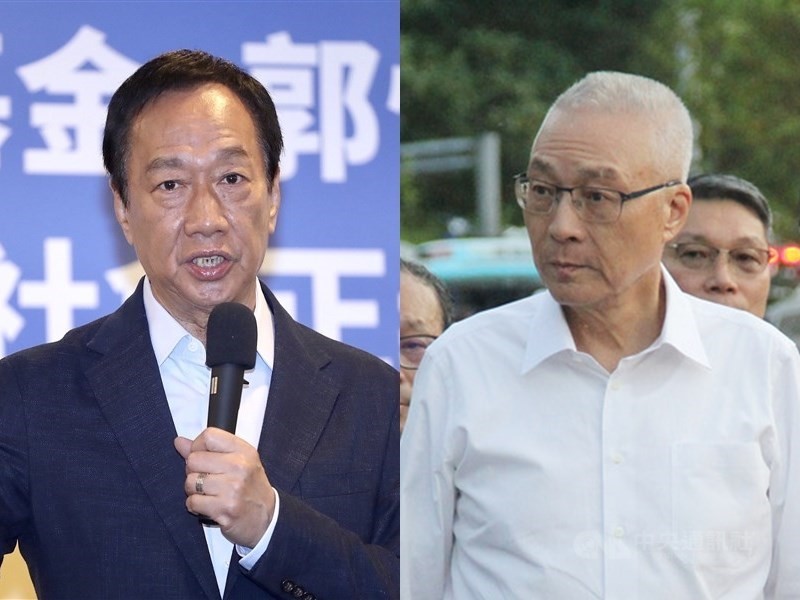 Gou lost the KMT presidential primaries before going on to consider an independent presidential bid. Last month, the tycoon surprised the public by deciding against a candidacy, which might have damaged the chances of official KMT candidate, Kaohsiung City Mayor Han Kuo-yu (韓國瑜).

Even though Gou insisted on ending his KMT membership, the opposition party still hoped for a reconciliation in order to avoid a public split.

Yet, reports of an imminent meeting between Gou and Wu triggered a backlash on Facebook, where about 500 people withdrew from one group of supporters, the Central News Agency reported.

If there was no special subject for the meeting, then it did not need to take place, Gou spokeswoman Evelyn Tsai (蔡沁瑜) said, adding that the tycoon “felt bad” when he heard about his fans’ anger.

As to Han, Tsai said Gou did not have any special feelings against him, though he reportedly criticized the way certain media kept publishing negative stories about him in order to support the KMT candidate. Gou also reportedly expressed doubts about Han not having clearly explained his attitude toward China, CNA reported.

As long as those two issues had not been resolved, it would be difficult to regard the planning of a meeting between Gou and Han as a priority, Tsai said.

The founder of Foxconn Technology did not want to play a role in any effort to unite the “blue” camp for the January 2020 presidential and legislative elections as he had already left the KMT, his spokeswoman added.