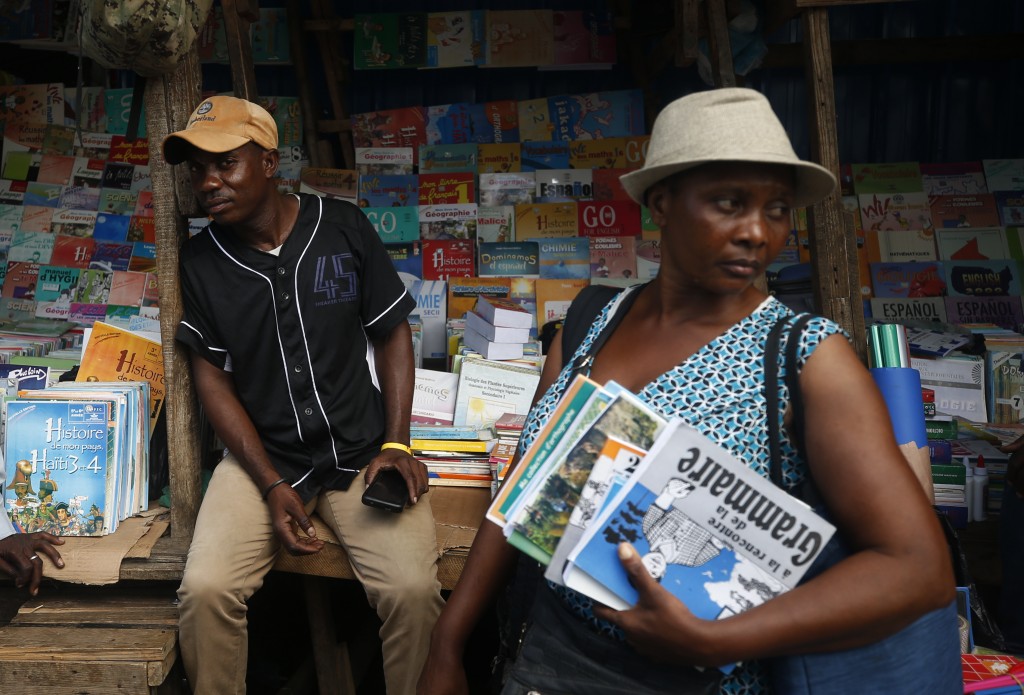 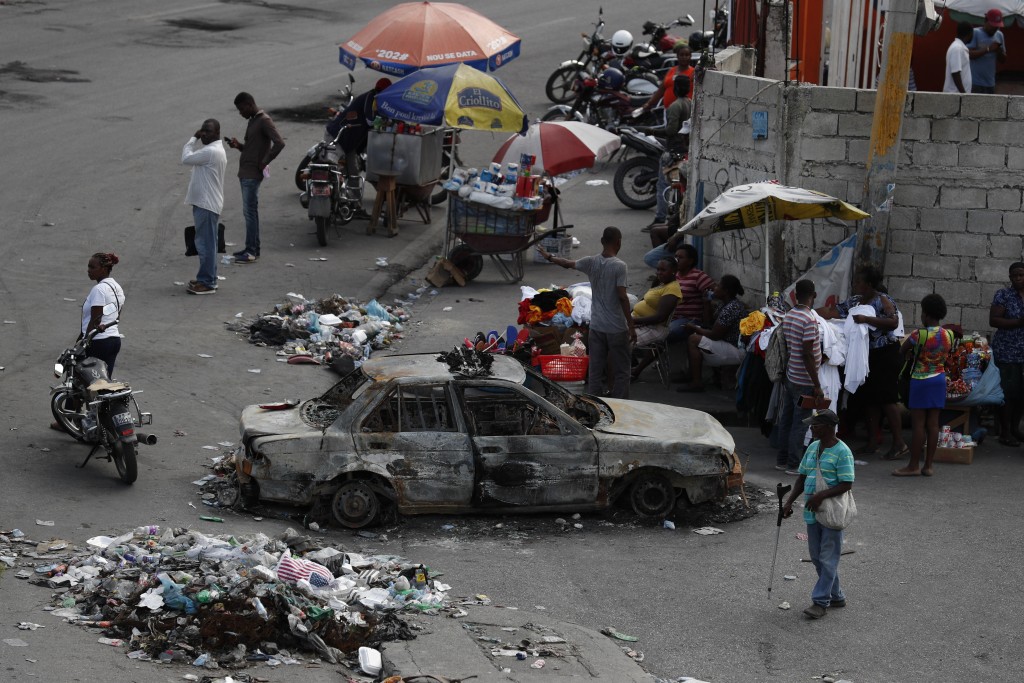 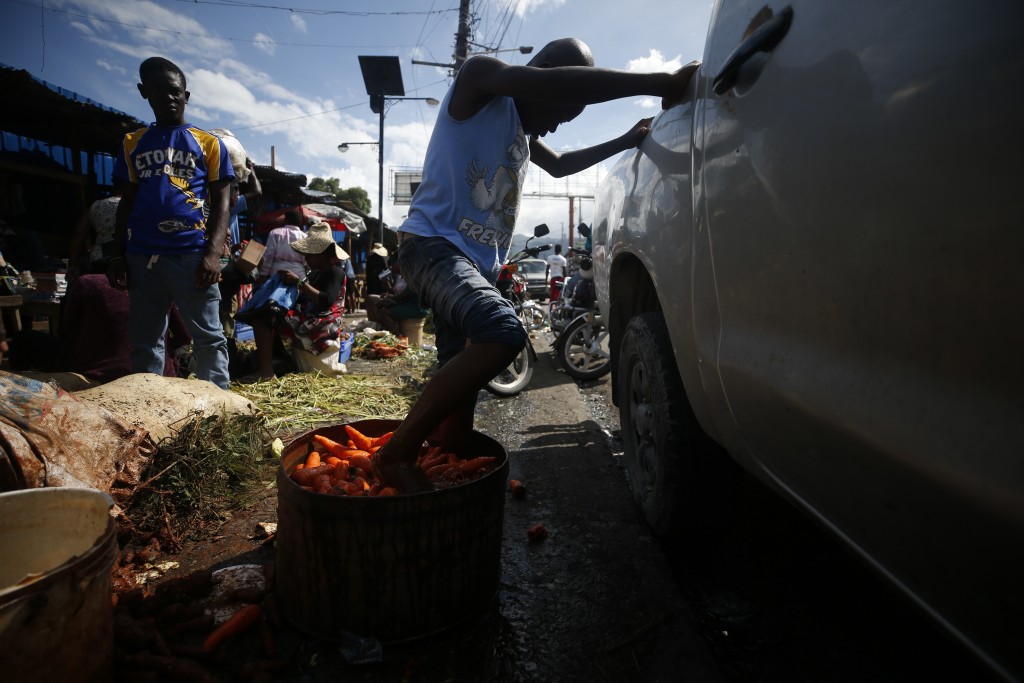 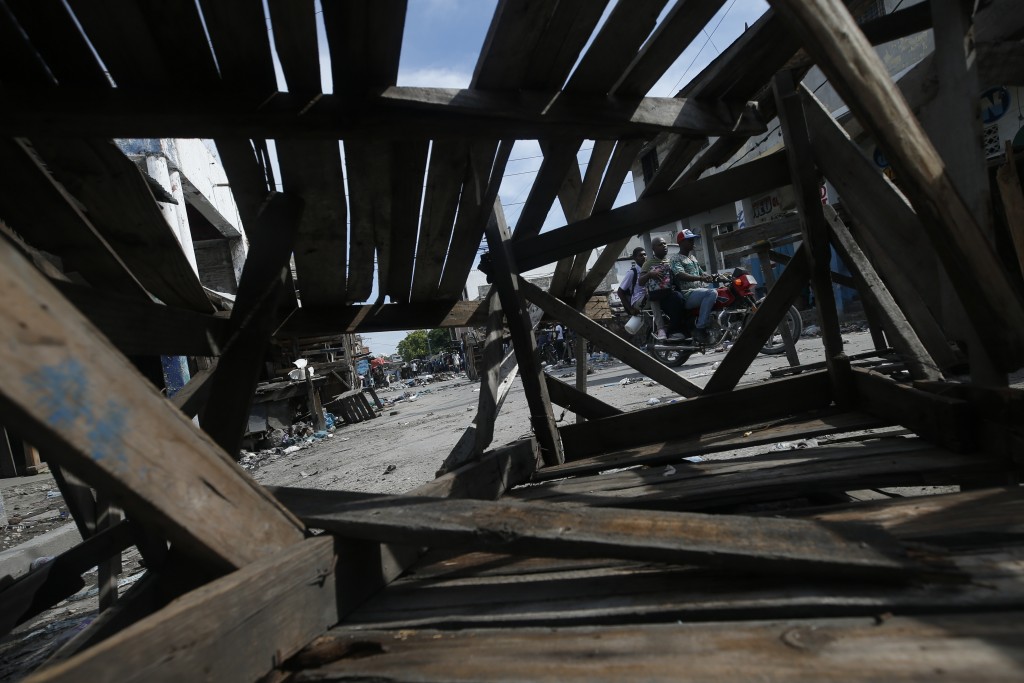 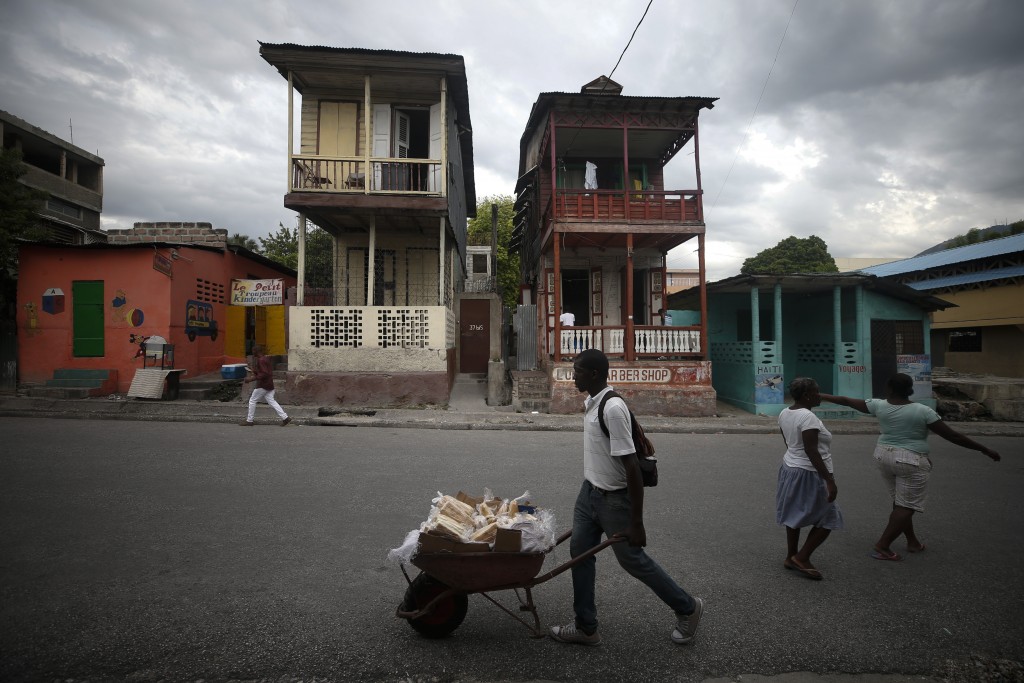 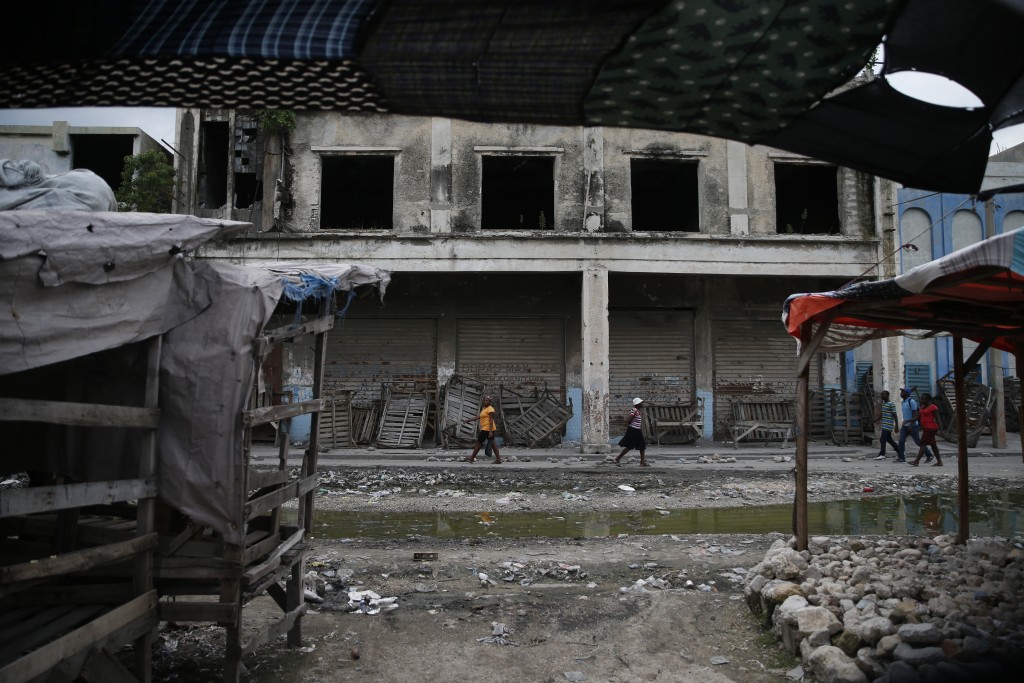 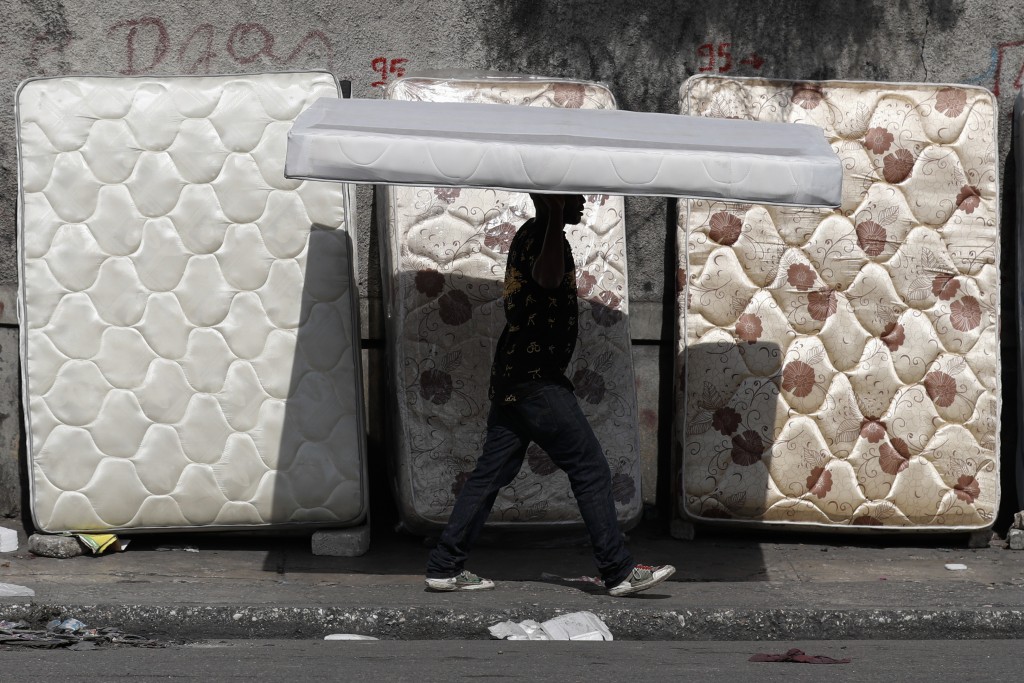 PORT-AU-PRINCE, Haiti (AP) — Marcel Cineus scanned the crowd for hints of a potential customer as people bustled past his wooden stall filled with hundreds of text books in the hills of Port-au-Prince.

School was supposed to start in early September, and Cineus by now would have sold a couple hundred books. But violent protests have shuttered public schools and businesses and left Haiti’s economy sputtering amid ballooning inflation as the opposition demands the resignation of President Jovenel Moïse.

As a result, Cineus sold less than a dozen books last month.

“Nothing is working with this president,” he said. “Some days I don’t have a single person buying a book. Zero.”

Cineus is now in debt with the wholesale company from which he buys brightly colored math, biography, grammar and geography books for elementary school children. The 42-year-old vendor has had to keep half of what he owes the company so he can buy food for his three children.

It’s a domino effect familiar to many of the nearly 11 million people who live in Haiti, where 60% make less than $2 a day and 25% earn less than $1 a day. Their daily struggles have become more acute as protests and roadblocks force the closure of businesses, sometimes permanently, as people lose jobs and dwindling incomes struggle to keep up with a spike in prices.

Before the newest round of protests began in early September, Haiti’s economy was already flailing. The country had seen a reduction in funds from Petrocaribe, a Venezuela-subsidized oil plan, given the drop in oil prices, and international aid for the devastating 2010 earthquake was dwindling.

The government turned to Haiti’s Central Bank for money, which sparked a devaluation of the Haitian gourde and led to a spike in inflation. Before 2015, the exchange rate was 40 gourdes to $1. Now, it’s nearly 100 gourdes for $1. Inflation over the last five years rose from less than 10% a year to almost 20%, said Haitian economist Kesner Pharel.

Then the protests halted the economy three weeks ago, he said, noting that food is not coming out of Haiti’s countryside and manufactured goods from the capital are not reaching rural areas.

During a brief respite Wednesday in the deadly protests, a line of cars almost a mile long snaked its way up to a gas station in Pétionville, one of the few that opened. Among those in line was a shiny black Mercedes, an old but colorful public bus known as a tap-tap and a truck carrying a load of small water bags.

The price of gas and other goods has increased even more since the protests, which means transportation has become more expensive. On Wednesday, motorcycle driver Garanet Noel stood on a busy sidewalk waiting for customers under a brutal sun, keys in hand.

Nearby, vendors balanced wooden boxes stuffed with smoked codfish on their heads, side-stepping mounds of spinach that rested on puddles of gray water. A man pushed a cement-crusted wheelbarrow filled with fresh loaves of bread. No one was buying.

Cineus began to rearrange his books as he waited for a customer.

“Every day we are living on hope,” he said.

Those lucky enough to have friends and relatives living abroad waited in line to pick up monthly remittances at a Western Union office that opened during the brief respite.

Among them was Malia Changeux, a 40-year-old mother of two whose husband lives in Pennsylvania. She used to sell beauty products and synthetic hair in downtown Port-au-Prince, but she and her husband agreed that it had become too dangerous to work there since the protests began. She now relies solely on the money he sends, but even then it is not enough sometimes.

Pharel, the economist, said it is impossible for Haiti to reboot the economy without help from loans or aid from the international community.

It’s a situation that Melicia Rampolo, a 46-year-old mother of three, was facing on a smaller scale. She is one of four owners of a small clothing store who worried about missing bank payments because she has not been able to sell any clothes, in part because protests have forced her to close the store most days. She also recently had to pay a doctor for treatment of a wrist she hurt when she fell running away from protesters.

“It’s day-by-day,” she said as she sat on a folding chair eating a small plate of rice and beans while waiting for customers, her left wrist in a bandage. A line of orange, green, blue and purple ties hung on the metal roof over her head, still in their plastic sheaths.

Like Rampolo, Cineus, the book vendor, was facing another day without a sale. But suddenly he broke into a bright smile when a woman approached with phone in hand to show him the name of the book she wanted for her child.

He looked around and then realized it was a book he didn’t have because he couldn’t afford to purchase it from the wholesaler. The woman thanked him and left.