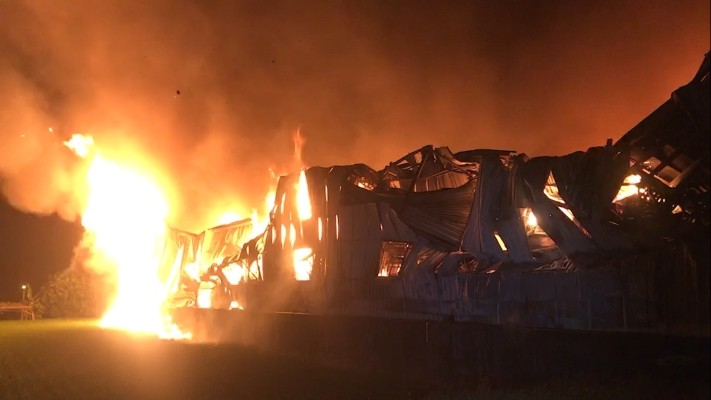 At 1:45 a.m. the Taichung City Fire Bureau received reports from the public that a fire had broken out at a steel factory on Zhonghe 6th Road in Taichung's Daya District. The Fire Bureau responded by dispatching teams from the Daya, Qingquan, Shuinan, Siping, Xitun, and Dacheng branches. Exterior of factory as firefighters arrived on the scene. (Taichung Fire Bureau photo)

However, fire crews lost contact with the two men who were believed to be on the second floor of the warehouse area. Three rapid rescue teams were sent to search inside the factory for the missing firefighters.

However, by 8:08 a.m., search teams found the two firefighters had been crushed by heavy falling debris and succumbed to their wounds, according to the report.

The scene of the fire was a tableware logistics center that baked raw materials for single-use, plastic cutlery. The fire started in the kitchen and quickly spread out of control, eventually engulfing an area of 500 square meters, reported UDN. Scene of the fire. (CNA photo)

The Fire Bureau said that Hsieh was from the class of 2010, married with a 2-year-old son, and his wife is pregnant with twins. Chang was a graduate of the police academy, single, a native of Tainan, and like Hsieh, was a member of the special search team. Body of fallen firefighter at the scene. (CNA photo) 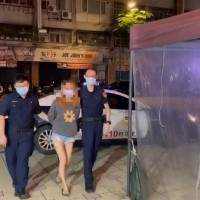