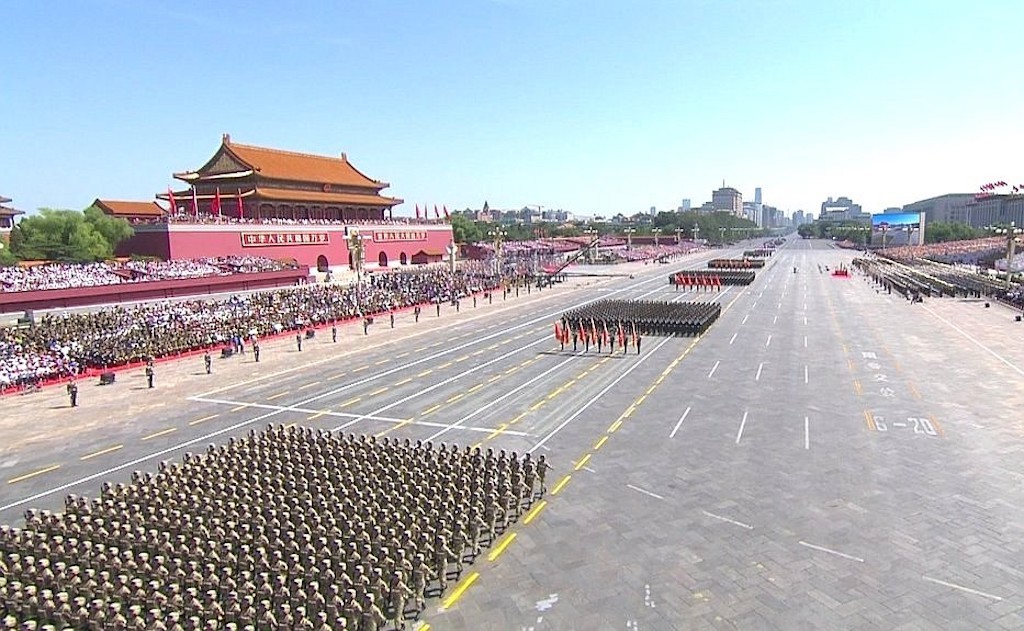 KAOHSIUNG (Taiwan News) — The Chinese Communist Party has controlled China for 70 years now and, for the party at least, this is something that merits celebrating.

For the people of China, however, it is a moment of sadness, mourning, and reflection. After all, the communist regime has subjected this once great nation, this historic civilization, to a brutal form of totalitarianism which has reduced its people to a cowering, brainwashed, and fearful mass largely unable to think for themselves.

It is worth being clear about what 70 years of communism has meant for the people of China. It has meant the murder of at least 45 million innocent people by the regime. It has meant the destruction of whole swaths of Chinese history and society in the name of the party.

It has meant the wholesale decimation of the Southeast Asian environment for the economic gain of a few Communist Party leaders. It has meant the elimination of the Tibetan way of life, the brutalization of Falun Gong practitioners, and the oppression of countless religious minorities. The cultural genocide of Uighur Muslims in East Turkestan is just the latest in a long line of human rights atrocities carried out in the name of the party.

It has meant the creation of the most oppressive surveillance state in the history of the world, where the CCP controls what every Chinese person says, does, and even thinks. And it has also meant the establishment of an expansionist state which threatens regional and, increasingly, global security as a direct result of the party's need to engineer a nationalist agenda in an effort to keep the people in line.

What the military parade tells us about the CCP

Needless to say, none of these facts can be voiced inside China itself. There, the people have been subjected to all the pomp and pageantry you would expect from such a government.

The colossal military parade held on the streets of Beijing earlier this week actually said a great deal more about the CCP than its members might have thought.

Of course, the people weren’t allowed to actually attend in person — That would have left the display open to sabotage. Instead, they were obliged to watch on TV at home.

Such spectacles as this are not the actions of a normal country. They are the actions of military regimes, ideological dictatorships, and insecure authoritarians. The CCP, of course, ticks all of these boxes.

If any country in the world needed reminding about what Communist China represents, this military parade should have brought home the point clearly. Under communist rule, China has become a hostile country, a military provocateur with an expansionist agenda and a desire to control or be feared by the entire world.

This parade was a show of force intended to send a message to the wider world that China is a military power and that those who mess with China will suffer the consequences. This parade was a transparent threat to the USA and to global stability.

But it was also designed to send a domestic message. It was a reminder, if one were needed, that the CCP will not tolerate dissent of any kind within China and that those daring to challenge the party and its absolute control will suffer as a result.

One place where this message was aimed more than any other was Hong Kong.

In Hong Kong, ordinary people are more able to voice their opinions, and in recent months they have not been afraid to do so. But inevitably, with the CCP, there have been consequences.

Police brutality and unrestrained violence from pro-Beijing gangs towards innocent protestors is now the norm on the streets of Beijing. But things got even worse on Monday as a protestor was shot in the chest with a live round fired by a Hong Kong police officer.

This is the first time since the wave of protests began that anyone has actually been shot, although this is more due to the eyes of the world being on Hong Kong than any restraint being shown by pro-Chinese forces there.

It is unlikely to be the last time, though, with reports that CCP troop numbers in Hong Kong have doubled in recent weeks. This raises the prospect that a full-on crackdown after the anniversary seems more likely than ever.

The official CCP parade saw tanks once again rolling through Tiananmen Square in Beijing, the site of one of the CCP’s worst atrocities. There, innocent democracy activists, just like those now on the streets in Hong Kong, were brutally put down.

But much as the CCP might like to think otherwise, the shooting of a democracy protestor in Hong Kong is actually a more fitting and appropriate ‘tribute’ to their past 70 years than anything happening in Beijing.

In between the ballistic misses and massed ranks of soldiers, the CCP military parade also included a number of floats representing each corner of their empire.

Rather amusingly, this included a float supposedly representing Taiwan.

It is difficult to know where to begin with this float, which has generated much mockery and ridicule online. It appeared to consist of waves, which presumably symbolize the Taiwan Strait, a temple room, and a large image of a river. The handful of people on board were dressed in what looked like indigenous Taiwanese clothing.

There was no more a place for Taiwan in this parade than there was Japan or South Korea. Taiwan has never been part of the Communist People’s Republic of China, and the regime has no legal basis for any claim of sovereignty over it.

More fitting might have been a float symbolizing the various developing nations around the world which China has effectively subjugated through its economic colonialism, debt trap diplomacy, and the Belt and Road initiative.

Unfortunately, Communist Party leader Xi Jinping made clear that his regime still plans to annex Taiwan at some point in the future. This declaration reveals as much about the regime’s weaknesses as it does any realistic aspirations at sovereignty.

The CCP needs its nationalistic agenda more and more as China’s co-called economic miracle flounders. The party has retained its grip on power over the past couple of decades primarily by convincing its people that economic progress is worth more than political freedom.

But China’s economic progress under the CCP is built on sand. It is anchored in a culture of corruption, currency manipulation, state intervention, and debt.

It cannot go on indefinitely, and the trade war with the USA appears to be hastening its decline. The CCP is as weak today as it has been at any point in its 70-year history, and this is a golden opportunity for the rest of the world to rid itself of the biggest threat to international peace and security.

More importantly, it is a great opportunity for the Chinese people to rid themselves of their oppressive regime and secure the political and social freedoms that are so long overdue and so richly deserved.

Over seventy years, the CCP has delivered untold damage to China and the Chinese people. The CCP is the enemy of China, and anyone who truly loves China must be fundamentally opposed to its ongoing tyranny.

Their 70th anniversary is no cause for celebration unless we can look back on it as the beginning of the end. 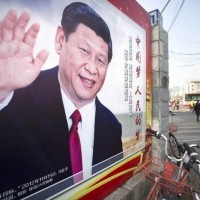