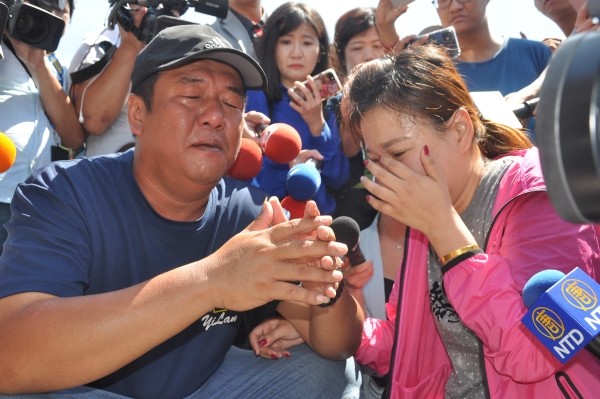 TAIPEI (Taiwan News) — The Taiwanese owner of the three fishing boats that were crushed when a suspension bridge suddenly collapsed on Tuesday expressed his sadness over the loss of crew members, who he described as being "like my family," and called for expedited rescue efforts.

Shortly after 9:30 a.m. on Tuesday, the Nanfang'ao Bridge in Yilan's Su'ao Township suddenly gave way, injuring at least 12 people. The bridge crushed three fishing boats beneath it, injuring and trapping a number of migrant fishermen on board the vessels, with the death toll now standing at five.

A total of 12 people have been sent to nearby hospitals since the disaster took place, six with serious injuries and four with minor injuries, in addition to two Coast Guard officers who were hurt during rescue operations. Six foreign fishermen were initially believed to be trapped in the boats under the bridge, five of whom have since been found to have perished.

The owner of the Hsin Tai Sheng No. 366, Hsin Tai Sheng No. 266, and Hsin Tai Sheng No. 33, surnamed Chiang (江), has been anxiously waiting at the pier for news of the fate of his crews since the accident occurred Tuesday morning. On Wednesday, he urged Transport Minister Lin Chia-lung (林佳龍) to take every effort to expedite the rescue of his crew members saying "The fishermen are like my family members. It doesn't matter if the ships have to be destroyed!" reported ETtoday.

Chiang said that some of the fishermen have been working for him as long as 12 years, with the newest member having worked six years, reported CNA. Chiang expressed frustration about what he perceived as inaction by rescue workers, saying "They only have meetings and do not take action. Why are my boats just sitting there? My people are still trapped below."

Chiang emphasized that he did not care about the damage to the boats: "I just want the people!" Chiang's wife said that she was hoping for a miracle because she knew that the men had families back in their home countries who depended on them.

Lin tried to reassure Chiang and his wife that he had already made a request for maritime rescue personnel and that search and rescue operations would be accelerated. He said that personnel dispatched by the Central Emergency Operation Center have been continuously searching since early Tuesday.

Lin said he appreciates Chiang's sense of urgency but that the rescue efforts in the water involve safety precautions and that towing the boats suddenly was too risky. He said that divers would first affix ropes to the boats and then carefully tow them away from the bridge to facilitate rescue efforts. 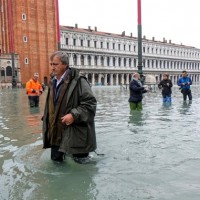 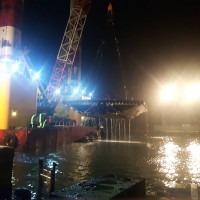