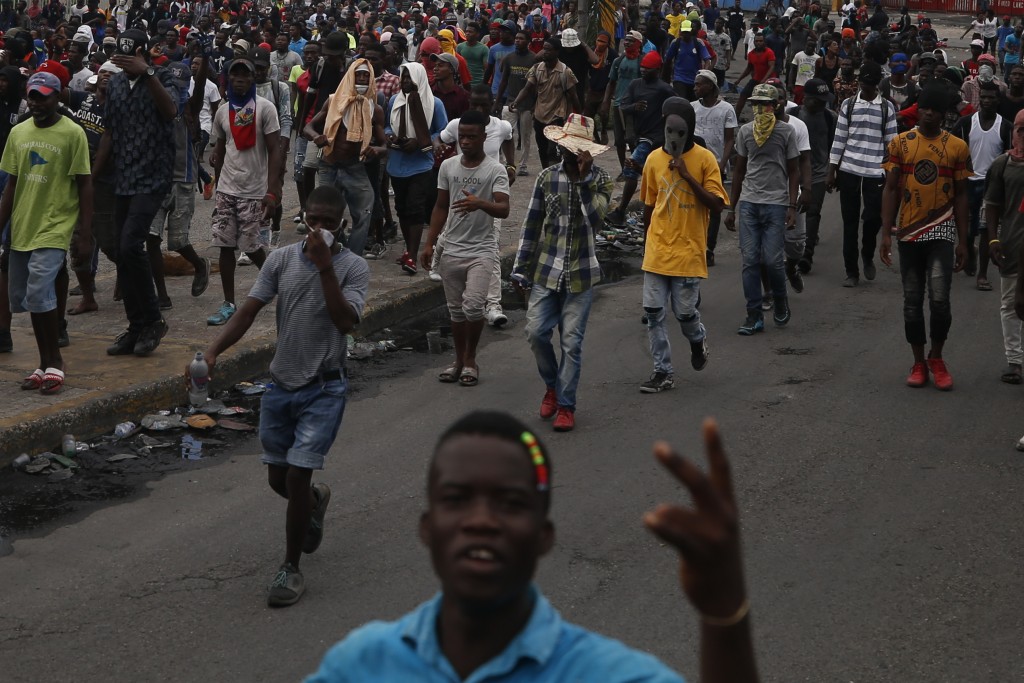 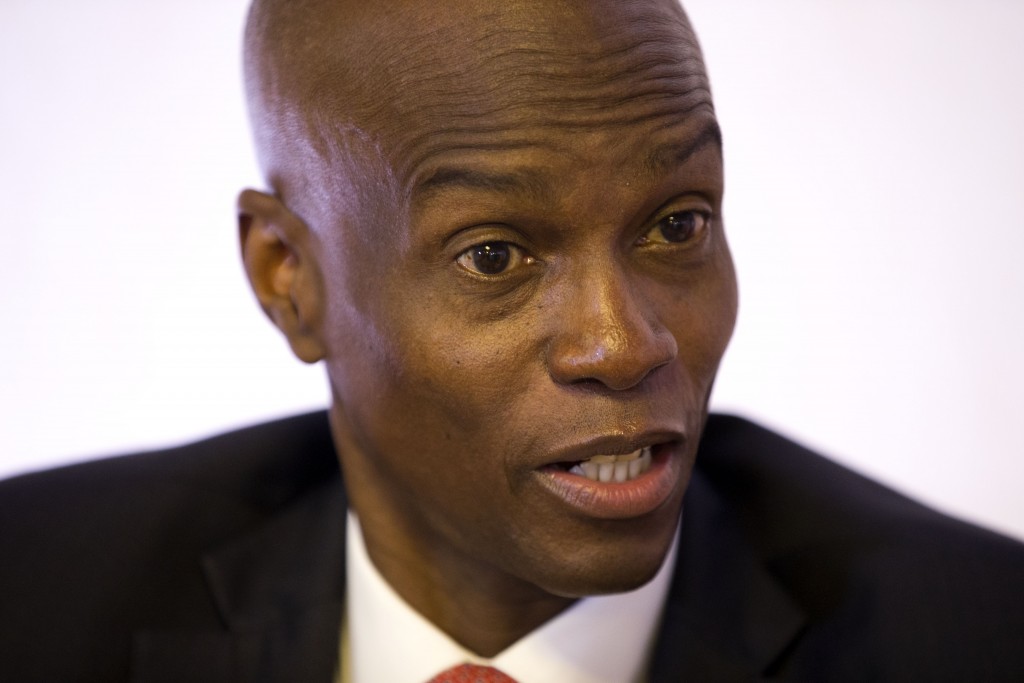 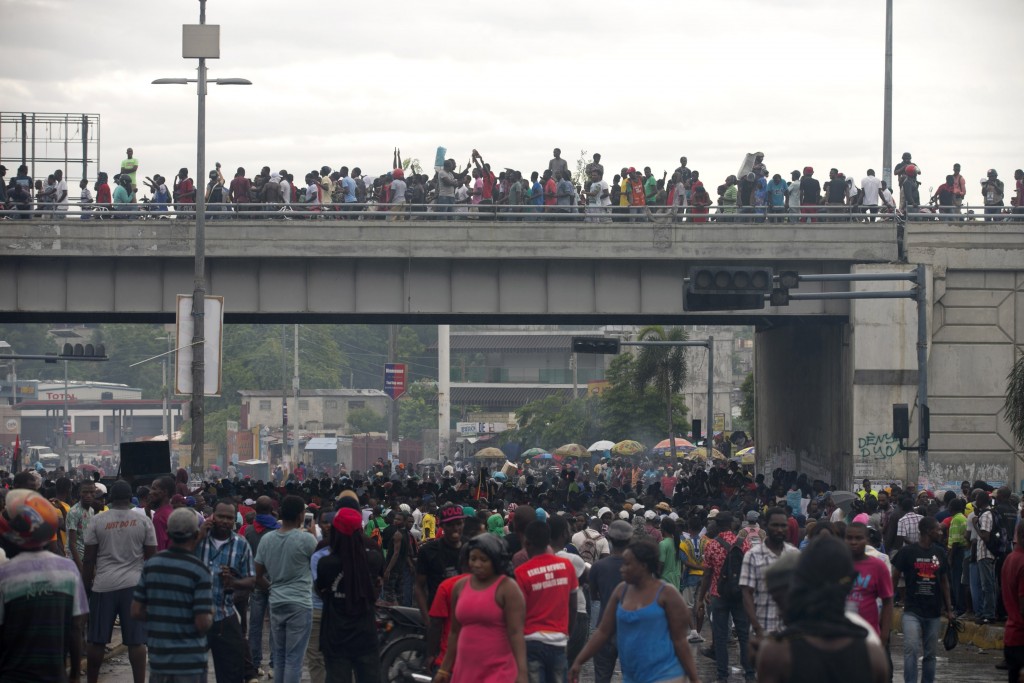 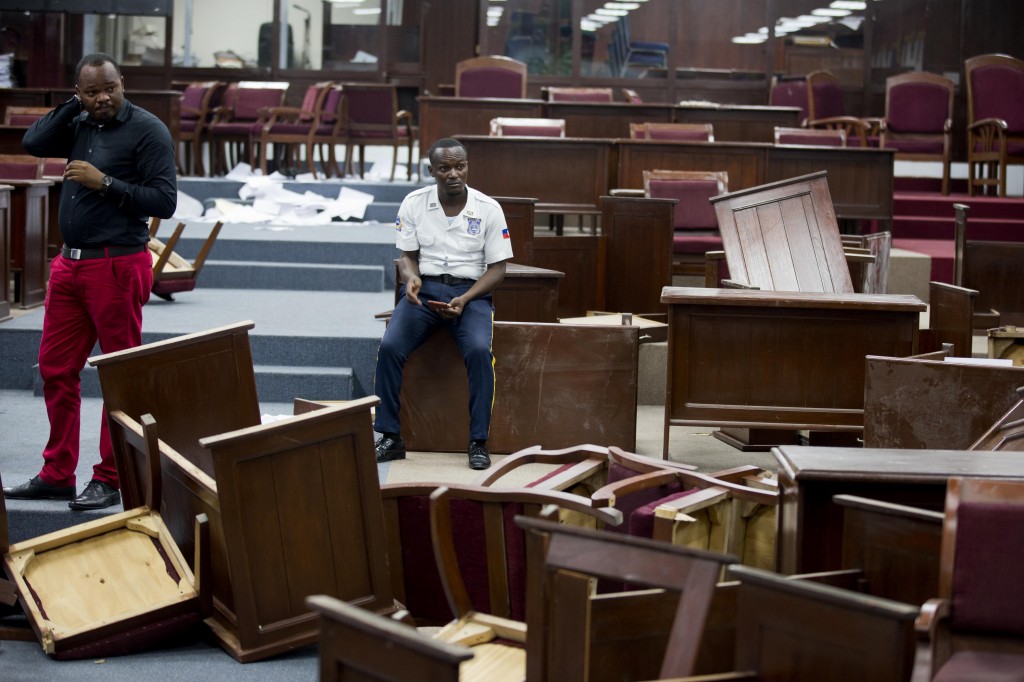 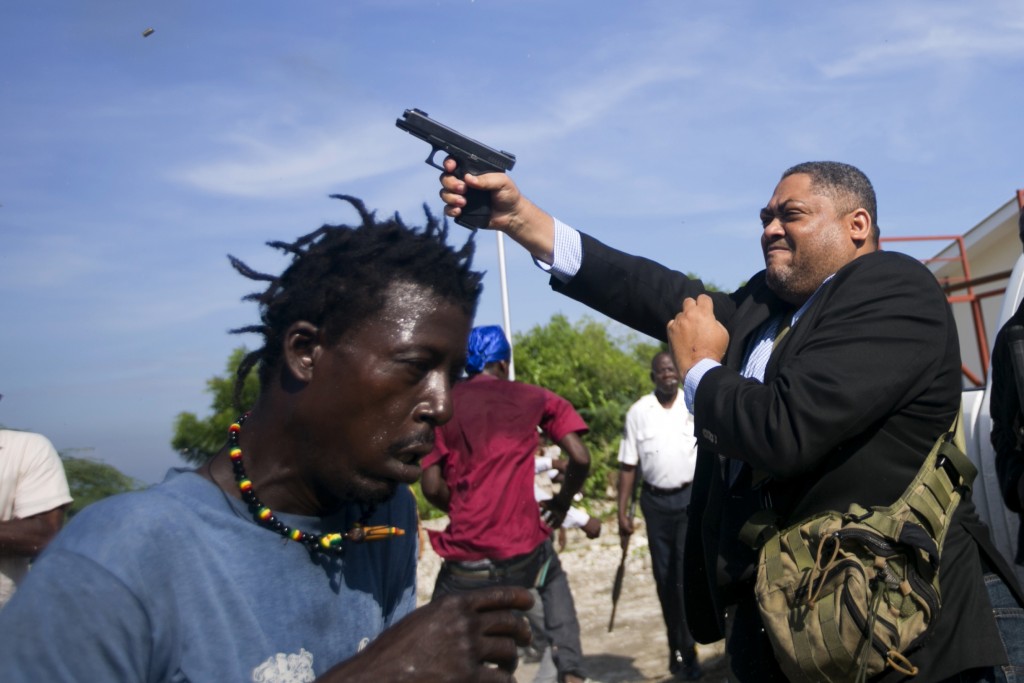 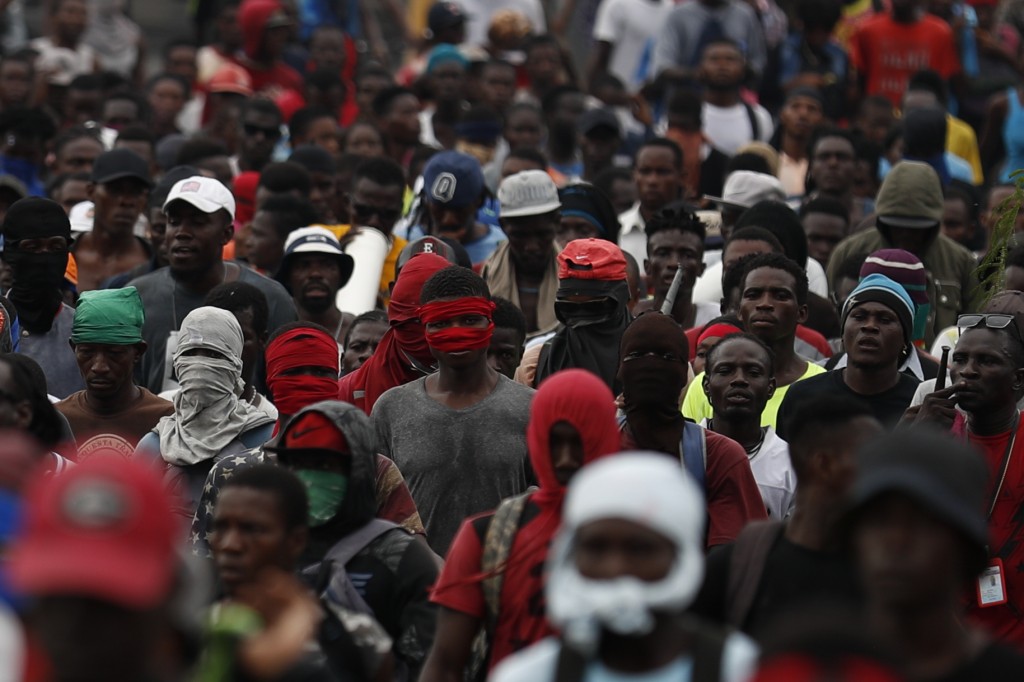 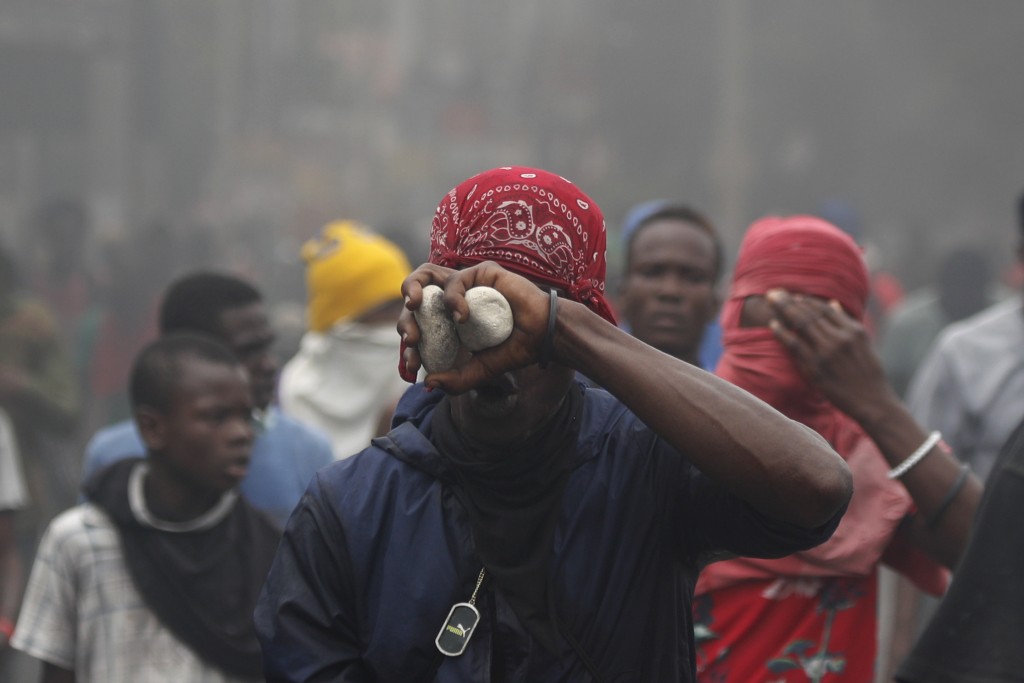 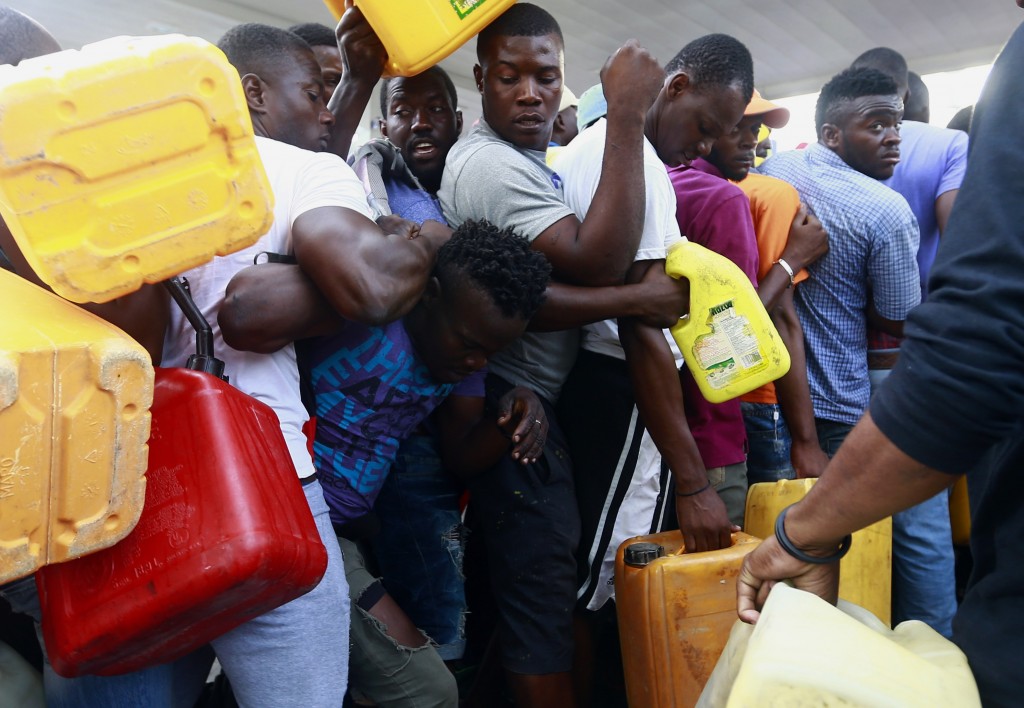 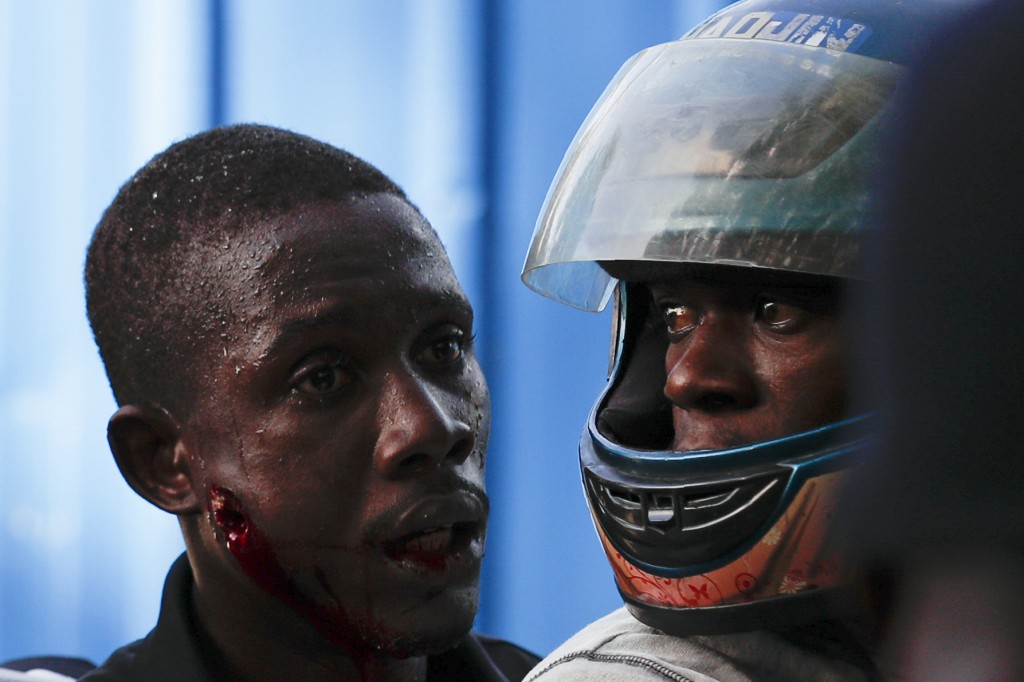 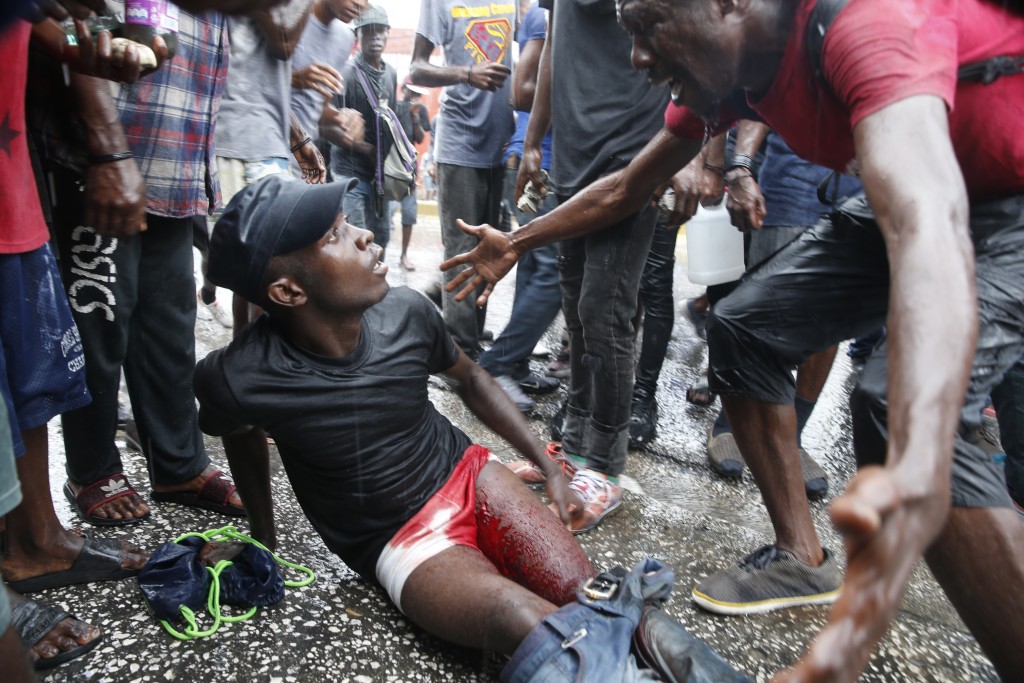 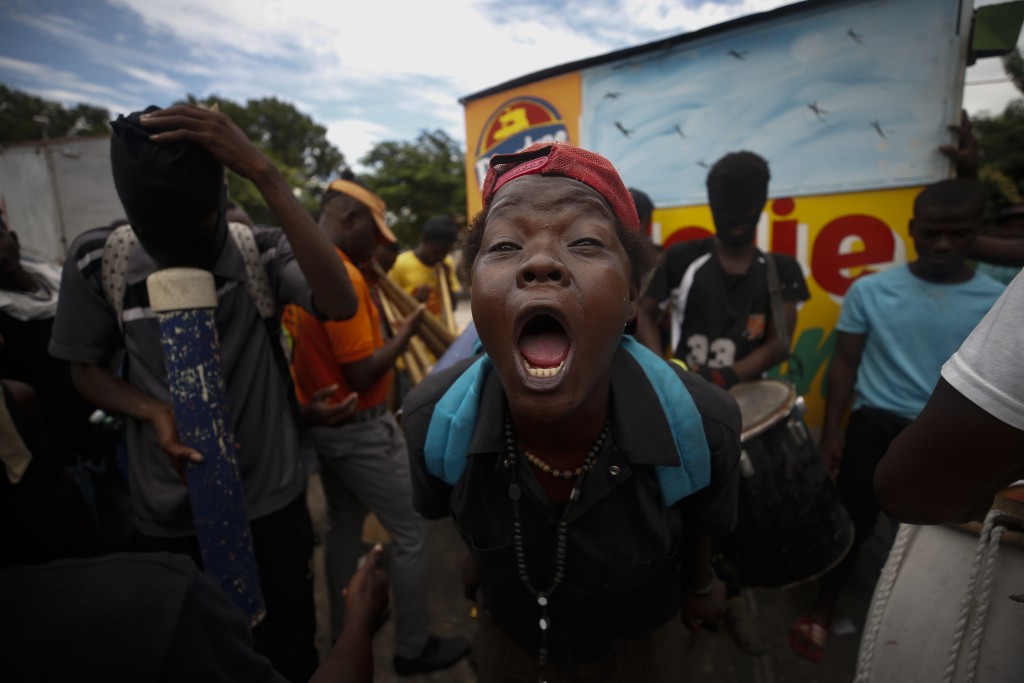 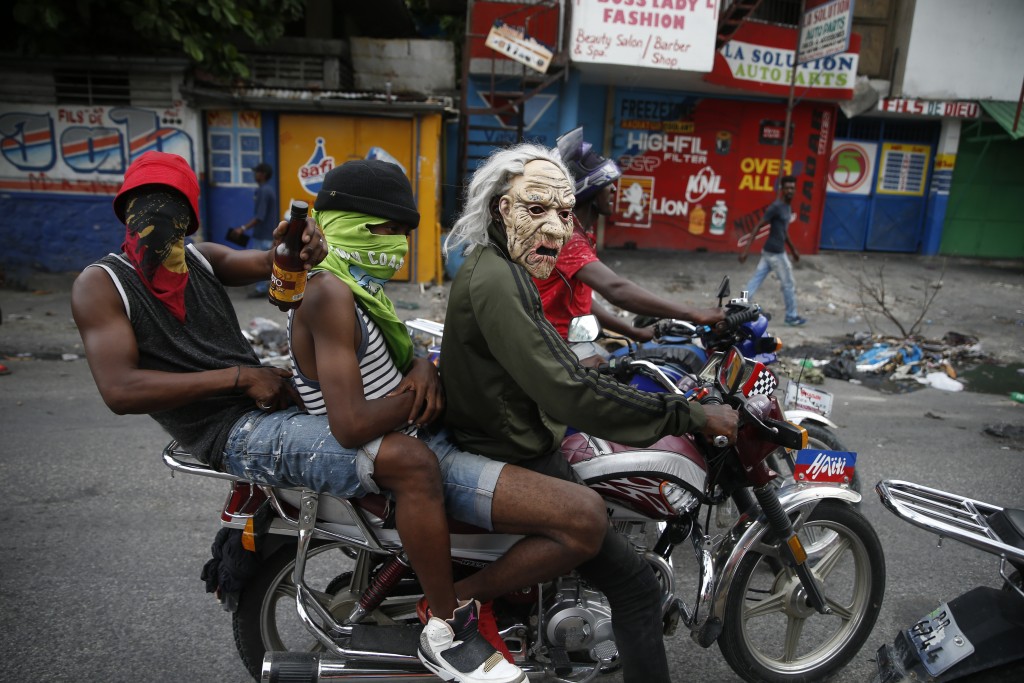 PORT-AU-PRINCE, Haiti (AP) — The operation dubbed "Find Jovenel Moïse" organized by opposition leaders demanding the resignation of Haiti's president ended abruptly when he appeared at the National Palace early this week following violent protests in which several people were killed.

Haitians had become so accustomed to not seeing their president in person amid a deepening political and economic crisis that his arrival at the palace Tuesday took protesters by surprise, with only a handful of them present to pelt his convoy with rocks.

Despite the rarity of his public appearances, the embattled leader has given no indication that he will step down after nearly a month of demonstrations against corruption, spiraling inflation and dwindling supplies of food and gasoline. Opponents have scheduled another protest for Wednesday, promising to once again paralyze Haiti's capital and nearby communities if he doesn't leave office.

As the standoff continues, Haitians wonder who will yield first: the protesters or the president.

"It's a dramatic situation, a chaotic situation," said Evans Paul, a former prime minister and Moïse ally who privately discussed the crisis Monday with the Core Group, which includes officials from the United Nations, United States, Canada, France and others.

Paul told The Associated Press that while those present did not say whether Moïse should remain in power or resign, they urged dialogue, voiced support for Haiti's institutions and defended democratic principles, with Paul noting that Moïse was elected by the people in 2017 for a five-year term.

He also said government officials are outlining ways to exit the crisis. He believes Moïse has two options: choose a prime minister backed by the opposition or possibly reduce the length of his presidential term. However, Paul said many problems remain, including the lack of a provisional electoral commission.

After the meeting, Paul said, he met with Moïse to talk about the options and negotiations are continuing.

"He hasn't said yes yet," Paul said, adding that while he has encouraged Moïse to make bigger concessions, "he can't put everything on the table."

The opposition has rejected Moïse's pick for a new prime minister, with a Sept. 23 vote being indefinitely postponed after a senator who said he was trying to protect himself from protesters fired his pistol outside Haiti's Senate, injuring an AP photographer and a security guard.

If Moïse and key officials arrive at a solution, it will likely be announced by a non-partisan group instead of the president to lend it credibility and appease the people, Paul said.

Moise's rare appearance Tuesday came a day after he presided over a meeting with a special council of ministers by phone, government spokesman Eddy Jackson Alexis confirmed to AP.

A spokesman for Moïse did not return a message for comment, and neither did officials with the U.S. Embassy in Haiti. A Canadian government official said no one was available for comment.

A spokesman for the United Nations Mission for Justice Support in Haiti declined requests for an interview but issued a statement saying the mission was concerned about reports of violence and arson, seeks to have democratic processes respected and is working to encourage a peaceful resolution.

On the day the Core Group met, opposition leader and attorney André Michel tweeted that Haitians must remain mobilized until a president and interim government is installed: "We will not take orders from foreigners."

Among those joining the opposition's call for Moïse's resignation is Paul Émile Demostine, an EMT who joined the protests and spoke near a barricade of burning debris.

"Ever since he became president, it's been total misery," Demostine said, adding that his children have been unable to go to school as a result of the protests. "We need Haiti to change completely."

Protesters also are demanding a more in-depth investigation into allegations that top officials in the previous administration misused billions of dollars in proceeds from a Venezuela-subsidized oil plan. Critics accuse Moïse of trying to protect his ally, former President Michel Martelly, and of participating in the corruption himself before becoming president.

The protests have paralyzed the economy and closed down roads across the country, upending the supply chain and disrupting the distribution of food and gasoline, with long lines forming at a handful of gas stations and water kiosks that remain open.

"It's an extremely serious situation," said Haitian economist Kesner Pharel. "The political situation has been disastrous, and we are paying dearly for it."

Prices have been rising in a country of nearly 11 million people where some 60 percent make less than $2 a day, he said. Inflation hit 19% in July, the latest number available, and economists predict it could be at 20% or higher in October, which would mark the first time that level since 2008, a situation that sparked food riots, Pharel said.

He also noted the fiscal year began Oct. 1 but the government has not yet approved a new budget, adding that this year could see a 1% contraction in the economy as the demographic rate increases.

"You're going to have more extreme poverty," Pharel said. "We have a very volatile situation."