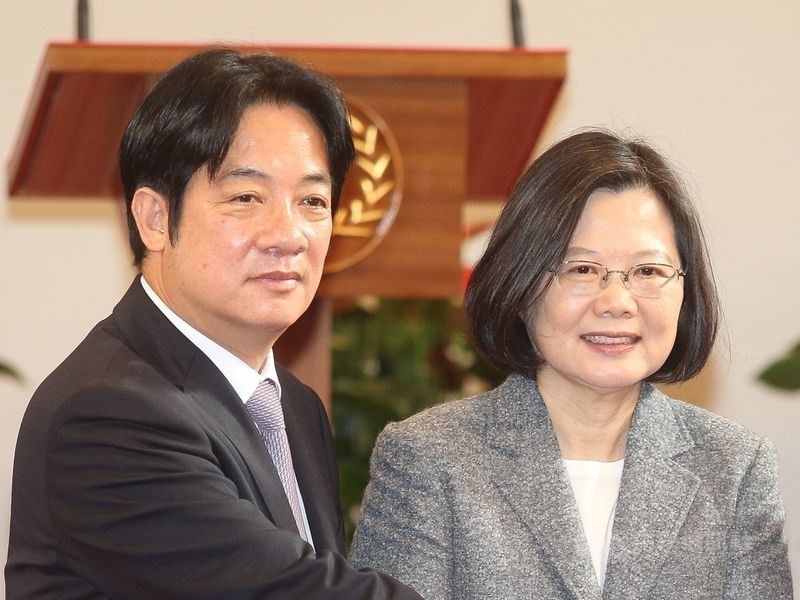 When Lai stayed away from last Saturday’s (Sept. 28) 33rd anniversary celebrations for the Democratic Progressive Party (DPP), it was reported that he had met the president earlier in the week, according to Taiwanese media reports.

However, top presidential officials denied knowing about such a meeting, according to commentator Chen Ming-yao (陳銘堯) in the Taiwan People News.

Recent campaigns to persuade Tsai to pick Lai as her running mate for the Jan. 11, 2020 presidential election were really a trap set to catch the former premier, Chen wrote, adding that voters disappointed in the DPP would not return and would even start to question Lai’s integrity if he accepted an offer from Tsai.

The writer accused some media of producing “fake news” about the so-called meeting between the two top DPP politicians, while adding that Lai missed several opportunities to set himself apart from the ruling party and protect his image. He should have left the DPP, which would have allowed him to run as president on behalf of the small parties which have recently emerged, Chen wrote.

In a separate piece for the Taiwan People News, columnist Lee Mu-tung (李木通) wrote Monday that the Sept. 23 news conference attempting to reject the allegations actually did not dispel the doubts.

According to the timetable presented by presidential officials, Tsai first handed in her dissertation before completing the relevant oral examinations. However, according to Lee, once the oral tests over, the suggestions from those tests have to be taken into account for a final version of the Ph.D. dissertation.

The timetable at the news conference does not mention that element, showing that Tsai never presented a final version of her dissertation to LSE, but only submitted a draft before the oral tests to her professor, Lee said.

The copy of the dissertation at LSE shows numerous hand-written notes, mistakes and inconsistencies, revealing it was only a draft, and the final version was never submitted to the college, Lee wrote.