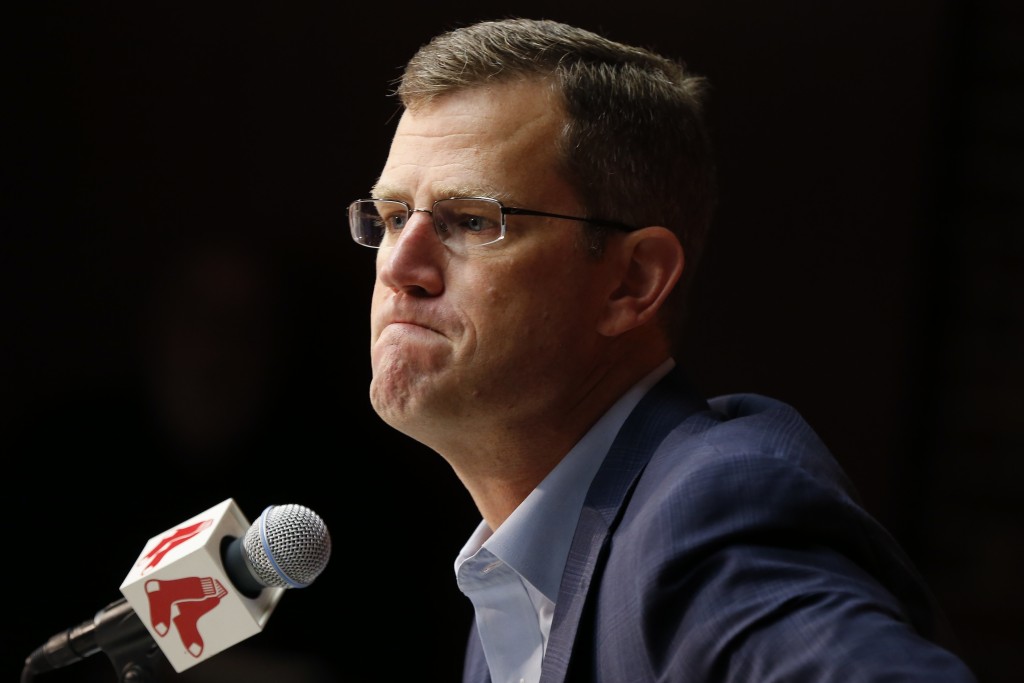 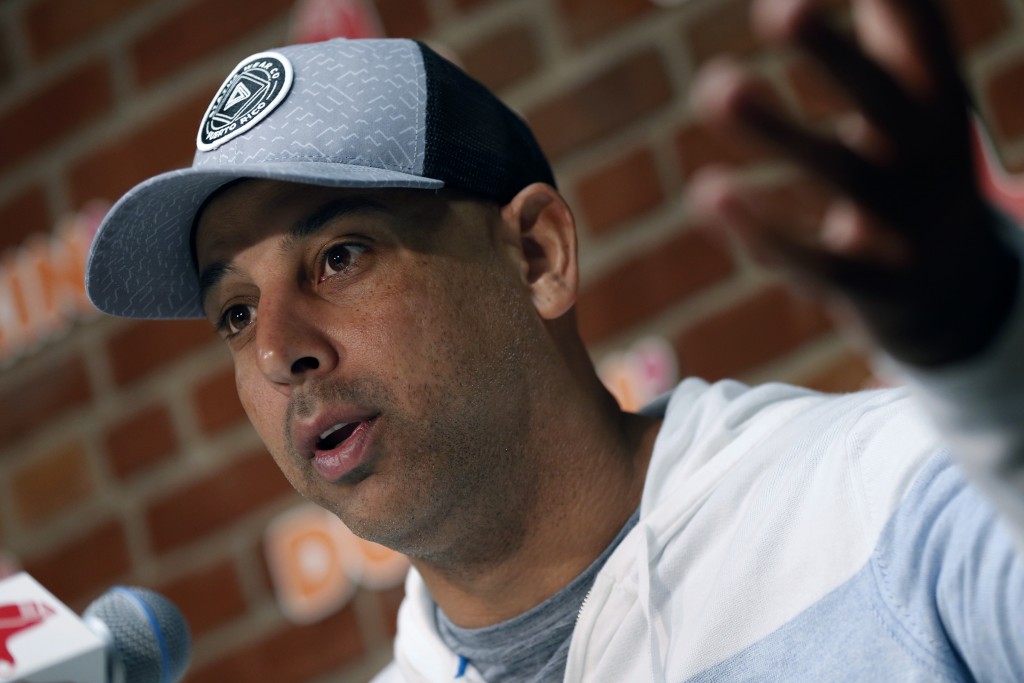 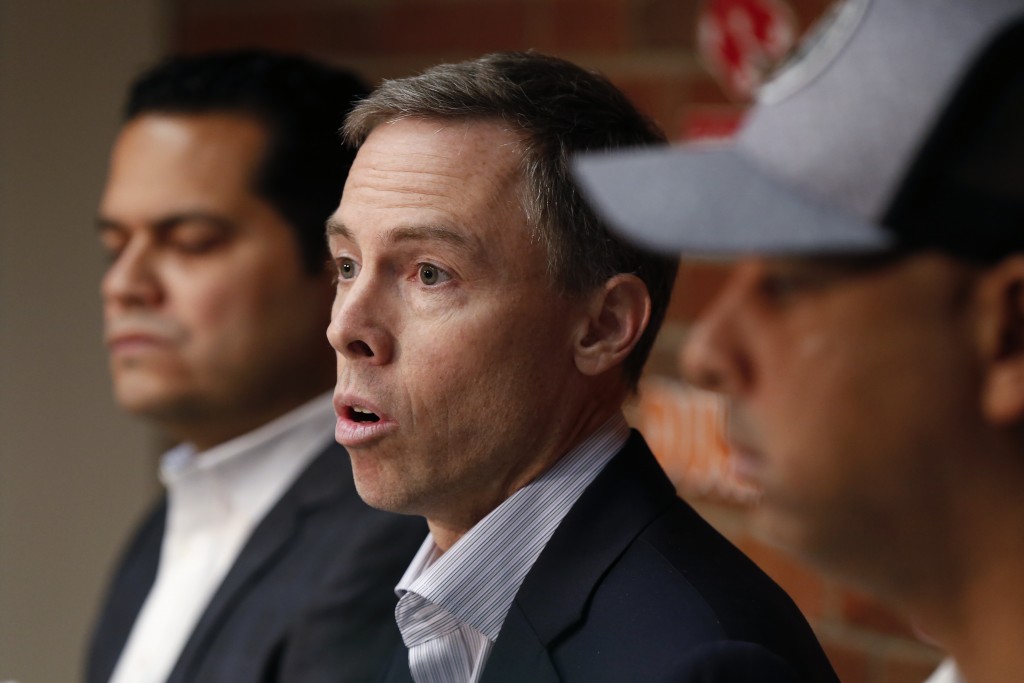 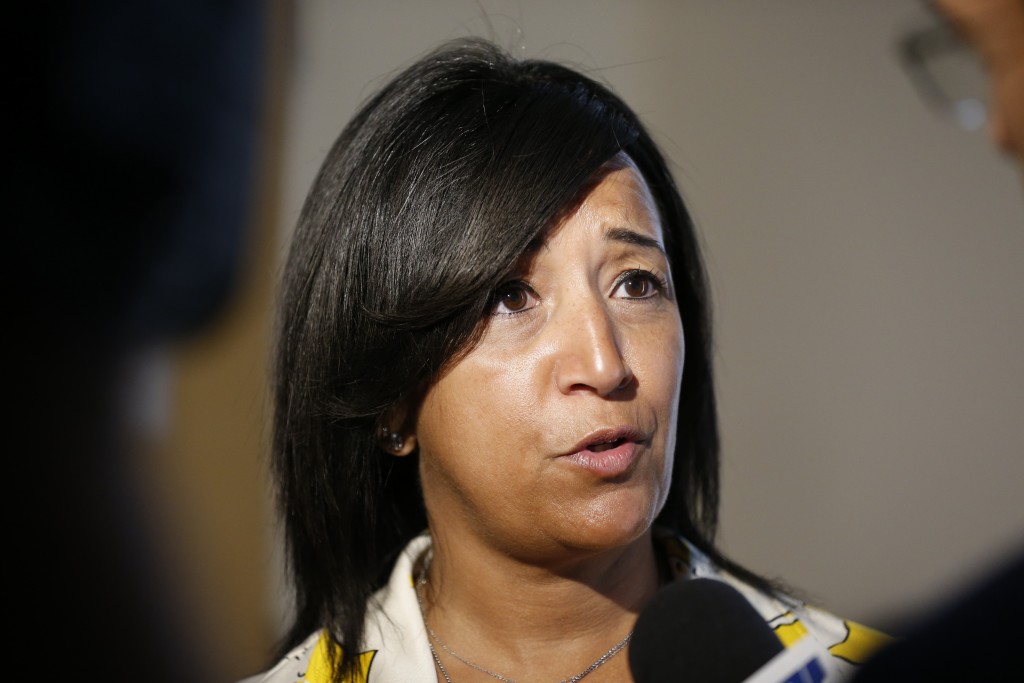 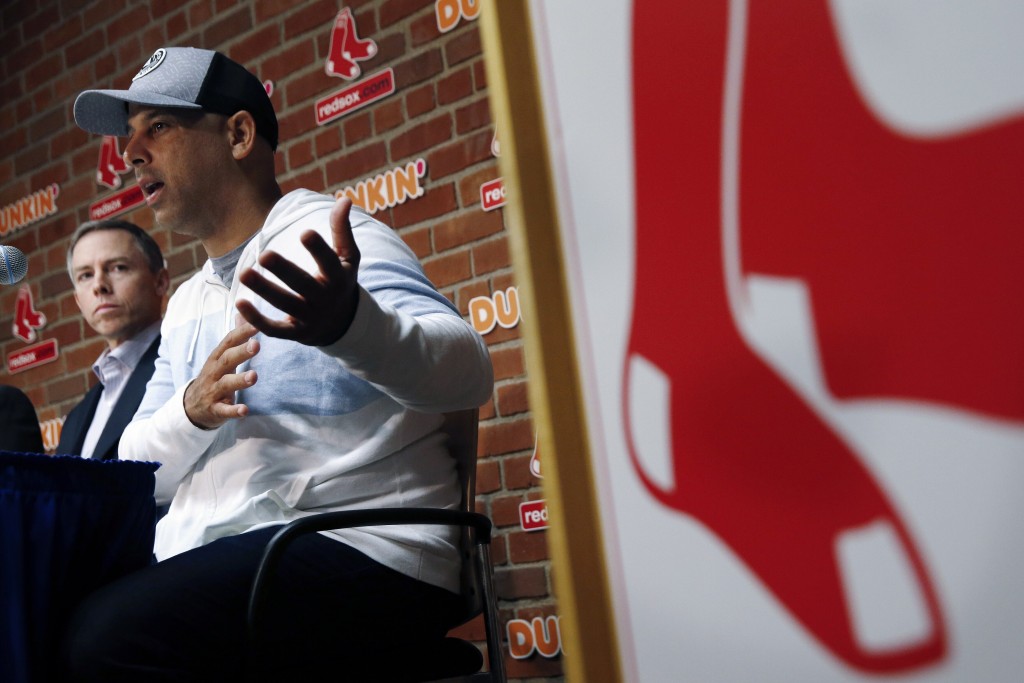 BOSTON (AP) — Getting under baseball's luxury tax threshold next year "is a goal, but not a hard-and-fast mandate," Boston Red Sox team president Sam Kennedy said Monday, a day after the defending World Series champions finished the season out of the playoffs for the first time since 2015.

Three days after owner John Henry said "we need to be under" the competitive balance tax, Kennedy said that is merely a "guidepost for our budgeting" as the team tries to hold onto Mookie Betts and J.D. Martinez while cutting salary below the $208 million CBT threshold.

Oh, and still improving the team enough to return to the postseason in 2020.

"We will continue to demonstrate a willingness to go over the CBT," Kennedy said. "It is going to be a challenging offseason, but we are going to attack it."

The Red Sox followed their record-setting 108 wins and fourth World Series title since 2004 with an 84-78 season in which they were never really in contention. Erstwhile aces Chris Sale and David Price were shut down before the end of the year, and baseball boss Dave Dombrowski was fired.

Alex Cora, who seemed to do everything right as a rookie manager last year, pointed to two stretches where the team slumped: At the beginning of the year, when they started 2-8, and then during an eight-game losing streak against the playoff-bound Rays and Yankees.

"We didn't take anything for granted," Cora said. "We just didn't play well."

Here are some things the Red Sox need to deal with this offseason:

After firing Dave Dombrowski earlier this month, the Red Sox are being run by a "Gang of Four" that includes assistant general managers Brian O'Halloran, Eddie Romero and Zack Scott and senior vice president Raquel Ferreira.

"They're taking action, they're not waiting," Kennedy said.

And all they need to do is figure out a way to keep Betts, the 2018 AL MVP, who earned $20 million last year and is eligible for a big raise in arbitration. So far, he has rejected offers for a long-term extension and is eligible to become a free agent after the 2020 season, leading to speculation the team could trade him.

Martinez has three years and $62.45 million remaining on his contract, but he can opt out five days after the World Series. In his two seasons in Boston, he has averaged 40 homers, 35 doubles, 118 RBIs and a .317 batting average.

"Those guys were huge," Romero said. "Those are foundation pieces in the locker room and we're so thankful for what they've done for us."

SAME AS THE OLD BOSS?

First up is finding someone to run baseball operations. Asked about reports the team might pursue former general manager Theo Epstein, now with the Cubs, Kennedy said, "We're not ruling anything out."

Epstein helped the Red Sox end their 86-year championship drought in 2004 before moving on to the Cubs and guiding them to their first World Series title in 108 years. But, just as the Red Sox did in 2011, Chicago went through a September collapse and fired the manager — in this case, Joe Maddon — that ended the decades of fan suffering.

"Theo said his focus is on the Cubs and we haven't requested permission," Kennedy said. "We just haven't ruled anything out. It's too early."

THE CHANGE, IT HAD TO COME

Complicating matters is the tax threshold, which goes up to $208 million next year. The Red Sox payroll totaled $243 million in 2019 — the highest in baseball for the second straight year — and if they exceed the threshold for a third straight year they would pay a tax of 50% or more on every dollar above it.

They will save more than $56 million with the expected departures of Rick Porcello, Mitch Moreland, Steve Pearce and Eduardo Núñez and the end of the team's obligation to Pablo Sandoval.

The team said it's possible to still keep Betts and Martinez.