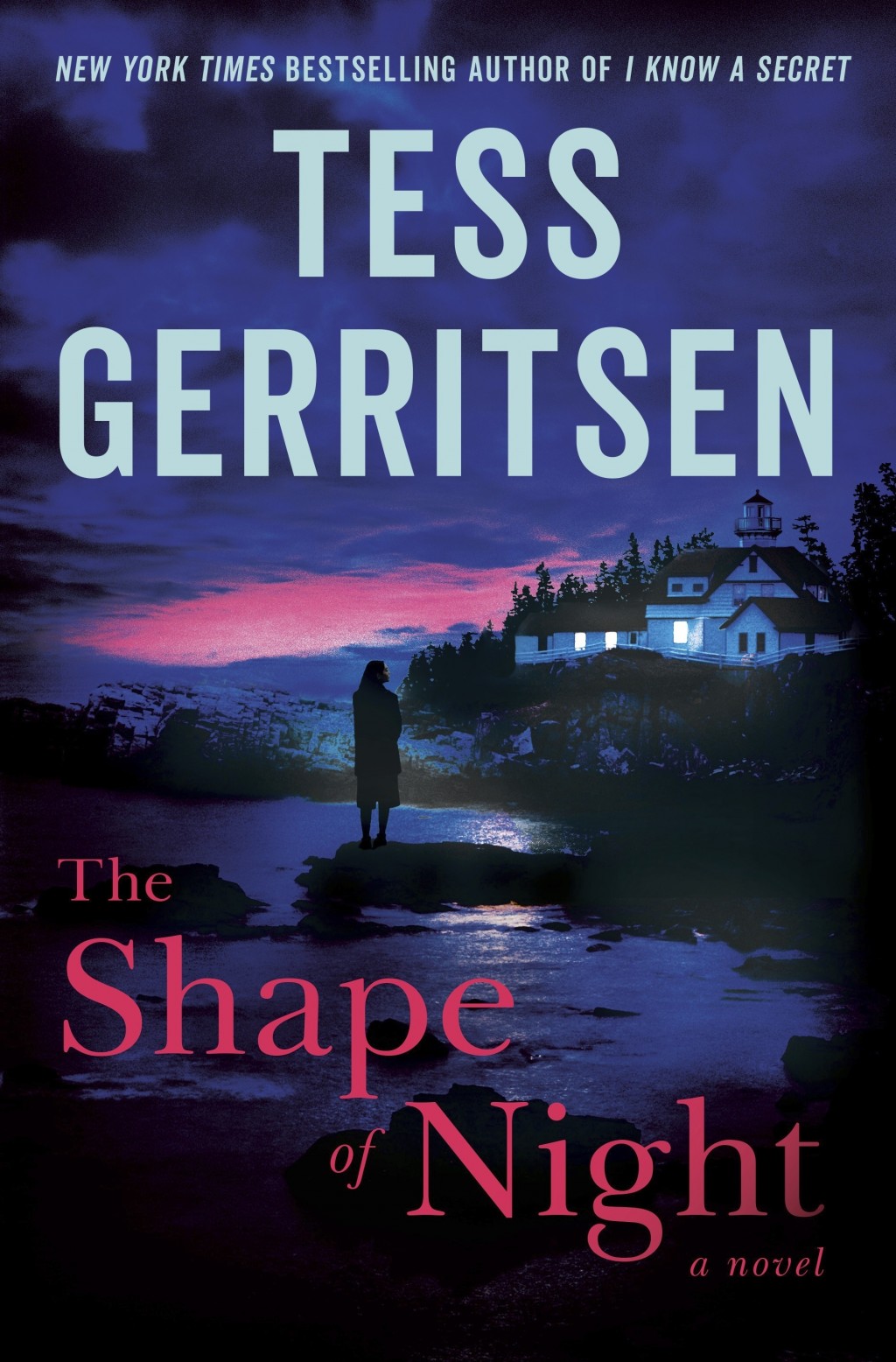 "The Shape of Night" (Ballantine), by Tess Gerritsen

In "The Shape of Night" by Tess Gerritsen, a writer named Ava Collette attempts to escape a tragic event in Boston by fleeing to a remote area of Maine where she rents an isolated mansion that overlooks the coast. It's a chance for her to forget and focus on finishing her next cookbook. The mansion, Brodie's Watch, has a history, but rumors of a dark past and it being haunted don't deter her from moving in. Then one night she sees a glimpse of someone who looks suspiciously like Capt. Jeremiah Brodie, the sea captain who owned the house over 100 years ago. Is it her imagination or is the mansion truly haunted?

The more she starts to question if she saw a ghost or not, she learns that previous women who have lived in the house have died under mysterious circumstances. Then Capt. Brodie begins to visit her in the bedroom and they begin a relationship that is built primarily on lust. She wakes up the next morning after an escapade with her ghost lover and discovers bruises and scratches. If it all was a dream, then why would she have physical proof that she had been with someone during the night?

Gerritsen creates an atmospheric scene with the mansion and the Maine coastline, and readers will almost feel the breeze and hear the waves crashing against the rocks. The main story of Ava, who may — or may not — be descending into madness, is compelling, and a clever twist or two steers the narrative in unexpected ways. It's a bit graphic in the sex scenes a few times, but that is a minor nitpick in what is another winner for Gerritsen.