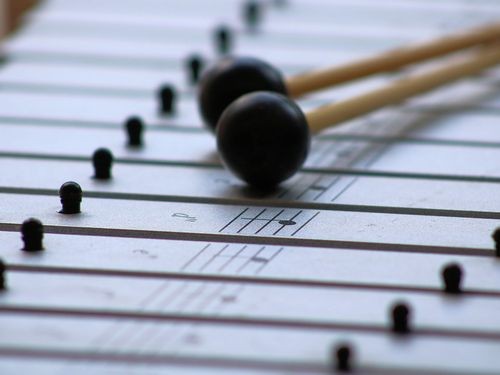 Taiwan has won two gold and two silver medals at this year's Italy Percussion Competition, an annual event that has been held by the Italy Percussive Arts Society since 2003.

The gold medals were won by Chen Yi-hua (陳奕樺) and Lee Ting-ni (李庭妮), who competed in the Group A and B xylophone competitions, respectively.

The silver medals were also won on the xylophone, going to Shih Meng-hang (史孟航) in Group B and Huang Jin-wei (黃晉韋) in Group C.

Wu Pei-ching (吳珮菁), a renowned xylophonist for the Taipei-based Ju Percussion Group who was invited to serve as one of the jurists in this year's xylophone competition, said Sunday that the event was divided into three groups.

According to Wu, Lee is a post-graduate music student at Taipei National University of the Arts and also a member of the Ju Percussion Group.

She was the xylophone champion at the Taiwan International Percussion Competition in 2017.

Shih is Lee's classmate at the university, and they both train under Wu, who is also an associate professor in the university's music department.

Huang, a member of the Ju Percussion Group as well, is currently working toward a doctorate degree in music, also at Taipei National University of the Arts.

He came in third place in the Italy Percussion Competition's Percussive Arts Web (PAW) contest in 2016 and has also been nominated for the 2016 Music Star award, an honor given by the New Taipei Cultural Affairs Department for new and upcoming musical talent.

The 17th edition of the international Italy Percussion Competition was held Sept. 24-29 in Montesilvano Pescara, Italy.