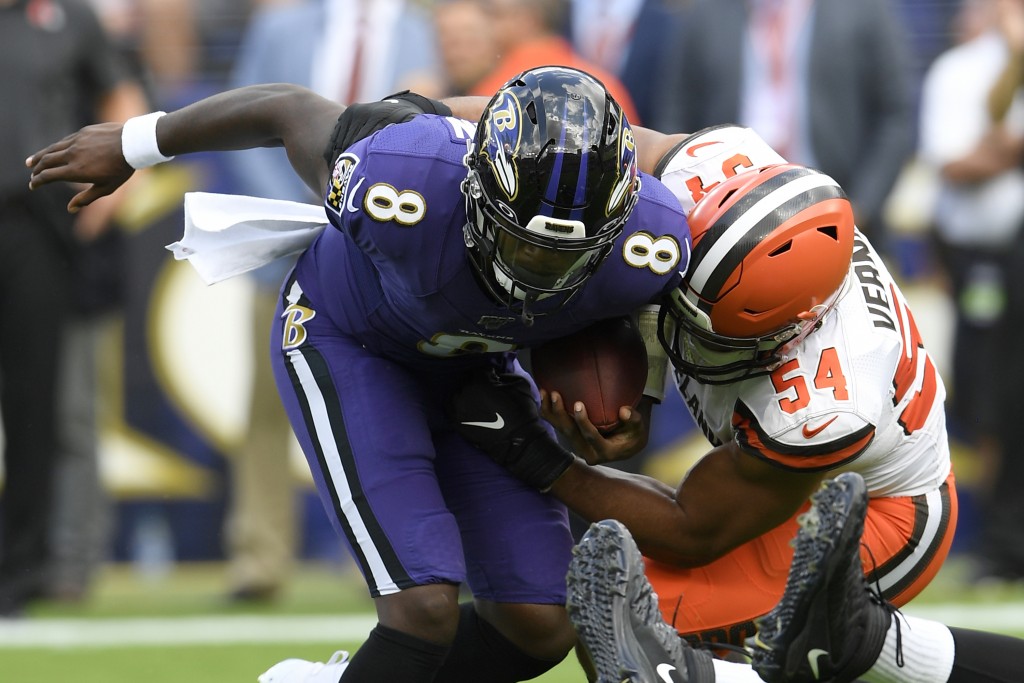 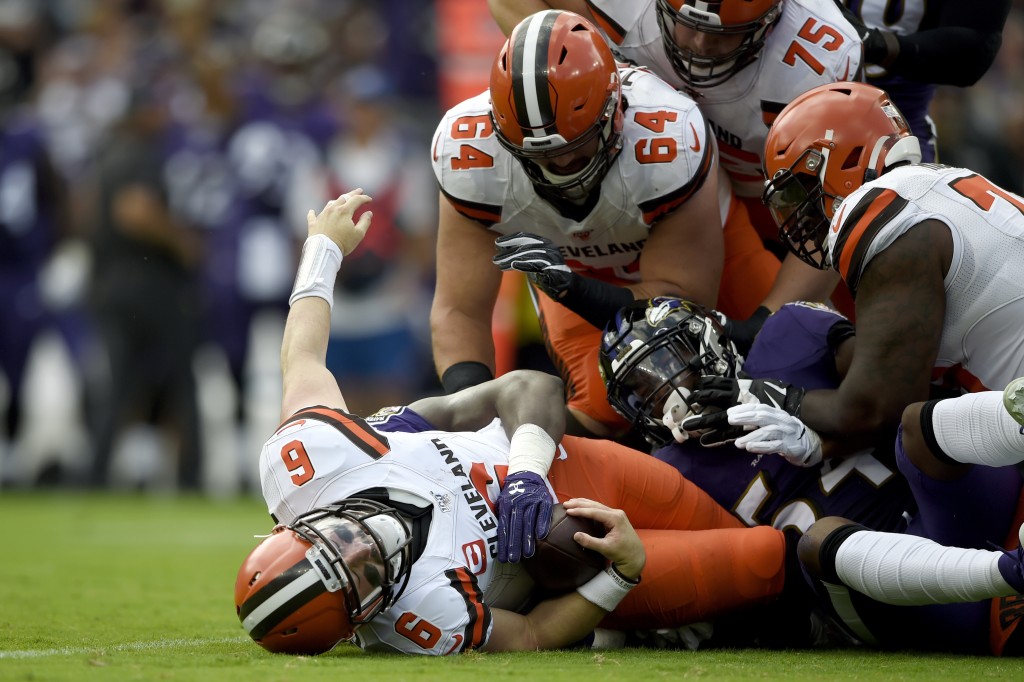 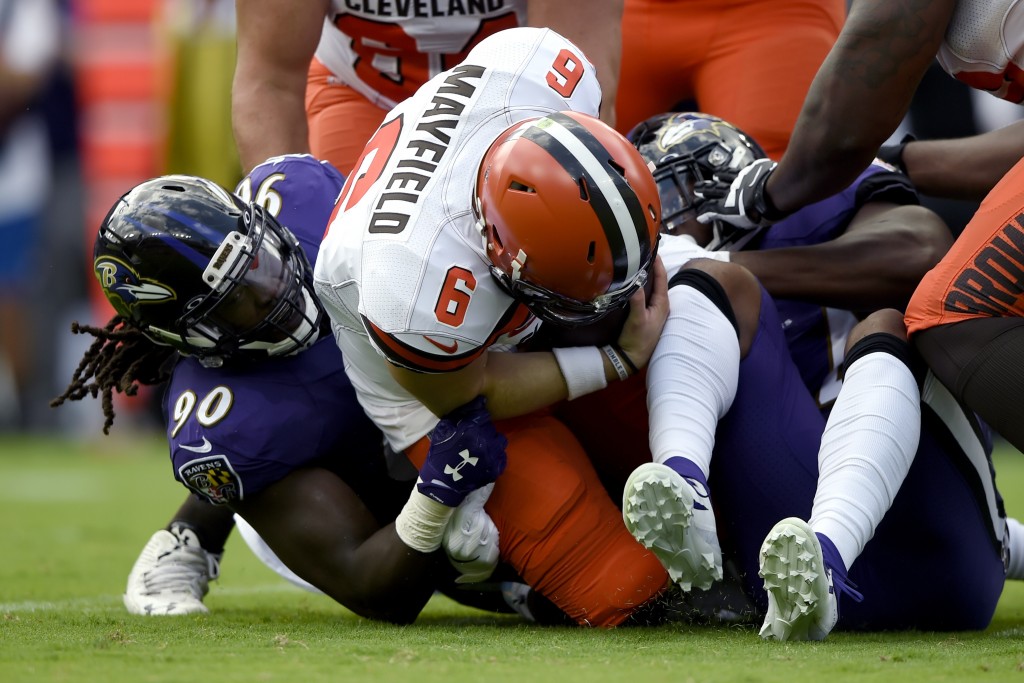 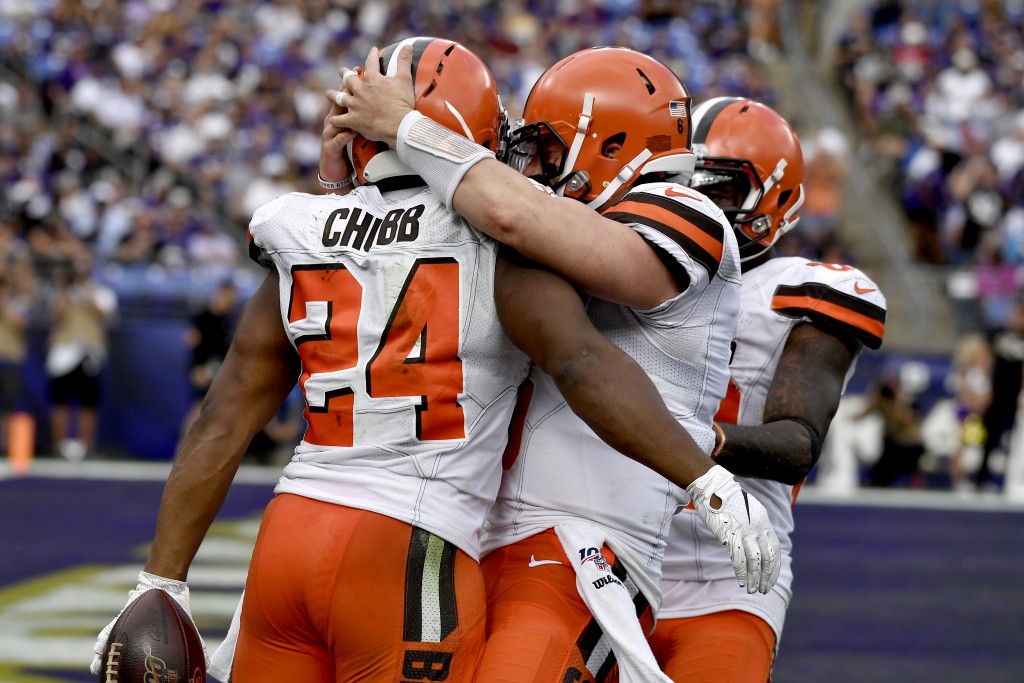 Mayfield threw for 342 yards and a touchdown, Nick Chubb ran for a pivotal 88-yard score and the Browns beat the Baltimore Ravens 40-25 Sunday to earn a share of first place in the AFC North.

Chubb finished with 165 yards and three scores against the league's third-ranked rushing defense. Jarvis Landry had eight catches for 167 yards before leaving with a suspected concussion, and Odell Beckham Jr. had two catches for 20 yards in a supporting role.

As a result, Cleveland (2-2) finds itself in the top spot of the division with the Ravens, who won it last year. It's the first time Cleveland has been in first place after four games since 2013.

An improved defense, the addition of Beckham and the expected maturation of Mayfield in his second year created a whirlwind of preseason hype around the Browns, who went 1-15 in 2016 and 0-16 just two years ago.

Mayfield had five interceptions compared to three touchdown passes in Cleveland's first three games, but it all came together for the 2017 Heisman Trophy winner against the Ravens, who owned a 30-10 lead in a series that began in 1999 — three years after Art Modell moved the original Browns to Baltimore.

Jackson's deft passing and elusive running were a key part of Baltimore's 2-0 start, but for a second straight week he couldn't make up for his own team's porous defense. He got the Ravens to 24-18 with 9:51 left before Chubb took a pitch deep in his own territory, burst through a hole on the right side and ran untouched into the end zone.

A subsequent fourth-down gamble by Baltimore failed before Jackson threw successive interceptions. The first one ended a run of 248 passes without being picked off.

Down 17-10, the Ravens were moving for the potential tying score when Mark Ingram had the ball pried loose by Jermaine Whitehead, and Chad Thomas recovered at the Cleveland 26. It was Baltimore's first turnover of the season.

The Browns immediately went the other way and grabbed a two-touchdown advantage late in the third quarter with a 2-yard run by Chubb.

The Ravens inducted former coach Brian Billick into the team's Ring of Honor, adding his name to the facade on the upper deck. Billick led Baltimore to a Super Bowl victory during the 2000 season and went 85-67 from 1999-2007.

Browns: Starting CBs Denzel Ward and Greedy Williams were inactive with hamstring injuries for a second straight week. ... LB Willie Harvey left in the first quarter with a shoulder injury and did not return.

Ravens: DT Brandon Williams (knee) was placed on the inactive list after struggling during a pregame workout.

Browns: For the second time in three weeks, Cleveland plays in prime time, facing the San Francisco 49ers on the road Monday night.