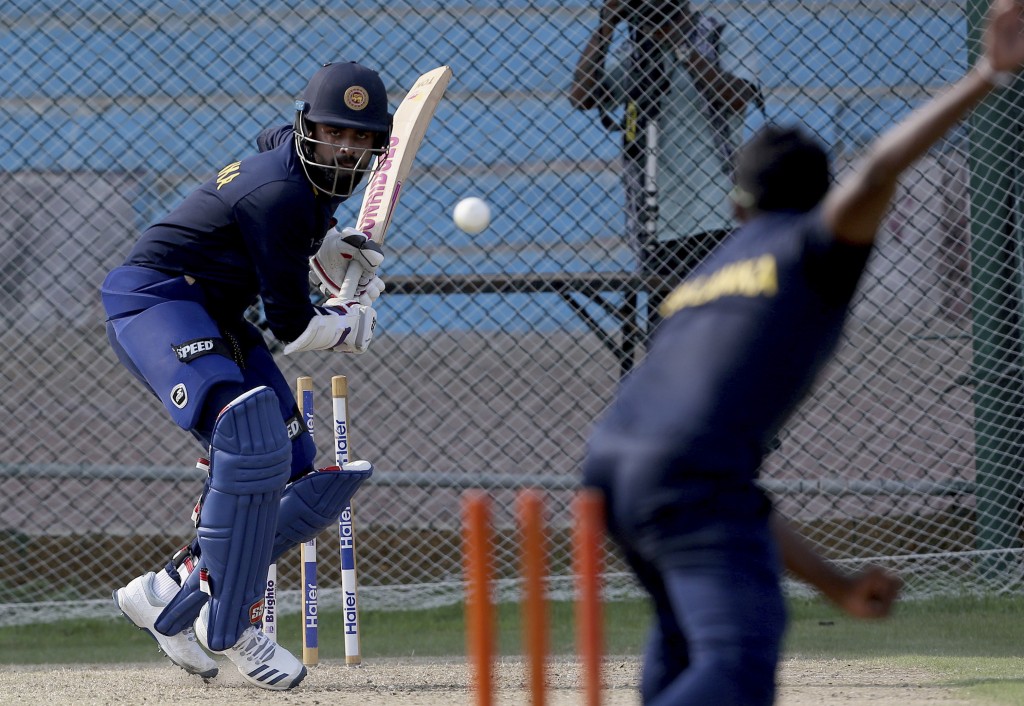 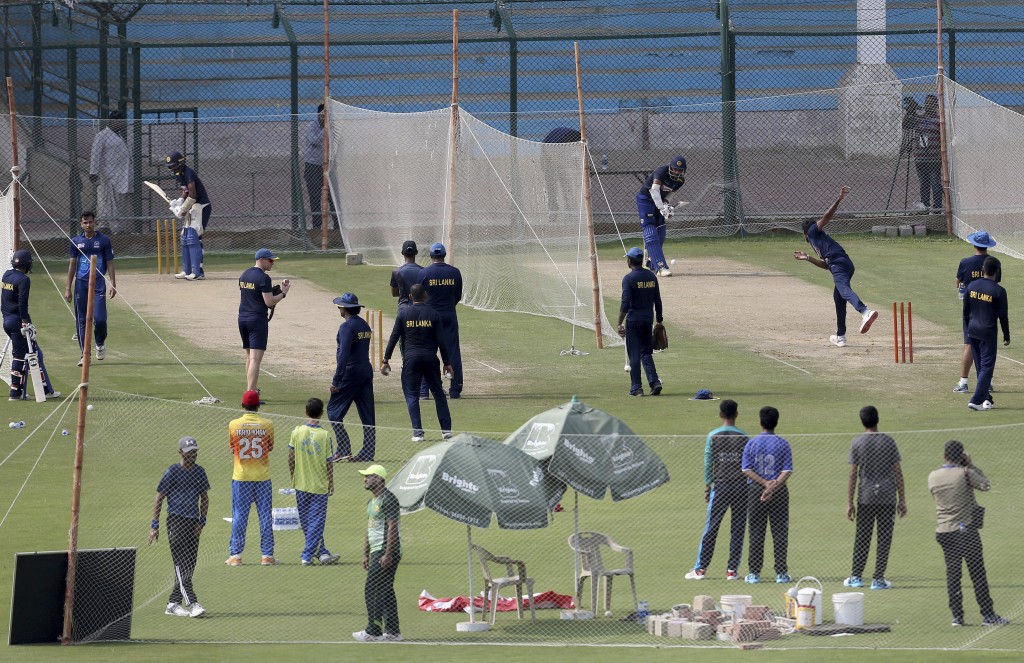 KARACHI, Pakistan (AP) — Sri Lanka coach Rumesh Ratnayake hopes there won't be any rain over the next three days in the southern Pakistani port city hosting a rare visit by a foreign team to allow their ODI series to go ahead.

Unseasonal rain in Karachi washed out the first ODI on Friday and that forced the Pakistan Cricket Board to reschedule the second ODI for Monday instead of Sunday. The third and final match will also be played at the same venue on Wednesday.

Sri Lanka had just two training sessions since they arrived in Pakistan last Tuesday where they will also play three Twenty20s in Lahore between Oct. 5-9.

"Even before we came here the preparations were hampered by rain (in Sri Lanka), it seems as if it's raining in the whole world," said Ratnayake, who has played 23 test matches and 70 ODIs for Sri Lanka.

"The prep hasn't all been that good but that's not going to be an excuse which I will give because they are all professional players," he added.

Ten of Sri Lanka's top players refused to travel to Pakistan for the limited-overs series due to security concerns despite the Pakistan government providing the team with high level security normally reserved for heads of state.

"Even though 10 players aren't here, the people who have taken their place are aware that they are challenged to do well, it's for their future also, so hope there won't be any rain," Ratnayake said.

Pakistan is due to host Sri Lanka in December for two test matches as part of the World Test Championship and Ratnayke said he hopes the present series goes some way to addressing players' concerns.

"This will just be a pre-cursor for that tour," Ratnayake said. "I'm sure this will certainly encourage the others to take decisions, we can't enforce it on them.

"They have taken a decision and we have to respect that, but certainly if things go well, this is a huge thing for the future, not only for them but for all other countries to be here."

The coach said it's not difficult for him to keep his players motivated despite the fact that they will be up against a strong Pakistan team.

It is the first time since Sri Lanka's team bus was attacked in Lahore in 2009 that a foreign team will conduct a two-week tour of Pakistan.

Major teams have avoided the country since that ambush, which killed eight people and injured several players.